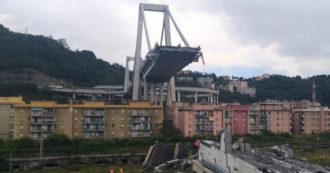 Schemaquarantatré, the special purpose vehicle that will launch the takeover bid on Atlantia on behalf of the Blackstone fund and Edition, the Benetton holding company, will change name. The president of Edizione announces it, Alessandro Benettonafter the controversy over the fact that 43 are also the victims of the collapse of the Morandi bridge of the 14th August 2018. The choice of the name has its own logic in the progressive system used up to now by the Ponzano Veneto family but the committee of relatives of the victims of the collapse had pointed out yet another episode of lack of sensitivity. “We gave the order to the company structures,” he explains Alessandro Benetton on the sidelines of the presentation of his autobiography in Milan.

The Benettons baptize the company for the offer on Atlantia “Schemaquarantatrè”. But 43 are also the victims of the collapse of the Morandi bridge

“This slip of our corporate structure leaves me speechless too: we immediately gave the order that the name of the company be changed, also as a gesture of discontinuity that this mechanism of consequential numbers be stopped and we move on to something else ”, adds the manager. The new name for the company will be “Alpha scheme”. Already today the meeting of Edizione will give the green light to the procedure, with the new name that must be communicated to all the authorities that are traditionally involved in the launch of a takeover bid, which in this case should start in the summer, presumably in August. From now on all the special purpose companies of the Benetton holding will be named with Schema and a letter of the Greek alphabet.

The offer that the Benettons are preparing to launch concerns the entirety of Atlantia, of which they already own 30%. Funds for the operation also come from 8 billion paid by the state for the sale of 88% of Autostrade per l’Italia. Atlantia remains holders of motorway concessions in Spain (where he controls the Abertis group) and in Latin America, in addition to owning Airports of Rome, the airports of Nice and Bologna e the Telepass company.

“I come from a family where following the rules is imperative. To understand who I was, I had to break them, ”he writes Alessandro Benetton on the first page of his autobiography presented today and edited by Mondadori. After recognizing that he had some advantage at the start (“but also my life, like everyone’s, was not a walk”), the manager concludes “To think big you need to expose yourself, take risks, get out of your own zone of comfort: from the reassuring familiarity of what we already know “. We know “that we have a finite time available, but our work can go beyond it and project traces of us into the future, if we can decline it in an ethical sense”

After the controversy, the Benettons change the name of the holding that remembered the number of victims of the collapse of the Morandi bridge – Il Fatto Quotidiano