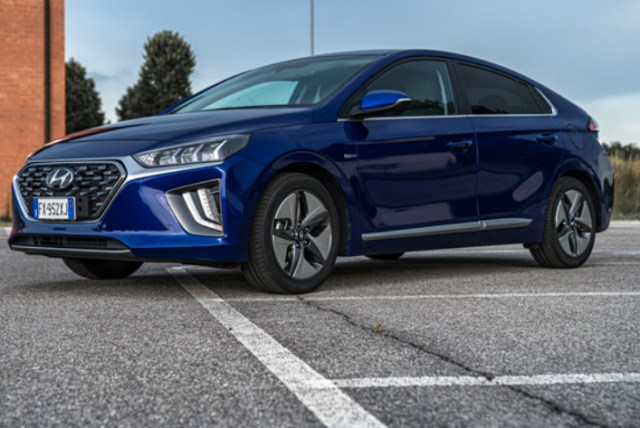 An electric is not convenient. Silvio claims it, a reader who today drives a hybrid (Hyundai Ioniq) with which he travels 15,000 km per year. Vaielectric he replies. We remind you that your questions must be sent to the email info@vaielettrico.it

An electric is not convenient: “It does not pay for itself with use, taking into account the servant …”

“P.I own one full hybrid (2018 Hyundai Ioniq) which gives me great satisfaction and I already know that the next step will be an electric. I would like to ask you for help. I frequently read on the site, in the contributions of users, that “lelectric car pays for itself”Thanks to the savings it allows. I did the “servant’s accounts” as far as I’m concerned. With my car (the only one in the family) I drive about 15,000 km a year between cities and some outings for weekends and holidays. With a average consumption of 22/23 km with one liter (in summer also 25) but we are tight and do 20. At 1.8 euros per liter of petrol they make 9 euros per 100 km, 1,350 euros in a year. Let’s say my new electricity consumes 15 kWh / 100 km. In the bill (Eni gas and electricity) I pay 0.09 euro / kWh plus tax etc. Let’s do 0.1, then 1.5 euros per 100 km, 225 euros in a year. Let’s add the savings on road tax, insurance, coupons: let’s say about 2,000 euros in a year. Not a little, but far from “it pays for itself”: at this moment I should add at least 20,000 euros plus the Ioniq to have an electric type Mg Zs (or Kona or similar). That in 10 yearsat the time of the tie, will have zero value. Did I make a mistake or forget something in the account? Isn’t there a bit of exaggeration in that “pays for itself?” Silvio – Verona

If you sell your Hybrid to buy an electric …

Paolo Mariano answers – The electric car can pay for itself. But, obviously, according to ours starting condition and gods km that we travel annually, convenience can come first, arrive later, or never arrive. Let’s see to analyze in detail his situation. Let’s imagine you buy a new Hyundai, for example Kona Electric 39 kWh (list price 36,850 euros). Net of the state incentive without scrapping and dealer discount, assuming you sell your Hyundai Ioniq Hybrid for around 16,000.00 Euros, the cost of the operation would be 16,350 euros. At this point, consumption and annual management costs must be considered. Let’s start with consumption: if for Hyundai Ioniq Hybrid took the value of 20 km / l (considering that the homologation value is 19.8), we also take for Kona Electric the same value (in particular 7.4 km / kWh). Evidently you have a very light foot. Its annual energy cost would therefore be around 2,000 euros over a ten-year period.

… That’s how much he would spend for ten years

To this would then be added the cost of stamp dutywhich would start paying (to a lesser extent) only from the 6th year (unless you live in one of the life-exempt regions). total expense 322.50 euros over ten years. There maintenance for Kona Electric it costs 1,062 euros over ten years (site reference Hyundai ). Generally insurance of an electric one costs on average two-thirds of the corresponding thermal. Clearly we cannot know the class of merit of him, and we do not know the geographical area. I therefore entered a dummy value. But you can use your real value and maybe ask for a quote to insure a Kona EV. In ten yearsaccording to our calculations, in total, will have spent € 20,761.53.

If, on the other hand, he keeps his Hybrid, this is the comparison

The estimated cost in fuel up ten years, based on its consumption, it is 13,500 euros. The cost of the stampover ten years, is just under 2,000 euros. That of the insurance is 1,500.00 Euros and that of the ordinary maintenance and of 2,690.00 Euro (always source Hyundai). For a total cost over the period considered ten years d 19,676.60 Euros. Basically, assuming they are not necessary extraordinary repairs over the next ten years, the costs to be incurred would be the same. Regardless of the choice of him, its expense will be roughly the same.

An electric is not convenient? There are other things to keep in mind

There are substantial differences between electric and thermal:

-TAG / An electric one is not convenient

An electric is not convenient: Silvio does the math and … – Vaielettrico