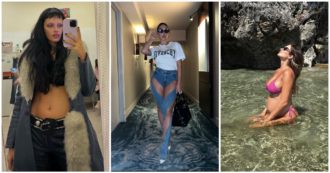 Throughout Europe we are trying to reduce the number of flights as much as possible, at least on the sections connected by high speed, to start the ecological transition also in the air transport sector. However the best strategy would be to also charge the planes for environmental damage which cause, with a fuel tax (as occurs in the road sector). This would ensure minimizing their use with fewer flights, larger and more modern aircraft, and also accelerating the advancement of regional aircraft hybridswhich already fly as prototypes, which use electric motors during cruises, assisted by thermal engines only during take-off and landing.

They depend on air transport more than other modes of transport polluting emissions: around 2.4% of global CO2 emissions come from air traffic, according to data from the International Council on Clean Transportation (ICCT). Together with other gases and water vapor produced by aircraft, the aviation industry as a whole is responsible for about 5% of global warming.

There are only 14 flights on the Brussels-London line (seven outward and seven return), in order to achieve ambitious environmental objectives and to make maximum use of the Channel tunnel. Before the opening of the Eurotunnel, there were even 64 a day. Even on the most important French route, the Lyon-Paris where for twenty years now the line has been served by only 10 flights a day (5 outward 5 return), the high-speed effect has made itself felt. More numerous are the connections between Paris and London with 26 daily flights. This is explained as they are the two largest cities in Europe. Also because the airports of the two capitals together have an almost complete range of intercontinental connections.

On the Milan-Rome, inaugurated 12 years ago, there are still 30 (15 + 15) movements that connect the Milanese city with the capital. Flights are operated strictly under monopoly by Ita Airways, born on the ashes of Alitalia. The excessive number of flights is explained by the fact that Ita like Alitalia previously he doesn’t want to leave any free slots to other companies competing in Linate. That would be enough 6 daily flights to guarantee connections with other destinations. These flights are a waste of public money and an unnecessary environmental damage because they are on average 55% full and there is a competitive rail alternative. It should also be remembered that the costs of this management fall on Italian taxpayers given that Ita has returned to being nationalized. 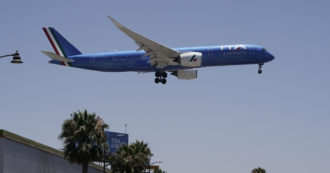 Ita Airways, the Treasury pours another 400 million into the company. Now the game of sale

In addition to the cost problem there is also that environmental so the polluting factors would not be reduced in the passage from the plane to the train. Furthermore, at Orio al Serio, an airport incorporated in the Milan airport system, six flights to Rome (3+3) have recently been scheduled which, added to those from Linate, reach a substantial number of 36. Yet Bergamo, like Milan, is served by high-speed connections with Rome.

For 30 years there have been attempts, never successful, to make stable connections to Rome from Orio without success due to low attendance. Further fill the already collapsed Bergamo airport for one leg already served by train and from the plane from Linate he is short-sighted. Given the numerous destinations with the European hubs of Orio result unnecessary these connections with Fiumicino are also expensive since they do not have a market that justifies them.

The 26 flights that take place on the Madrid-Barcelona route are explained differently, despite the high-speed trains that connect the two major Spanish centres. The annual traffic of Madrid has 61.7 million passengers (pre-covid 19 data), that of Barcelona 52 million, making a total of 124.1 million passengers. Milan Linate (9 million) e Milan Orio al Serio (13.8) total 22.8 million which, added to the 43.5 of Fiumicino, reach 86.5 million. Are the 32 on the Madrid-Barcelona route, which handles 124.1 million passengers a year, i.e. 37.6 million more than the Italian route, therefore justified? Not only. The Madrid-Barcelona route is operated by three competing companies (all private) demonstrating that there is at least the market that justifies them, while on the Linate-Fiumicino the flights are from Ita subsidized by the state which, in turn, also subsidizes the high-speed railway. What else should the state subsidize?