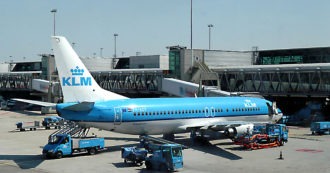 Still strong discomforts at London Heathrow Airport with British Airways it has suspended the sale of tickets for short haul flights departing from London airport until 8 August. The decision was made against the limit on the number of daily passengers that the UK’s largest airport has imposed for the summer. Heathrow had in fact instructed airlines to stop selling tickets to bring to in the summer months 100 thousand travelers manageable every day, 4 thousand less than previously planned. Ba’s suspension concerns flights to national and European destinations. The company had already announced over 10,000 cancellations in the summer months, for a total of 30 thousand suppressions since April. The whole sector is grappling with the serious problems related to the undersizing of the workforce (due to layoffs arranged during the pandemic) in the face of a strong recovery in travel demand. The past few weeks have seen a flurry of flight cancellation announcements and above-average delays.

Chaos skies, the KLM company towards the cancellation of 20 flights a day between now and the end of August

The data analysis company Cirium examined the cancellations decided by 19 of the main world operators in the period from April to July. The data is reported by the agency Bloomberg. The sample is relatively small but significant. Virgin Australia and the Dutch KLM are the companies that have canceled the most flights, almost 6% of the total. In the same period of 2019, flights canceled by KLM were just 1%. The Australian Quantas stood at 3.3% followed by the German Lufthansa (3.1%, more than double compared to 2019) and British Airways (3%). The big Americans Delta, United and America Airlines are around 2.5%. Followed by the Spanish Iberia (1.4%) and Air France (0.9%). Ryanair has so far managed to limit the cancellation rate to 0.7% of flights. The best figures are for Asian carriers Cathay Pacific (0.3%) and Singapore Airlines (0.1%).

The calendar of the next strikes – To complicate the situation there are also the numerous mobilizations of the employees of the airports and of the companies, first of all low cost, who demand more acceptable working conditions and an adjustment of wages to the increase in the cost of living. Next Monday the 4-day strike of the Spanish flight crew of Ryanair. On Friday 12 August, the Spanish flight attendants from Easyjet while the pilots have scheduled a stop from 27 August. Threats of strike also from employees of British Airways.

Supporting ilfattoquotidiano.it means allowing us to continue publishing an online newspaper full of news and insights.

But also to be an active part of a community with ideas, testimonies and participation. Support us now.

Another record quarterly for the big crude oil, British Petroleum collects 8.4 billion. Almost half will be used for financial transactions

Brussels extends the time frame for the exit of the Treasury from Mps. For the next government, the “hot potato” of the 2.5 billion capital increase