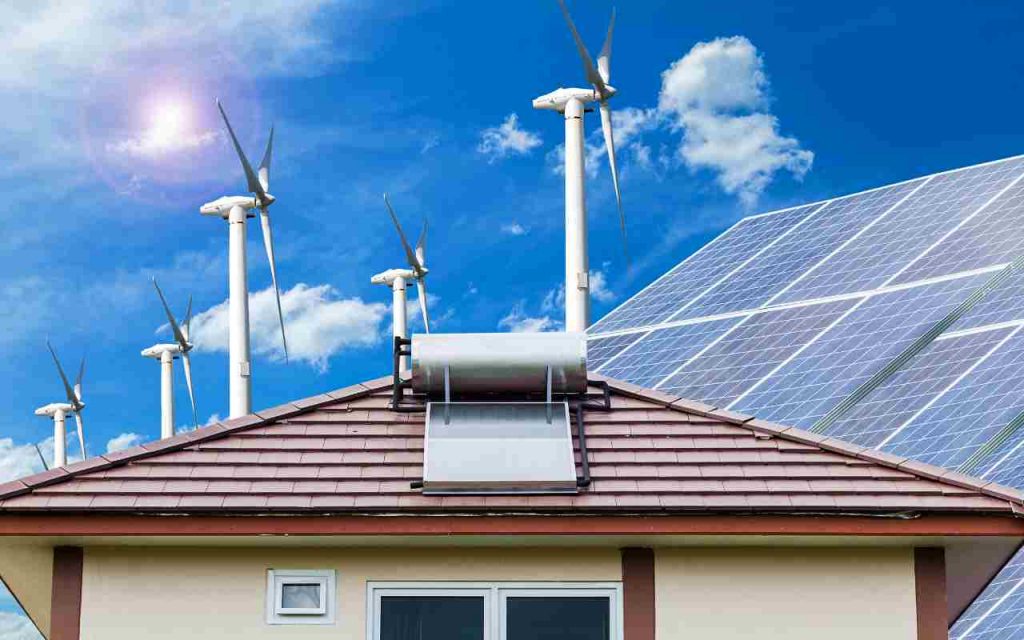 With the current energy crisis, many are thinking of installing an alternative energy system such as a mini-wind farm to exploit the power of the wind and save money.

Installing a home mini-wind turbine is not very expensive, compared to a photovoltaic system, and is also available in a do-it-yourself kit.

Obviously they do not guarantee energy autonomy but they can be a saving alternative especially if combined with photovoltaics. In this way it is created a mixed system which is the most suitable solution for many people.

Furthermore, since it can be connected autonomously to the electricity grid, the mini-wind could be a solution for second homes that are used a few months a year and located in a windy area.

DIY mini-wind power plant: you buy it with a bonus and save on your bill

Never before have many been thinking of one as in this period “green” turning point as a source of energy. Not only for the good of the planet but above all because of theincrease in electricity and gas bills. With the Energy Decree, the Government has set up various incentives so that you can choose to install renewable energy systems, such as photovoltaic and wind power. Or why not install both for a green turning point that cuts bills.

A mini-wind power plant it can also be installed on the roof or in the garden with a DIY kit. This further reduces installation costs. To make the most of this type of it is preferable to consult theWind Atlas of Italy. Managed by the Research on the Energy System (RSE) company within the Energy Services Manager (GSE), the Atlas is used to check the speed of the winds in the area where a mini-wind farm is to be installed.

Which type of system to choose for greater savings

There are two types of domestic mini-wind plants with two different types of turbines: horizontal and vertical axis. Both plants have one capacity between 3 and 6 kW and may have accumulation systems. They have a cost that is around around 1,000 euros per kW. Some models are available in DIY kits.

The plants ad Horizontal axis comes with the classic rotating blades with a height of three meters. The second, to vertical axis, they do not have blades, but panels that hook onto a support which then turns on itself. Here are the advantages of the latter system:

It is precisely the latter that are the most common in the home both because they are easily positioned on balconies, terraces or in the garden with a reduced aesthetic impact and because, as mentioned, they are activated even with particularly weak winds. There are models with a power starting from 400 watts it’s a 3 kW power plant it can cover half of the annual domestic consumption needs.

In addition to saving on bills, installing a mini-wind system can give you one 50% deduction of the restructuring bonusbut only if the works are for the installation of plants that use energy from renewable sources.

DIY mini-wind power plant: you buy it with a bonus and the savings on your bill are considerable, cheaper than photovoltaic panels