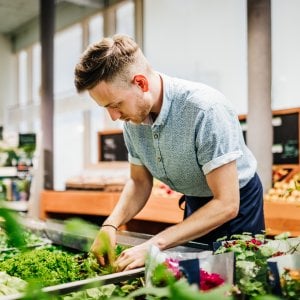 MILAN – Almost a third of Italians will find it difficult to pay their electricity and gas bills between now and the end of the year. It is one of the data that emerges from the Coop Report 2022 which questions itself above all on what will be the response of families to the crisis triggered by the tensions on the energy front and the subsequent repercussions on prices.

One of the most difficult choices is likely to arrive right in front of the users: to pay or not to pay? According to the survey, 15% of Italians currently declare that they are already in difficulty in dealing with spending and a further 17% will be so between now and the end of the year. On the other hand, the report still highlights, household expenses account for 38% of the total of households, up sharply from 32% in 2020. The average household spending on bills has increased from 560 to 110 euros for electricity and from 990 to 1700 for gas.

Federdistribuzione: “Many stores at risk of closing down”

Italians will therefore be forced to make sacrifices, but on one point they seem not to want to compromise: food. Indeed, the sharp rise in goods does not stop food consumption. If anything, the Italians will choose a different balance: 17% seem oriented towards reducing quantity and 19% towards increasing quality.

On what the Italians will save

With a broader view, meals away from home will be at the head of the savings items. One in three Italians will save on monthly spending on bars and restaurants, followed by clothing (31%) and non-domestic entertainment such as cinema and theater (27%). At the same time, 33% say they will postpone the purchase of travel and holidays, 32% of technology products and 30% of furniture and home furnishings.

The leap in inflation does not, however, strike in an undifferentiated manner. Single-income households pay the most for the high cost of living. With an average loss of purchasing power of 180 euros per capita, a single person will lose 2270 euros, a family with a single parent 220 euros, a couple without children 210, a couple with one child 180 and one with two 150.

Only a part of the cost increase transferred

In the background there are also the difficulties of large retailers struggling with a rush in purchasing prices in the last year was 14.9%, only partially downloaded downstream on shelf prices. Suffice it to think, both the president of Coop Mauro Pedroni and the managing director Maura Latini recalled, that the average price increase in the first seven months of the year was 3.5%, significantly lower than the national increase. inflation and also other sales channels. As for discount stores, for example, Pedroni recalled, growth was 7%.

Energy, the Coop report: one in three families will struggle to pay their electricity and gas bills