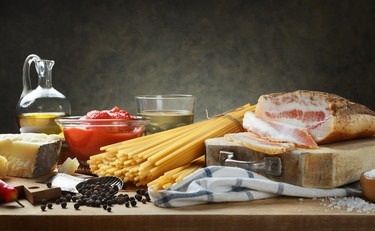 Inflation is also being felt in the shopping cart. But the wave of price increases that hit the products with a higher frequency of purchase risks being only the advance of the final sting on the portfolios of Italian families. According to the latest Istat survey on April prices, general inflation was 6.2%, a slight slowdown from the + 6.5% recorded in March. However, according to the Institute of Statistics, the prices of the shopping cart accelerate: from 5% in March to 6% in April. A fact that has sparked the indignant reaction of some consumer associations that point the finger at speculation. In reality, at least in our food supply chains, the exact opposite is happening. Prices rise, but much slower than commodity prices and energy costs. With the result that an important share of agricultural producers and several processing industries have literally seen the margins disappear. And they find themselves selling at a loss. About a third of the 30 thousand Italian farms are working at zero margins. Especially those who cannot count on economies of scale. From 38 euros per liter last summer, the stable price of milk has increased to 41 resulting from the supply chain agreement signed in autumn, up to the 48 cents granted by Granarolo to its suppliers. But now producing a liter of white food costs many farmers 51 cents. Shelf milk and cheeses should cost more. Not less.

Similar speech for pasta. The industrial cost of a kilo of macaroni has risen in a year from one euro to one euro and 50 cents. But there are few who manage to collect it. On the shelf spaghetti and tortiglioni have risen by 14.1%, a figure that infuriates consumer associations but does not remunerate the supply chain. Also because, at least in large-scale distribution chains, the increase in prices for goods that enter the average shopping cart of Italian families is lower than the percentage calculated by Istat in the April survey. While the Institute of Statistics calculates the price increases of the trolley as 6%, the research office of Federdistribuzione, the largest organization in the sector, quantifies them as 3.5%. “Throughout the supply chain there has been an effort to contain the increases and modern distribution companies, in particular, have so far absorbed a not insignificant part of the cost increases”, explains Carlo Alberto Buttarelli, director of the studies and relations office to Libero. of Federdistribuzione’s supply chain. “To be precise”, he adds, “the figure is the result of increases close to 6% on products with variable weight and 2.5% on packaged products”, in an effort to contain price increases and avoid a drop in consumption. «However, there has already been a decline», Buttarelli points out, «only in the last week purchases have fallen by 2% in value». A huge amount in such a short period of time. But the trend started a few months ago. Since the beginning of the year, the progressive value of sales by value in hypermarkets and supermarkets has fallen by 0.7%. Considering the trend in sales by value and the inflation data recorded with the shopping cart, large-scale distribution is already now recording a decrease in volumes sold, in the agri-food sector, of more than 3%. Therefore the decline in consumption is already underway. But this situation cannot last long. «It is as if a spring is being loaded in the supply chains. When it starts, and it is inevitable that it will happen “, concludes the head of Federdistribuzione’s research office,” there is a risk that the counters will reach much more substantial increases than those recorded up to now “.

It is difficult to quantify the blow that can hit families. Certainly, however, prices are destined to rise further. Also because the increase in the prices of raw materials is added to the explosion caused by the energy bill, doubled or even tripled for many industries involved in the transformation and packaging phase. Crying out speculation, as many are doing, is not only useless, but risks fueling dangerous misunderstandings. Speculation has existed and is still ongoing, but on large markets where agricultural commodities are traded, for example, such as the Chicago Board of Trade, the most important commodity exchange in the world. Without forgetting the strong hands of the countries involved, for example, on the buying and selling of cereals. By January, therefore, well before the war in Ukraine over the Russian invasion, China had already accumulated more than half of the world reserves of wheat, maize and rice. The speculation started from there. And it was suffered before all farmers, for example forced to buy corn at very high prices, never seen before.

Massacre in the supermarket: pasta, cured meats and oil? Where (and when) prices fly