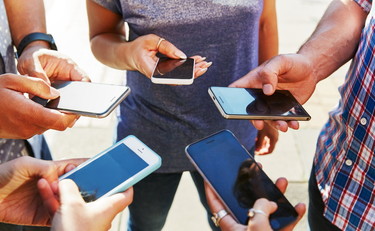 The smartphone? Now you buy it second-hand. On the contrary, “refurbished“: as they say today, which is also a little cooler. It costs less, you are spoiled for choice, it is even more eco-sustainable (another aspect, by now, essential: because fashions are like this, or they lengthen aftermath on everything or they are not fashions) and no more rip-offs happen to you. Specialized, certified, stamped sites and sites. With hundreds of user comments recommending it to you (“The iPhone 13? I paid half for it and it’s practically brand new”), gloating over the deal of the century (“It doesn’t even have a dent and I it arrived in the original box: I saved more than two hundred euros “), which seem to have discovered the way of mega digital offers. And which, however, start from a slightly less encouraging figure: in 2022 sales of cell phones and mobile phones collapsed. Not here in Italy (or, rather, not only in Italy), but all over the planet.

It is that we always have less money in your pocket and more and more bills to pay. The bills that have doubled, the shopping at the super that maybe now you are paying attention to the flyer with the discounts of the week, the gasoline that for heaven’s sake and the umbrella on the beach that makes you want to take a holiday in the mountains (but even there, incidentally, it is the same bloodletting). The pandemic that stopped us for two and a half years. Then Putin’s war in Ukraine. One arrives at the end of the month and takes stock. Of course, if by now you have a battery that doesn’t last even half an hour, this “blessed” cell phone on which we now depend (literally) even to order a pizza in the evening you have to change it. But how? Strategy Analytics, a company that has been dealing with this for years, that is to monitor what is happening in the world of technologies, claims that globally smartphone sales in the first quarter of this year fell by 10.9% compared to the same period in 2021 : which means a thud. Beyond 314 million device left on store shelves. There had been no such decrease in years.

But if, in the time of reading these four lines, the battery notch we mentioned earlier has already dropped by a few percent, you have to find a solution. And his name is “refurbished market“. Some time ago, when it started, almost only companies used it: those that buy smartphones by train because they have to distribute them among the various employees and also have to update themselves constantly. Not today. Today, more or less all of us do it. The fifty-year-old mother who learned to fiddle on the internet and the eighteen-year-old boy who was born to rummage the web. Second-hand cell phones are no longer a niche sector. It works exactly like cars: you look for the one that gives you the most guarantees, according to your needs and that’s it. You even keep a few extra coins in your pocket, which is always handy in the current times.

The insiders (i.e. a study of Sure Deal, coincidentally, one of the many companies offering such services) estimate that, by 2024, the turnover of refurbished smartphones will be worth something like 65 billion euros in Europe and that, by 2027, sales will increase by 10.23%. A refurbished cell phone can cost between 15 and 70% less than those found on the market and in Lombardy, Liguria and Lazio there are already many customers who rely on this kind of purchases. A good 9.7%: which is like saying that one in ten mobile phones bought in Milan, in the economic capital of Italy, is second-hand. In these three regions, among other things, in just two years, that percentage has doubled. In Basilicata, Calabria and Campania, on the other hand, the numbers are still low (from 1.11% to 2.85): but the trend is increasing. Women buy more regenerated products (but you know, we ladies know how to keep accounts much better than our companions) and the most requested brand is that of Apple. Because then, in the end, the market is identical. Only that it takes an extra step.

Smartphone, watch out for the bin: what are the “latest models” with which they screw you