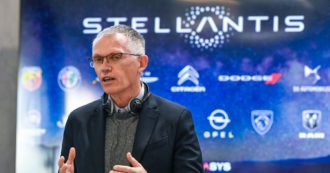 The Stellantis main circular economy hub, French-led group with tax office in the Netherlands, which arose from the union between FCA and PSA. The CEO announced today Carlos Tavares visiting Turin. The plant will be inaugurated in 2023 and will guarantee sustainable production and consumption models. The plant will begin operating with three activities designed to increase production sustainability: remanufacturing of components, reconditioning and dismantling of vehicles. The goal is to further expand globally. Tavares day was special, he met workers, institutions and then journalists but not the trade unions. The result is that investment figures, for now, have not come out and it is not clear if the promised places are additional or replacement compared to the current ones.

“As I told you when I presented the plan to 2030, we have created a business unit for the circular economy, a fundamental activity for the future and Mirafiori will be the most important circular economy hub for Stellantis in the world, both in Europe and in the North. America ”announced Tavares. Stellantis has also reached a new agreement with Punch Powertrain, to increase production of next-generation electrified dual-clutch (eDCT) transmissions for hybrid vehicles and plug-in electric hybrids, the agreement aims to meet the growing demand for electric cars and to achieve the objectives of the Dare Forward 2030 plan. The plant will be located in the complex of Mirafiori and will complement the production capacity in Metz, France. The start of production is scheduled for the second half of 2024. When fully operational, the Mirafiori and Metz plants will be suppliers to all Stellantis plants in Europe. Third point, in the intentions of Tavares, the Turin site could triple the production of 500E, rising to 90 thousand units, project currently held back by the shortage of components.

Stellantis, the US market pushes the revenues of the group (+ 12%) but for 1056 workers of Termoli triggers a salary cut

“The one arrived on Mirafiori is an important signal that shows how, even in the absence of an industrial policy of the government, it is possible to work with local authorities”, he explains to Ilfattoquotidiano.it Giorgio Airaudo, general secretary of the Piedmont CGIL. “The most important aspect and with the greatest prospects seems to me that of the circular economy. A European directive requires that in the future car manufacturers take back exhausted cars and manage their disposal, Renault plans to create a plant with 3,000 employees for this purpose “. Furthermore, the trade unionist continues, “it has a highly symbolic value the fact that what is a historic establishment of the European automotive industry is reborn as a key site in the new conception of the car and the transition from thermal engines to electric ones ”.

On the hypothesis of increase the production volumes of the 500E, Airaudo notes that a generational turnover of the workforce would also be needed. “The average age of the establishment is high, 56, and many workers suffer from physical problems related to wear and tear on the assembly line. One could speculate some sort of generational relay in which the most elderly are accompanied to their retirement in the face of new hires “. Airaudo recalls how several strikes have occurred recently in Mirafiori because working conditions have worsened, both due to the heat and the excessive speed of the assembly line.

“Today’s announcements highlight both our commitment to Italy and our ability to make responsible decisions to anticipate the impending global change in our industry, while we we strive to achieve our Dare Forward 2030 goals“Said Carlos Tavares. “I am very grateful to all those who participated in the definition and implementation of these plans to become a sustainable mobility technology company with the bold goal of becoming carbon-neutral compared to the competition,” added the Portuguese manager. . Tavares then explained “Stellantis is doing very well, I say this on the basis of first half results. It’s still a startup, a company in diapers, but the financial results are excellent, we are meeting all our commitments. There are many things to do, we have a very ambitious strategic plan. Very confident that the company will be able to turn a corner ”.

Among the Stellantis projects for the Italian plant there is also the pursuit of energy self-sufficiency. “While we are making production sites more compact, these are very large areas and large building roofs we could use it for photovoltaic energy. We carry out projects to generate energy that already exist in our factories, we can accelerate and invest in these projects or with a partner who could invest half and make a return by selling energy to us. We are talking to different energy companies or investors ”, said Carlos Tavares who added“ I have to protect the company by producing energy. the strategic decision will be taken by the end of the month. We could also move in several directions ”. 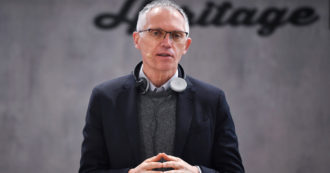 “In today’s meeting in Turin, the management of Stellantis made official two important investments in Mirafiori, one to build a circular economy hub for the recycling of components and the other to produce a new gearbox for the hybrid engine. Furthermore, this morning we learned that Tavares on a visit to Mirafiori also spoke of an increase in the production of the Fiat 500 Bev up to 90,000 cars a year. This is important news that will have to be used to relaunch Mirafiori and protect the occupation ”, they said Gianluca Ficconational secretary Uilm, e Luigi Paonesecretary of the Uilm of Turin. “A historic passage which rewards pragmatism and the ability to work together “. Thus the president of the Piedmont Region, Alberto Cirioand the mayor of Turin, Stefano Lorusso, comment on the results of the comparison with Tavares. “It is an important moment, the result of the desire to strengthen Stellantis’ roots in Piedmont and of intense technical work to explore all the tools and opportunities useful for maintaining and attracting future strategic investments to Turin” underline Cirio and Lo Russo.