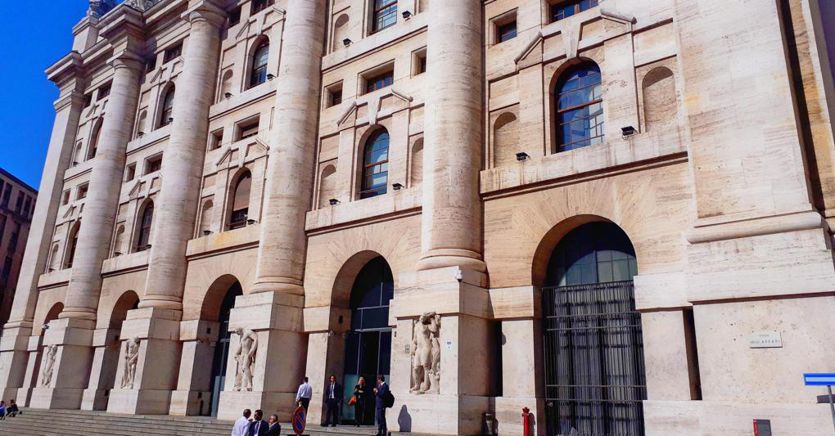 (Il Sole 24 Ore Radiocor) – Sales on technology stocks after the mixed prospects that emerged from the accounts of some big names have slowed down European stock exchanges. In Milan, the Ftse Mib limited the damage (-0.03%) thanks to the increases by Iveco Group and Leonardo. Paris (-0.09% the Cac40) and Frankfurt (-0.08% the Dax40) moved along the same lines. Amsterdam was further behind (-0.68% for Aex). Looking at the quarterly results, Microsoft announced numbers above expectations, but with a slowing outlook, while the Dutch giant Asml provided optimistic indications on 2023 despite disappointing the market on 2022 profitability. Texas Instruments also indicated weakness in all markets of reference except in the automotive sector.

Wall Street moves in the red after some disappointing quarterly results. Losing share in particular Microsoft and Boeing, after the aerospace giant unexpectedly recorded a loss in the fourth quarter, equal to 1.75 dollars per share, on revenues of 20 billion dollars. Consensus was for earnings per share of 17 cents on revenues of $20 billion.

On the macro front, in Germany the Ifo index which measures business confidence rose to 90.2 points in January from 88.6 in December, in line with forecasts which estimated a value at 90.1-90.2, returning to its seven-month high, at the June level. This is the fourth consecutive improvement. The sub-index on expectations improved, rising to 86.4 from 83.2 in December, while that on current conditions dropped to 94.1 from 94.4 in December. “The sentiment in the German economy has brightened,” said Ifo president Clemens Fuest. “The German economy is starting the year with more confidence,” he added. The recent drop in natural gas prices, the implementation of the government’s energy price cap for businesses and China’s swift reopening lifted mood on the near-term outlook.

However, investors’ attention remains focused on central banks: in Australia the jump in inflation to a 33-year high (7.8%) raises the bet on new interventions by the Reserve Bank, while a new 25 basis point adjustment is expected today by the Canadian central bank.

Iveco Group rose to a year-high and closed 3.13% higher after announcing the framework agreement for the sale of up to 500 E-WAY electric buses to De Lijn, the public transport company of the Flanders region , in Belgium. Buses account for approximately 11% of the group’s industrial revenues. Iveco, underlines Equita, did not communicate the value of the contract, «but we estimate that it could be worth 250-300 million euros, or more than 40/50 million per year, equal to 3% of the division’s turnover (under 1% overall of the group sales). The purchases also rewarded the Defense sector throughout Europe, taking advantage of the high tension on the evolution of the war in Ukraine. In Milan, Leonardo closed up 2.56%, thanks to the prospects for some new orders: from the return of the Turkish dossier for new Eurofighter Typhoon helicopters by the consortium (Airbus, Bae, Leonardo) to the possible order by the Nigerian Air Force for helicopters Agusta 109 Trekker and M-346 fighter aircraft.

After the diesel I'll take a hybrid: that's why - Vaielettrico
It is written Heineken but it reads scam: this is how they empty current accounts
Netflix pays 56 million unpaid taxes. "First case in the world of an occult society without personn...
Tweet
Share
Share
Pin