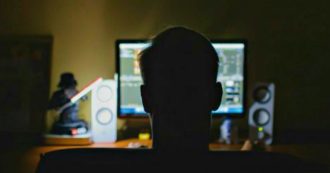 An idea and a vision to illuminate the financial future. So in 2008, after one devastating economic crisishe had imagined the use of cryptocurrencies that is peer to peer virtual currencies. It was supposed to be a revolution, but 14 years later, digital money that is not traceable (except through transactions) shows more shadows than lights. And the chronicles increasingly link cryptocurrencies to criminal actions: self-launderingpayment requests of ransom for computer crimes o compensation for killers hired on the darkweb. In recent days, the Supreme Court, in a sentence confirming a precautionary measure against a man accused of fraud and self-laundering, expressed a very clear opinion, underlining how “the configuration of the bitcoin purchase system lends itself to facilitating illegal conduct … “Because” it is possible to guarantee a high degree of anonymity (so-called system permissionless) without providing for any control over the entry of new nodes and the origin of the converted money “. Furthermore, the Supreme Court affirms in sentence 27023 of the second criminal section, which is “… now known the vast number of cryptocurrencies used on the darkweb precisely due to the particular characteristics of “opacity”, especially for the use of advanced cryptographic techniques, they guarantee a high level of privacy both with reference to the person of the user and in relation to the object of the sale “.

More generally, it is an extremely difficult phase for the universe of digital currencies. Bitcoin, the most widespread cryptocurrency, has lost about 70% of its value compared to the peaks reached last November, slipping from 70 thousand dollars below 20 thousand. So-called stablecoins, virtual currencies built in a way that theoretically should have ensured parity with the dollar, have denied this promise. The industry has been hit by a series of bankruptcies, lastly that of the large operator Celsius Network che froze millions of accounts. Celsius promised depositors yields of up to 18%, with the drop in prices and the leap in divestment requests, Celsius found itself short of cash.

Born and thrived after 2008, with completely anomalous monetary conditions, digital currencies now pay the slow process of normalization of the monetary policy of the Federal Reserve and the European Central Bank. The rate hike means that less money is headed for riskier assets like cryptocurrencies themselves. In the past it was believed that digital currencies could represent an alternative investment to equities, useful for diversifying the portfolio. In recent months, however, bitcoin and other cryptocurrencies have shown a very close correlation with stock indices, actually amplifying their drops. This is another reason why calls from central banks and supervisory authorities are multiplying for greater regulation of the sector.

Being a sort of outpost of the new finance, they are – according to the judicial authorities – used by the mafias to recycle illicit earnings to be reinserted into the legal circuit. Clans, gangs or families – as already reported by the Antimafia in 2019 – they consider cryptocurrencies a sort of paradise: financial transactions may be divided into several parts and distributed in anonymous portfolios, which escape the investigations of the authorities. Arms traffickers and human and organ traffickers also use bitcoins. The number of cryptocurrencies, as reported by Consob, has seen an increasing expansion starting from 2020, going from just over 2,400 to over 10,300 in April 2022. Capitalization also recorded a significant increase, although it remains contained in comparison with the markets equity. At the end of May 2022, over 60% of the total cryptocurrency capitalization is attributable to Bitcoin and Ether. The cyber security of applications underlying crypto assets remains a significant criticality profile. According to some sources, from September 2020 to the end of May 2022, the total amount of funds subtracted from decentralized finance applications (Defi – Decentralized Finance) following cyber attacks has exceeded i 2 billion dollarswith the most consistent increase in 2022. The share of the population owning crypto-assets reaches its highest in Ukraine and Russia (13% and 12% respectively), while among the major European economies it oscillates between 5% in the United Kingdom and 2%. % in Italy.