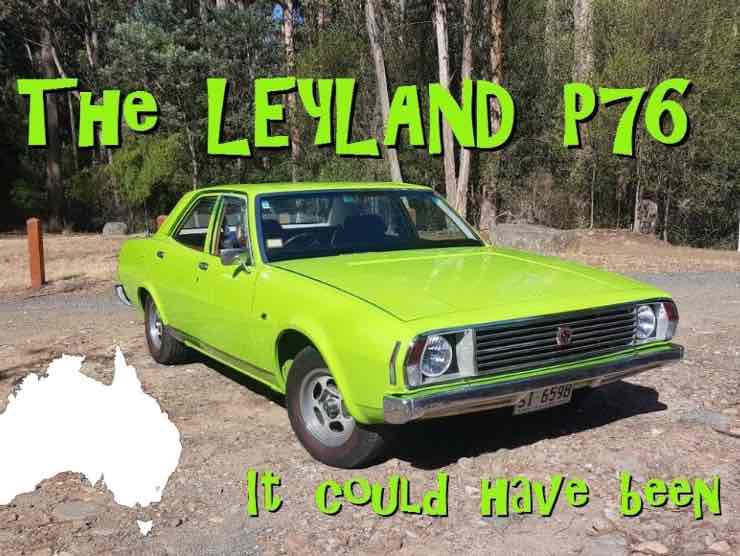 For the section on cars you did not know, here is the sadly never-ending story of the sedan that was supposed to revolutionize a little-known market. Unfortunately, Australia was not ready to welcome it as it should.

It is always interesting to take a look at those lesser-known automotive markets. Some time ago we explored the darkest of all, the North Korean one, discovering that in the country where a Communist-style dictatorship is imposed, you can in effect buy a local clone of a famous Fiat. Then it was the Brazilian one that Alfa Romeo had almost managed to conquer. Today, we take the plane to a location even more exotic!

Our story begins in 1969 in Australiaa country that as far as we know, to date does not have this large car industry: the large island located in Oceania in fact imports most of the cars from abroad and in particular houses that in Italy are almost completely unknown as Holden do business with gold in what pop culture calls the land of kangaroos.

That year, one British Leyland more and more frantic by the Japanese competition she had the idea of ​​trying to expand into a practically unexplored market: yes, we are talking about the Australian one. The British consortium which at the time included historic and powerful brands such as Austin, Rover and MG made her move. But it would soon prove to be a misstep.

Problems of all kinds

Officially renamed the Leyland Motor Corporation of Australia in 1972, the Australian division of British Leyland immediately began marketing an import version of the well-known Austin Mini with mixed success. But to decree the end of the company it was the car that should have kicked off BL’s triumphal market entry in the country.

There Leyland P76the first car designed from scratch for the Australian market by British Leyland, presented itself with the best conditions in 1973, also being elected Car of the Year by the weekly Wheels. The car that made extensive use of Rover mechanical components such as its six-cylinder engine was an elegant sedan designed by Giovanni Michelotti that immediately appealed to potential customers.

Unfortunately, its presentation coincided with the Oil Crisis 1973 – deja vu about what we are experiencing this year? – and above all with a rise in car component prices that literally broke the legs, or rather the drive shafts, of the newly launched Leyland P76. Sales were negligible and in two years, the house sold just 18,000 units.

As often happens for cars of this kind, today the P76 it is a small cult for enthusiasts. The same cannot be said of the brand which closed its doors for good shortly after the car went out of production. A real shame also because since then, Australia has never seen such an attempt to produce a local car like the sedan you can admire in this article.


Check out our social media profiles as well as other pages that are related to them.https://prress.com/related-pages/