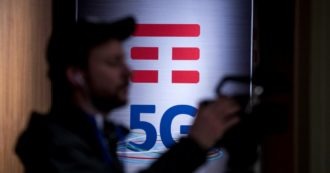 Telecom Italia accelerates on the sale of the network, an operation to be carried out through one “spin off”, ie the creation of a separate industrial unit of which the controlling stake would then be sold to a group of investors led by Cassa Depositi e Prestiti and to the Kkr and Macquarie funds. The network activity called Netco would then be integrated with Open Fiber, in turn controlled by Cdp and Macquaire. To get to the Unica Network, if all the pieces are in place, it will take a year and a half, explained the group’s financial director today. Adrian Calaza during the Capital Market Day. “At the end of October this is the time necessary for the binding documentation, the execution will take approx 15-18 monthswe will try to shorten this path but it is a complex project and the times are not 100% under our control, ”said the manager.

Broadband, there is the will underwritten by Cassa Depositi e Prestiti to go towards the single network. Five months to move on to commitments

The operation will reduce the debt borne by the Telecom group of around 11 billion euros, reducing it to below 20 billion. According to Tim Netco it will generate earnings before paying interest and taxes for 2.2 billion euros starting from 2025, with revenues of around 5.4 billion, to then rise to 2.7 billion from 2027. “NetCo may be the first example in Europe of fiber network infrastructure and technology hub available for the entire market and with a widespread presence throughout the country ”, underlined Telecom Italia in a note. The CEO Pietro Labriola stated that the separation of the network is a “top priority”. Tim’s plan aims to end with the creation of the single network, merging Netco with Open Fiber but “we are ready to manage all scenarios”Said Calaza. “We also have alternative options, for sustainable financial leverage even if the merger with Open Fiber does not take place, such as the sale of minority stakes in Tim enterprise or the stake in netco”. I must not tell you the preferred scenario – the CEO then turns to the analysts. Labriola – that the best is the sale to Cdp of Netco, to have a part of that synergy, but to dance the tango you cannot be alone “.

The plan also provides for all of the company’s commercial services to be spun off into a named unit ServiceCO, which will include a division for private consumers and one for companies as well as a unit dedicated to activities in Brazil. Serviceco will be born with a debt of 5 billion. For Tim Enterprise “we have great ambitions with revenues from 3 billion to 5 billion in 2030 with a change in the mix, the cloud will be the largest service with a 50% contribution to revenuei ”, said the CEO. Pietro Labriola. EBITDA will stabilize well above 34% to over 1.7 billion (from the current 0.9 billion with a margin of 32%). “We have a time horizon in three phases: up to the end of 2022, 18-24 months for the evolution of an autonomous company and from 2025 an acceleration of growth” he concludes.

Maxi organic scissor cut – The new Tim, in 2030 at the end of the reorganization plan, will have even less dependent. The reorganization involves a reduction of over 9 thousand units of which approximately 6.4 thousand in the Netco which would increase from the current forecasted 21.4 thousand employees to 15 thousand. Other 3,000 cuts will be in the consumer division while employees will drop from 14 to 11,000 or even less because “other shares are under evaluation” specify the presentation slide of the plan. The enterprise division will instead need about 5.5 thousand people (almost those already employed which should be 5.3 thousand).

To relaunch and restore the TLC Consumer business “we must work on the quality and image of the company and not on prices” otherwise it would be a price war again, reiterates Tim’s CEO, responding to analysts. “Anyone who wants to reach 100 million euros of EBITDA (profits before payment of interest, taxes and depreciation, ed) it must have 15% market share and steal it from others, who will not stand by. It could create a reaction that would trigger a price war ”, an unacceptable scenario. “Already in the next quarters we will be able to show you that our strategy works “ the manager promises, indicating that a growth path will be seen as early as 2023. The telecommunications market in Italy will soon have to reach a consolidation and Tim wants to be ready. “Looking at the data in Italy, 2 or 3 mobile networks can be held, the Italian market cannot hold four. This is why the market will go towards a market repair and we, if we lose the vertical integration (with the sale of the Network, ed) we will be able to play a role, remaining vertically integrated I would have more difficulties ”explains Labriola. “We expect an annual average fixed line growth of 2% by 2030”, explained the CEO. 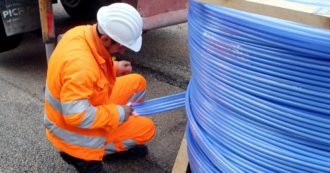 Broadband, a single network one step away from the agreement for the merger between the Open Fiber infrastructure and that of Tim. Estimated value 25 billion

Dividend? Perhaps – Tim did not think about a possible return to the dividend. “We can’t answer that question, we’ll do it after earnings,” the chief financial officer told analysts. “It is a decision that the board will take with the whole year. It will depend on net income today we are unable to answer“. Calaza reiterated that the priority objective is to go below 5 billion in debt and the rest can be used for the remuneration of shareholders. During the presentation of the plan Telecom’s stock has turned down on the stock exchange only to recover the losses. “Tim’s worth is certainly higher than it is today. We never expected the stock to rise after Capital Market Day. If I said I was selling the network at a very high XYZ value it was a ‘trigger’ that could lead to an increase in the action. But there is a business plan here, we need to recover the confidence of the market and show that we are capable of executing the plan ”, commented Labriola.

Tim “cuts” the big debt and accelerates the separation of the network. Maxi cut to staff: 9 thousand releases by 2030 – Il Fatto Quotidiano