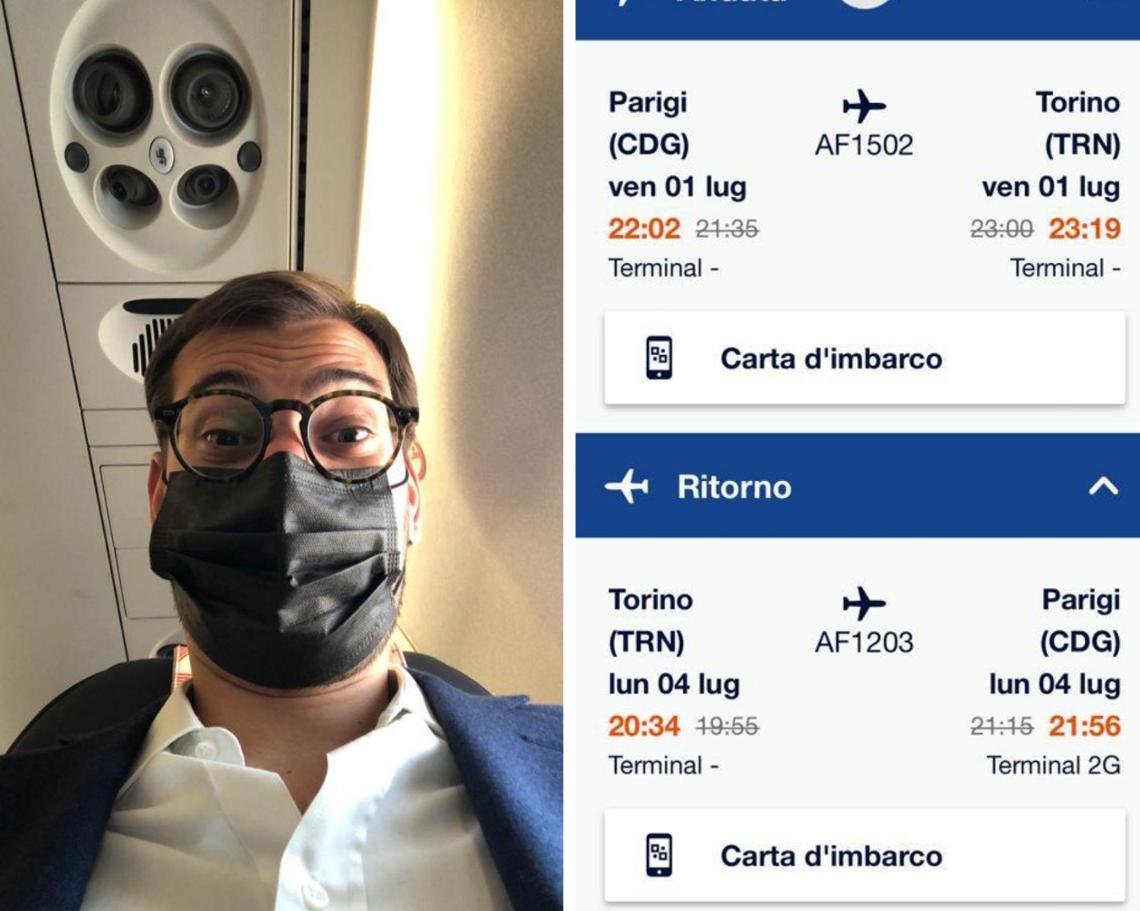 Epochal delays without warning, cancellations, lost luggage. A hot summer is also expected on the travel front. In the first summer exodus, 3 thousand flights were canceled in less than 48 hours and for those who took a ferry it did not go better. Not only. The lucky ones who managed to land, came across the taxi strike, protesting all over Italy against the competition bill. A real chaos. Or rather, taking up the words of some travelers, “a nightmare”.

Refunds – The guide on how to save the holidays
Airport inconvenience – Enac: “Difficulties will continue throughout July”

The family journey that never ended: the story of Lorraine
Lorena Marciano left with her husband and two children aged 10 and 5. «Last Thursday we went to Brussels airport – she says – and as we arrived at the drop off for our luggage there was an endless queue, almost arriving at the airport itself. But in the end, with a trick we were able to check in the luggage and not miss the plane ». The nightmare, however, had not even begun yet. «When we arrive at the gate they begin to board – she continues – but, while they were checking our passports, they tell us that there would be a sudden delay of 3 hours before, then they told us an hour. After that another hour was added – he laughs -. At the end of the 4 hours, they tell us that probably there would have been another chance of not leaving at all, that the plane would have been canceled ». The reasons for this hell are known: in addition to expensive fuel, there is a lack of staff. “There was a technical failure with us and they told us that they didn’t even have people to secure the planes,” explains Marciano, without hiding his frustration. “In the end you – she concludes – since we had to leave at 18.30, we left at 22.30 and arrived in Fiumicino at midnight and a half”.

Alessandro Negri and business trips: “Increased prices and constant delays”
You change country, city, airport but the story is the same. In Germany, only Lufthansa has announced the cancellation of 2,200 flights during the summer period. “About once a month I go to Hamburg for work – explains Alessandro Negri – and I noticed that prices have risen a lot: you pay about 30% more for airline tickets, while for rental cars the costs have tripled” . In addition to this, the 27-year-old also reports delays and cancellations. “The flights are almost never on time in the last period – he underlines-. In my case on the last trip I was 3 hours late due to the lack of baggage handlers. But I know that it gets worse: in France they cancel flights every other day as well. ” Strikes and cancellations are practically involving all of Europe: yesterday the negotiations between the Scandinavian company SAS and its pilots were interrupted and the strike that will follow in Sweden, Norway and Denmark will result in the cancellation of 50% of flights, leaving 30,000 on the ground. passengers per day, said the SAS itself.

From Paris to Turin and vice versa, Filippo Ciferri: “A hell”

From Charles De Gaulle Filippo Ciferri says he was lucky: «We were only half an hour late, but 10% of flights were canceled. It was hell. ‘ After the chaos of delayed or canceled flights in recent days, in particular due to a strike by employees of the central Paris airport, where thousands of bags have been awaited by passengers for days, Air France presented its “profound and sincere apologies”. But the situation is not destined to improve: in France, in fact, the unions have presented a new strike notice for next weekend.

Angelica Magno and the “nightmare” return from Ibiza

In the slalom between delays, cancellations and strikes, Angelica Magno sheds light on the problem of missed warnings. «On the way out, they brought us an early flight from 9 in the morning to 6 and a half, but on the way back it went worse – she says. They constantly move flight schedules and do not always send an email to warn. Fortunately, I am a person who checks and it happened to me that two days before they changed my timetable ». His return trip from Ibiza to Milan describes it as a “nightmare”. «I arrived on time at 11 at the airport, but the gate was closed and we were told that the flight was postponed to two hours later. We wait and, in the meantime, without anyone notifying us, they had changed the time again. They finally boarded us at 1pm and made us wait a good half hour without air conditioning to board the plane. In addition, upon arrival we waited for the bags at least 40 minutes, but there are those who have gone worse: many have lost their luggage ». Not only. “There was a taxi strike – he concludes -: the inconveniences in recent days are wasted”. On Sunday 17 July in Italy the pilots and flight attendants of Ryanair will cross their arms again, while in Spain the crew of the same Irish company will stop in three blocks of four days: from 12 to 15, from 18 to 21 and from 25 to July 28th.

The ferry to Elba with the daughters: the story of Isabella Giampaoli

But even those who took a ship did not escape the nightmare. Isabella Giampaoli says she left Rome last Saturday: «We had the ferry from Piombino at 4.50 pm towards Elba. We arrived well in advance, around 3 pm, but there were over three kilometers of queue in front of us just to enter the port ”. With two little girls in the car, waiting on the asphalt under the July sun, armed with patience and the desire to enjoy a holiday, Giampaoli finally managed to get on board. «The hatch closed behind us, we were the last car – she continues – and I photographed it. A friend of mine who had to go up with us, however, did not make it and arrived on the island hours later ».

On social exchange tips for refunds
To photograph what is happening – not only in the European skies – are also the testimonies on social networks: from Twitter to Instagram, thousands of people complaining “flights canceled a go-go, strikes, undersized personnel – writes one user -. People want to leave, travel, go back to normal, but they weren’t prepared, and here is the result “. On Tik Tok users exchange tips on how to get refunds and many thanking the airlines – ironic – «for ruining our holidays». Some emphasize: “There is no blame for the staff.” But there are those who argue that the fault is not even of those who, after two years of the pandemic, simply wanted to enjoy a holiday.

“Traveling is a nightmare”: 5 stories of epic fail holidays