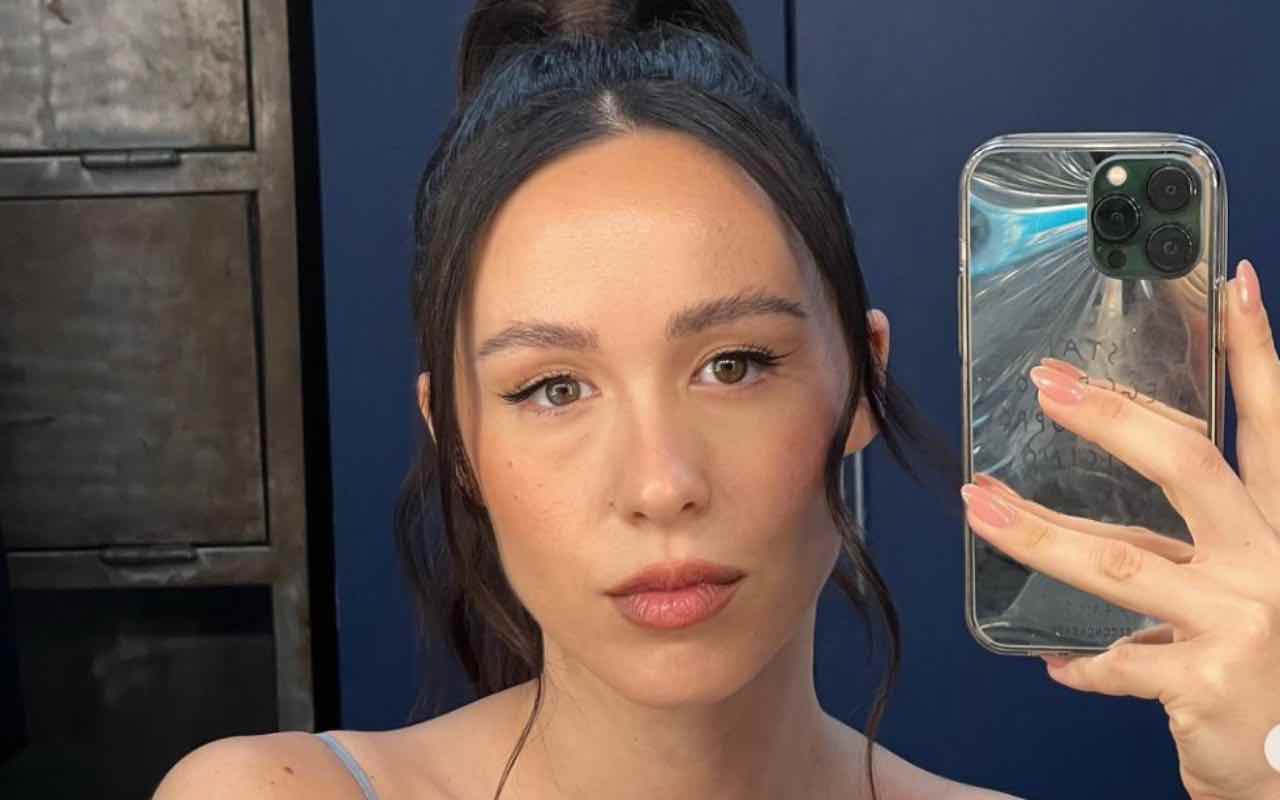 The influencer Aurora Ramazzotti shows herself without make-up, in a bra, sharing a shot on her Instagram account

Increasingly followed in recent months by Aurora Ramazzotti, the daughter of Eros and Michelle Hunziker. The girl announced her pregnancy some time ago and for this reason her spotlights have all turned towards her. Aurora Ramazzotti she is spending a long vacation in the mountains with her boyfriend Goffredo Cerza. The two seem to be in tune more than ever since Aurora is pregnant, both delighted to have managed to become a family. In fact, there are many shots published between laughter, cuddles and walks. Aurora is really radiant, very happy to be expecting her first child.

In Instagram stories she often shows herself with her beautiful baby bump, proud of having also managed to complete the move despite the impossibility of making an effort. In one of the last shared shots she showed herself in bra, completely without make-up and with barrettes in my hair. A very natural photo that reveals the spirit of the daughter of Michelle Hunziker and Eros Ramazzotti who has always stressed the importance of accepting oneself as one is.

Aurora Ramazzotti, in a bra and without make-up: now she shows herself naturally, happy with the future that is coming

“I realize that the clock runs unstoppable towards the end of my time ‘before’ and that the moment ‘after’ of you is approaching hastily”, he wrote referring to the baby who will be born soon. “I’ve never been able to visualize the future and I’m not so fond of the past, maybe that’s what makes me unconscious but free. – The new mother then wrote, expressing her feelings for this gift – And when they ask me if I have some healthy fear I just can’t answer yes, because when I think about it, at that moment it will spell the beginning of time after youall I hear is that I can not wait”.

The moving words also made the fans reflect, reflect on how much despite the differences in lifestyles, status, economic situation, the most beautiful things in life unite us in emotions, those that cannot be bought.

Aurora has always presented herself as true and genuine, which is also why for her, presenting herself to the public without make-up is no longer a problem: all the body shaming she received as a child has been archived. People will always find a reason to hate on social networks, not for this they will be the ones to hold the truth, quite the contrary. And Aurora has been able to demonstrate this, always trying to overcome her insults, with intelligence and wisdom, appreciating everything beautiful that her life has given her, and loving him even more.

The daughter of the Swiss showgirl had admitted that she suffered from all the times she was told she was less beautiful than her mother, but luckily growing up she learned to love herself, ignoring people’s thoughts. The sports bra shots show how far he is from the comments of the haters: she now loves to be seen in everyday life as it is, normalizing everyday life, the one away from the cameras which in the end makes us all similar, especially when we return home.

Aurora Ramazzotti: bra and no makeup, the natural shot – newsby

Baglioni in Caracalla, 'Twelve notes' between life and war
"Friends", Angelina Mango on the death of her father: "All hell broke loose"
The actress Beatrice Fazi and the "very famous" colleague who harassed her: "After that he went to b...
Tweet
Share
Share
Pin