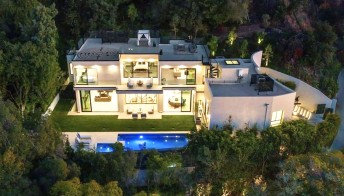 Their wedding was much talked about, from the guests to the dresses, so they could not miss the wedding rings: Brooklyn Beckham and Nicola Peltz they showed them off on Instagram, on the profile of the nail artist Tom Bachik. Lots of sparkling diamonds, with a mind-boggling price. But nothing different could be expected, after all, the whole wedding was extra luxury.

Brooklyn Beckham and Nicola Peltz, the faiths with which they said yes

A wedding super glamorwith among the guests many celebrities (like former Spice Girls Mel C and Mel B. and Eva Longoria), one dream villa and wonderful clothes. The wedding between Brooklyn Beckham and Nicola Peltz they were undoubtedly one of the events of the year, with a ceremony for which it seems they were spent 3.5 million.

The faiths, therefore, could not be outdone. To show her the nail artist Tom Bachik, through the your Instagram profile where he published the hands of the two newlyweds (tagging them) on which the beautiful and precious jewels stand out. Two wedding rings studded with lots of diamonds on the ring finger of both, in his also a gold band, in hers the magnificent engagement ring.

And the prices are staggering, the newspaper revealed it Page Six which made them evaluate. The result? The price is between 38 and 47 thousand euros. But the rest could have been imagined otherwise as they are both encrusted with diamonds, which are said to be 0.60 carats each.

In short, two wedding rings that fit perfectly with all the luxury of marriage. Is already the engagement ring in this sense he had to reveal something to us: an estimated value of over 300,000 euros (according to Alexandra Michell of Prestige Pawnbrokers).

Now a month after the wedding they have unveiled the wedding rings with a mind-boggling price, in the image of the two hands they stand out sparkling, sophisticated and beautiful.

The announcement of the engagement between Brooklyn Beckham and Nicola Peltz arrived in summer 2020, much to the delight of families. Apparently the two started there attendance in 2019but the confirmation of the love story via social media is dated January 2020. A great love, theirs, as also suggested by the excited words of the Beckham’s eldest son when he revealed on Instagram that he would be married: “I’m the luckiest man in the world, I promise to be the best husband and, one day, the best dad “.

And the special day has arrived: the April 9, the two became husband and wife.

Apparently they were over 300 guests to the dream wedding by Brooklyn Beckham and Nicola Peltz. Location an amazing villa owned by the Peltz family overlooking the Florida ocean. The bride sported one gorgeous dress by Valentino, also with a very high value: 112 thousand euros. It seems that the whole wedding cost 3.5 million. And if the ceremony was sumptuous and princely, the gifts were no less: just think that the dad of the groom donated a $ 500,000 electric Jaguar to the couple.

It is not surprising, therefore, the staggering price of the wedding rings sported by the newlyweds: perfect for a dream wedding, just like those in fairy tales.