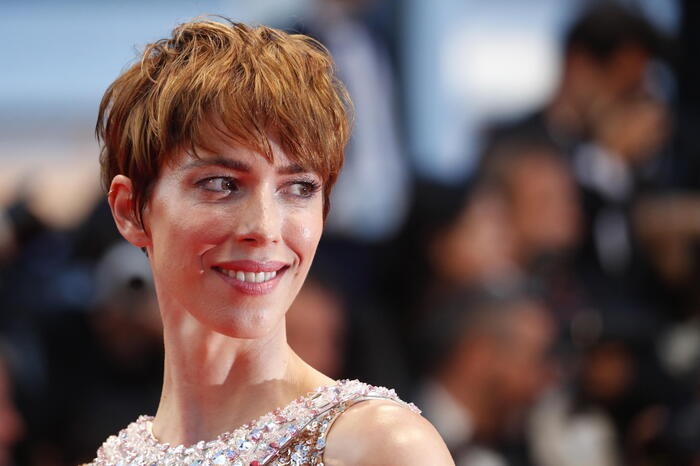 It will be a Montee des Marches to the rhythm of rock ‘n roll on Wednesday 25 May. There is the world premiere of one of the most anticipated films of the Cannes 2022 festival, Elvis by Baz Luhrmann dedicated to the “real” Elvis Presley, as the trailer says, and to his relationship with the manager, Colonel Tom Parker. And for the occasion, the Maneskin will make their cinema debut. After the victory in Sanremo 2021, that of Eurovision, the four Roman musicians who have become an international phenomenon with world tours coming up, are burning one stage after another, protagonists of an incredible rise and that of cinema was missing. Damiano, Victoria, Thomas and Ethan have gone to Memphis to immerse themselves in the atmosphere of the king of rock ‘n roll and are arriving on the Croisette where they will appear the day after tomorrow. The Maneskins will walk the red carpet for the gala screening at the Grand Theater Lumiere with Austin Butler and Academy Award winner Tom Hanks starring. One can imagine a crowd of great occasions in front of the Palais du Cinema. They flew into Nice this afternoon at 4pm and were immediately taken away from everyone, most likely to the hotel du Cap in Cap d’Antibes, which has always been the place of superstars in Cannes away from the crowds.

7th day, the Maneskins arrive. The Russians are prowling the Marchè (ANSA)

After the screening they will apparently be super guests of the Warner Bros party to celebrate the film and hopes are nurtured for their live performance with their version of the iconic IF I CAN DREAM, the song they already sing for the soundtrack. of Luhrmann’s film which will only be released in cinemas from 22 June. The invitations are nowhere to be found and there is total secrecy in the organization of the event scheduled after 10pm, an official ‘Elvis in Cannes’ party with guests, music, show that will also have a live social media stream on the TikTok @warnerbrosfrance account. Maneskin, have released a new single, Supermodel, with a Californian sound, the result of the group’s months in Los Angeles, produced by acclaimed producer Max Martin of Coldplay and Lady Gaga and presented in the Eurovision final in Turin 10 days ago. Now awaiting the world tour Loud Kids tour which will start on October 31st from Seattle, they will be protagonists this summer in a tour of the most prestigious world festivals to stop in Italy for two concerts: Thursday 23 June at the Municipal Stadium in Lignano Sabbiadoro and Saturday July 9 at the Circus Maximus in Rome. Filmed in Queensland, Australia, Baz Luhrmann’s Elvis (“The Great Gatsby”, “Moulin Rouge!”) Revisits the story of Elvis (Butler) as seen through his complicated relationship with his enigmatic manager, Colonel Tom Parker (Hanks ). The film, told by Parker, delves into the dynamics between the two over the 20-year time span from the inception to the fame of Presley, who reached an unprecedented level of stardom against the backdrop of an evolving cultural landscape that marks the loss of innocence. in America. At the heart of this journey, one of the most significant and influential people in Elvis’s life, Priscilla Presley (Olivia DeJonge).

“Austin Butler, who plays Elvis, is extraordinary. Congratulations to him”: so Presley’s widow, 76, applauded the young actor’s performance after a private viewing in a long message on Facebook. “I think you will understand a little better about Elvis’ journey, directed by a director who has put his heart, his soul and many hours into this film,” she added. “I’ve seen the Elvis movie. I’ve seen the trailer over a dozen times. But the words I heard from my daughter saying how much she loved the movie and how much she will like Riley [la figlia di Lisa Marie Presley, Keough] when she sees it they brought tears to my eyes, “Priscilla Presley said in an Instagram post with the trailer for the movie starring Austin Butler, Tom Hanks and Olivia DeJonge. She also said that” she relived every moment of the film “and that it took her “several days to get over her emotions”.