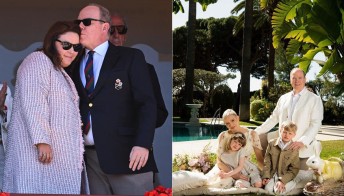 Charlene and Albert of Monaco they are now given for separated at home, indeed not even at home since she permanently resides in Roc Angel while he at the Palazzo. Meanwhile, new details emerge about the compromise the couple reached to save appearances.

Charlene and Albert of Monaco, separated at home

After the months spent in South Africa and then in Switzerland, Charlene of Monaco she finally returned home but not to resume her duties as a Princess. Before returning, you seem to have entered into an agreement with Alberto. On the one hand she undertook to maintain her institutional role for the good of the Principality and to guarantee a future for her children Jacques and Gabriella, on the other he promised her greater freedom by the constraints of the protocol.

As is well known, Charlene has never quite got used to the life of the Court and has not even tried to hide it, so much so that she has earned the nickname of a sad Princess. Sadness that she once justified with the nostalgia of Africa where she was born, but which in reality she hides a much deeper discomfort, that is a certain repugnance for the formalities of the Palace and above all the sense of not being well accepted by the Grimaldi family, in particular by Carolina for which she has always felt a strong jealousy, to the point of asking her husband to exclude her from the most important events of the Principality. To think that it is thanks to Carolina that Alberto in the months of Charlene’s absence was able to keep faith with all her commitments, also looking after her twins.

Charlene of Monaco, a mask of suffering

Compromise reached, Charlene and Albert of Monaco continued to live their lives separately. They just got together to make the official Easter photos where all the coldness and embarrassment between them is evident. On the other hand, that things could last a long time between them was unthinkable, as an anonymous source comments on the magazine. Gala.

Comparing Charlene to Grace Kelly, the insider points out that even the second one got used to the life of the Palace with difficulty but had the tools to succeed. Alberto’s wife, on the other hand, does not: “Charlene has always had a detached air or a mask of suffering that no one could enlighten. She is not a wife to be shown as a trophy ”.

Albert of Monaco flies from the ex Nicole Coste

For this reason, things did not work out between the Prince and the former swimmer, to the point of leading them to break up it will never be formalized with a divorce as told by a historical friend of Alberto. The two have found the right compromise to keep appearances safe but to live separately, so much so that second LC Newsthe Prince would have flown to Italy immediately after Easter not only for the official tour in Puglia but rumored to meet his ex Nicole Coste who was there with his son Alexander.

Meanwhile, according to the pacts Charlene should return to public for two charity competitions in Monte Carlo between the end of May and the beginning of June.