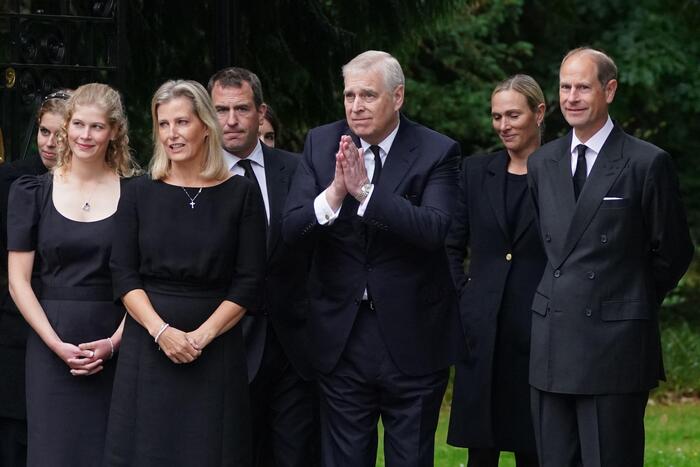 Charles III was formally proclaimed king in the apartments of St James, in the Buckingham Palace complex, by the Accession Council, an institution called to certify the succession between one monarch and another in the United Kingdom, and which meets only on this occasion. The ceremony, two days after the death of 96-year-old Queen Elizabeth and the ipso facto ascension to the throne of her 73-year-old eldest son, was broadcast live for the first time on TV. King Charles accepted before the Accession Council the deed of proclamation that certifies his succession to Queen Elizabeth, signing the relevant documents, later countersigned by various institutional figures including the queen consort Camilla. In a short speech, the ruler reiterated his homage to his mother, whose reign he called “unmatched in duration and devotion to service”, again promising to serve loyally – and following “the advice of Parliament. “, as a constitutional monarch – the country, the territories of the crown and the realms of the Commonwealth. He also promised transparency on the court accounts.

The ceremony took place in the absence of the new ruler, as tradition dictates. The Accession Council – a very choreographic body of the British constitutional monarchy – includes about 200 honorary members, including institutional authorities, court figures, top officials, members of the government and parliament and veterans of politics, including all 6 former living prime ministers of the kingdom, predecessors of Liz Truss: namely Boris Johnson, Theresa May, David Cameron, Gordon Brown, Tony Blair and John Major. The ceremony was presided over by Minister Penny Mordaunt, in her capacity as President of Council within the current Tory government, alongside the top of the body represented by the heir to the throne William, the new Prince of Wales, by the queen consort Camilla, Prime Minister Truss, the Anglican Archbishops of Canterbury and York, the Minister of Justice Brandon Lewis, and some officials. Mordaunt began by formalizing “the sad news” of the death of “our magnanimous Queen Elizabeth II”. She therefore gave the floor to an auctioneer for the reading of the act of proclamation of Charles as new king, with all the attached titles, including that of “defender of the faith”. Act concluded with the invocation “God save the King”, repeated with one voice by those present. Eventually Mordaunt invited council members to move to the Throne Room to meet King Charles III.

Hurray of people present, trumpet fanfares and cannon volleys fired in London as in the whole of the United Kingdom in these minutes they welcomed the public reading of the act of proclamation of Charles III as the new king and successor of Elizabeth II, made after the ceremony in front of the Accession Council, by a costumed auctioneer from the central balcony of St James Palace. The auctioneer read the ritual formula in a shrill voice, while wards of honor in full uniform lined up in the courtyard of the palace, adjacent to Buckingham Palace. Eventually he threw a cheer for the new king, echoed by the crowd

Meanwhile, a surprise rapprochement today for princes William and Harry, in Windsor. The two sons of Charles and Diana gathered to review together, with their respective spouses Catherine and Meghan at their side, the bouquets of flowers left in front of the entrance to the royal palace in memory and in honor of their grandmother, the queen Elizabeth, who died on 8 September. As did Princess Anna and princes Andrea and Edoardo together with her grandchildren at Balmoral.

They thanked the many subjects in front of the castle (ANSA)

The Queen is dead, long live the King. London prepares for the last embrace to the mortal remains of Elizabeth II, queen of a life for many, while welcoming the eternal heir Charles with an even unexpected warmth: the eldest son who reached the crown at the age of 74 and accompanied by the cheers of thousands and thousands of people today on his first entry into Buckingham Palace as a sovereign. Side by side with Camilla, now recognized as “Her Majesty the Queen Consort“almost as if to make us forget the stigma of having been” the rival “of the late Diana. A mature king and queen, now in charge of taking on the responsibility of a difficult succession.

King Charles: ‘William my successor as Duke of Cornwall’

In a country left as the orphan of 96-year-old Elizabeth, who died Thursday in the Scottish residence of Balmoral after seven decades of reign sealed by the admiration of many, on the island and around the world. As Carlo himself did not fail to recognize in his debut message to the nation: the first speech of the king. “I address you with a feeling of deep sadness and pain”, she said in a calm tone to millions of spectators, not without addressing a “thank you” worldwide to her “beloved mother”. To then point to “the example” of “service” and “dedication” to the monarchy and to its subjects, as a source of “inspiration”. Inspiration that translates to him now in the commitment to “serve” in turn the Kingdom “for life”: “with loyalty, respect and love”, rooted like the mother in the faith of the Anglican Church, but regardless of the creed or convictions of each of her subjects.

The solemn funeral in 10 days, the farewell stages


Words that mark the dawn of a transitional kingdomin expectations, and to which however Charles III aspires to give a full meaning: invoking first and foremost as support to his side the “dear wife Camilla”; then the eldest son and successor William, publicly designated Prince of Galles entering next to his wife “Catherine, new princess of Wales”; and addressing public words of “affection” also towards the rebellious second son Harry, and his wife Meghan, explicitly cited as if to deny the gossip of some tabloids about their alleged exclusion from that personal will of Elizabeth destined to remain secret for 90 years. All this against the background of an ecumenical discourse, in which the only reference absent was the unforgettable mother of his children, Lady D.

LISTEN TO THE PODCAST

Charles III is king, for him cannon salvos. Harry and William together with their wives in Windsor – Europe