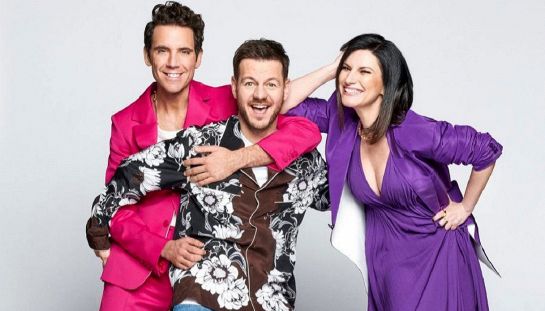 After a long wait, we are finally here: on 10 May 2022 the 66th edition of theEurovison Song Contestwhich takes place over three evenings at the PalaOlimpico in Turin. It is the third time in history that the competition has been held in Italy: the regulation wants the winning country of one edition to host the next one, as happened with the triumph of Måneskin in 2021. This is how the first semifinal of the international competition will take place.

First, Eurovision is divided into two semifinalsscheduled for 10 and 12 May, and one the final, called the Grand Final, scheduled for Saturday 14 May. The competition sees the representatives of ben challenge each other 40 countries, not only belonging to Europe in a geographical sense. In fact, the tender brings together all the television networks that adhere to theEuropean Broadcasting Union (EBU), also including non-European nations such as Lebanon, Israel, Azerbaijan or Australia. Of the 40 participants (there should have been 41, but Russia was excluded after the outbreak of the war), 35 perform in the semifinals, 17 in the first and 18 in the second. Among them, 20 will access the final together with the so-called Big FiveItaly, France, Great Britain, Spain and Germany, which have direct access to the Grand Final.

Eurovision: how to vote

During the first semifinal, therefore, the first 17 participants will take the stage: televoting will be opened only at the end of all the performances. For the 2022 edition of Eurovision, in fact, there is the rule according to which the score obtained by the singers is given for 50% by the televoting and for 50% from jury of professionals. As for the first, the mechanism is simple: spectators from home can give their vote to any artist, but not to the representative of their country (from Italy, therefore, we will not be able to vote Mahmood And Blanco); televoting remains open for 15 minutes, and only at the end of 17 performances. On the other hand, the vote of the national juries: each country competing has in fact its own jury of professionals, made up of five people; each of them must draw up, for each semifinal, a ranking of the ten artists that she has preferred. Based on the ranking, gods are awarded points to each delegation, starting from 12 for the first up to 1 for the tenth in the standings.

The guests and the order of performance

In the early evening of Eurovision 2022, the conductors Alessandro Cattelan, Laura Pausini And Mika they will also welcome some special guests on the stage, called the “kinetic sun” Diodato, winner of the Sanremo 2020 Festival who, due to the pandemic, was unable to participate in that year’s competition; after him also the deejay Benny Benassi and the producer Dardustwho perform with the group Sophie and the Giants. In short, between performances, guests and conductors, the show is guaranteed. Below the lineup and theexhibition order of the first group of singers in the competition:

Eurovision 2022: lineup and mechanism of the first semifinal