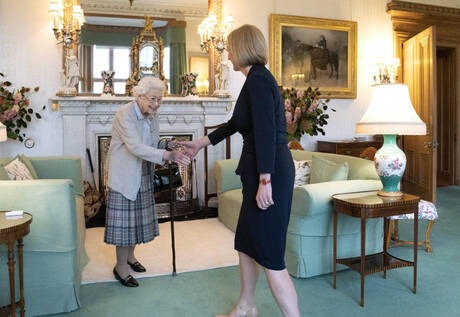 Death bells in London – from St Paul’s Cathedral to Westminster – in memory of Queen Elizabeth, who passed away yesterday after 70 years of reign. This is the signal that also sets in motion formally today the official mourning machine, marked, to follow, by the 96 cannon volleys – one for each of the years lived by Her Majesty – fired from Hyde Park as from other places in the country by military units of honor. Previously Downing Street had issued a note to communicate, on the sidelines of a meeting of the new Tory government of Liz Truss, the “full unity” of the executive in support of the new King Charles III. Queen Elizabeth II’s solemn funeral will be held on Monday 19 September at Westminster Abbey. American President Joe Biden will also be present.

The solemn funeral in 10 days, the farewell stages


King Charles then came to Buckingham Palace, to formally take possession of the throne inherited from Queen Elizabeth. The new sovereign, dressed in the dark suit of mourning, was welcomed by the crowd huddled behind the barriers near the entrance and stopped to exchange words and handshakes with several people: receiving smiles, greetings and messages at the same time. of condolences.

At Buckingham Palace he received British Prime Minister Truss for their first audience.

Charles will speak to the nation at 17 GMT, 19 in Italy. This is Charles’s eagerly awaited address to the nation as the new king of the United Kingdom. This was announced by the speaker of the House of Commons on the sidelines of a commemorative session in honor of Queen Elizabeth. Charles until this morning he had watched over the body of his mother Elizabeth. In the British capital, a series of commitments are planned: including its formal institutional proclamation, a meeting with Premier Liz Truss and one with the Duke of Norfolk, master of court ceremonies, to define the details of the official commemoration of the missing queen. . Carlo’s formal proclamation is expected tomorrow, with the parliamentarians’ oath of loyalty in his hands. While for the solemn coronation, the times will be longer: in a few months, after the mourning phase. Other royals had left Balmoral before him, starting with his youngest son Harry.

LISTEN TO THE PODCAST

According to the Mail online only her children Charles and Anna were at Queen Elizabeth’s bedside when she passed away yesterday at Balmoral Castle. The other closest members of the royal family arrived after the death of the sovereign took place, as was communicated, in the “afternoon”, a time indication that in the Anglo-Saxon custom starts from the stroke of noon. The eldest son and new king, together with the princess, were in fact already in Scotland and therefore in the face of a medical situation that precipitated in a few hours they managed not to miss the appointment. This was not the case for the other two children of the queen, Andrea and Edoardo, the latter’s wife Sophie and Prince William, who arrived together by car but too late. So also for the ‘rebellious’ grandson Harry: he was flying to Scotland when the death of his grandmother was announced

With the death of Elizabeth II, a chapter of history closes. The United Kingdom, the countries of the former British Empire and the world say goodbye in a climate of deep emotion to the queen of records, who died at 96 in the beloved Scottish residence of Balmoral, with her four children and closest family members around: a begin with the eldest son and heir to the throne Charles, who at 73 finally becomes king with his second wife Camilla at his side elevated to queen consort.

All the premieres of the queen

The daughter of George VI closed her eyes forever in the year of the Platinum Jubilee, the 70th of an era that began in 1952, and 18 months after the death of her inseparable consort Philip. After only Tuesday she had reappeared in a last public image – very fragile, but standing and with a serene smile printed on her face – to fulfill once again with irreducible dedication her duties as constitutional monarch: presiding over the handover between Boris Johnson and Liz Truss, the fourteenth and fifteenth premier of his very long reign, started under the sign of Winston Churchill in Downing Street. 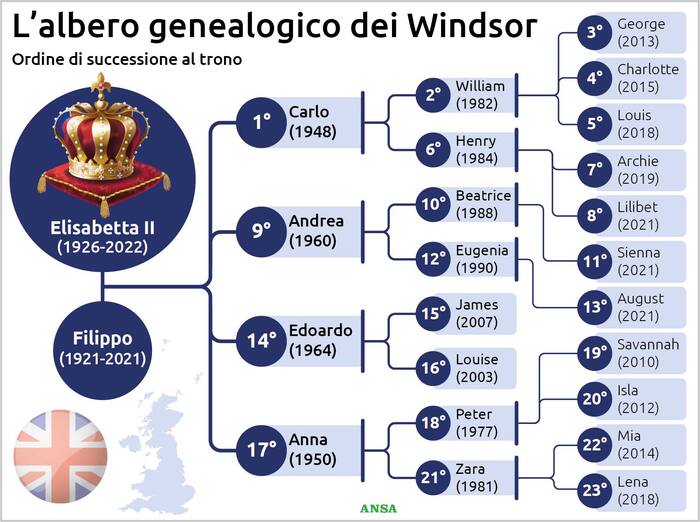 Elizabeth II is the queen of records: only Louis XIV, the Sun King, remained on the throne longer than her. Since 6 February 1952, the date of the sudden death of her father, George VI, the Queen of England reigned for 70 years and 214 days. In all, there are 25,782 days. (HANDLE)

Chinese President Xi Jinping today also offered his “sincere condolences to the British royal family, government and people” on the death of Queen Elizabeth II.. “On behalf of the Chinese government and people, as well as on behalf of her, Xi expressed deep condolences,” said state broadcaster CCTV. “His death is a huge loss to the British people,” said the Chinese head of state. 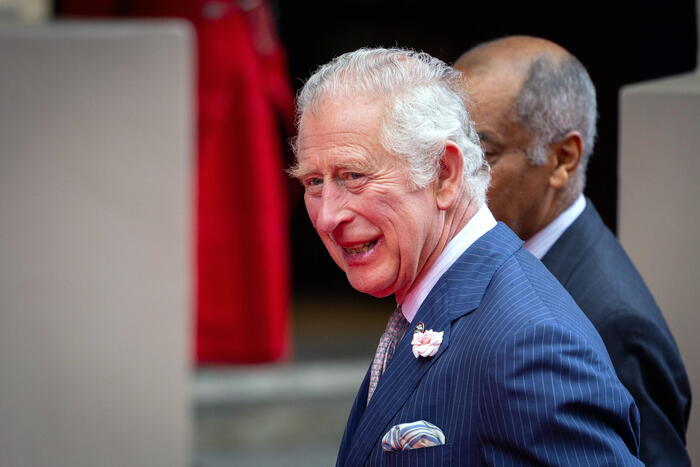 Farewell to Elizabeth, for her 96 cannon shots. Charles at Buckingham Palace, the crowd cheers him – Europe


Our social media pages here and other related pages herehttps://prress.com/related-pages/