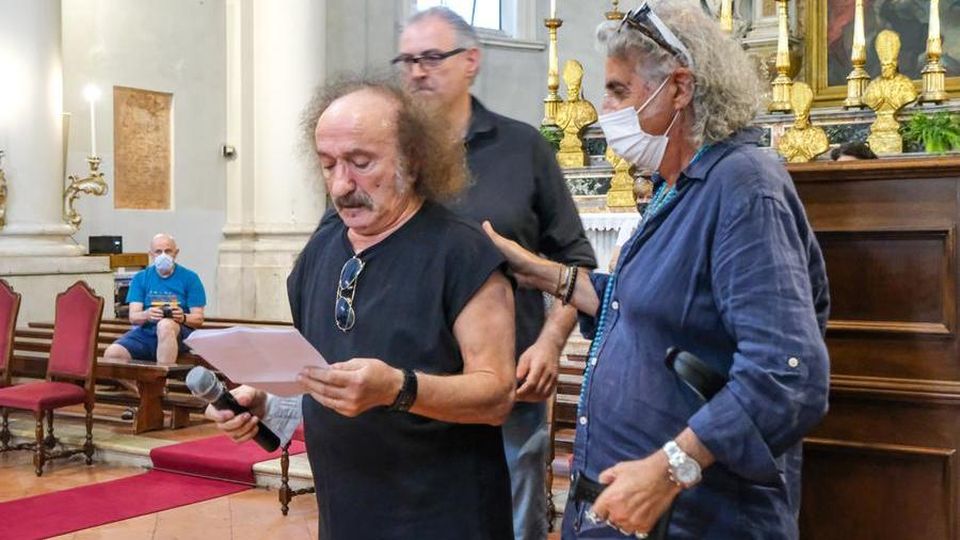 Last farewell to the leading musician of the Chameleons: Dik Dik and Shapiro present. From the altar the message of the bass player Macchia: “Now you will continue your tour among the stars”

CASTIGLIONE DELLE STIVIERE. The city of Castiglione said goodbye on 7 July Tonino Cripezzi of the Chameleons, his Tonino. And that is that Milanese artist, singer and keyboard player, adopted and that the whole beat generation loved. After the sad news of his death, which arrived on 3 July, the appointment was in Castiglione where Cripezzi had lived for over forty years with his wife Marina and children Nicolò and Matteo.

The voice marked by the pain of Livio Macchia, bassist of the Chameleons, and inseparable companion of these 60 years of career, on the notes of the Ave Maria, it was the most touching moment of a sober ceremony full of strong emotions. The final embrace between Marina, Cripezzi’s wife, and Macchia made it clear that these people were not only professionals loved by an audience that now includes several generations, but above all a united family. The human side has always been characterizing the figure of Cripezzi and his band which, of this figure, has always made a distinctive trait.

This is also demonstrated by the fact that among the pews of the cathedral there were friends, acquaintances, fans and simple lovers of his songs. “Now you will continue the tour among the stars. Thanks Tonino, thanks. Have a good trip”. These are the words of greeting from Macchia and the band who, among the pews, with dark glasses, receives the embrace of the people present in the church.

Among the benches also i Dik Dik And Shel Shapiro, but also many producers of a great season, that of the Italian beat, of which Cripezzi was, with Daolio dei Nomadi, one of the most beautiful and intense voices, as well as loved. “I scrolled through his songs to look for the right words with which to open this memory of Antonio – said the priest – but in the end I think it is correct to remember him with the words of his songs”.

And so the verses of Applauseone of the symbolic songs of the Chameleons’ career, resounded in the homily for the last farewell to Tonino, who died Sunday night after the first date of the tour, in Pescara, which would have brought him, with his Chameleons, still around Italy.

A career, that of Cripezzi and his Chameleons, which saw him give 23 albums to the press, including studio, live and collection works. His voice, and his vibrato – this is one of the most significant characteristics – are destined to remain among the most beautiful musical experiences of that happy season of the 60s and 70s.

In Castiglione, however, the memory of Tonino will remain alive in all those people who have always welcomed him and guaranteed him the tranquility that allowed him to live, up to the end, an artistic career that will almost certainly be unrepeatable. After the funeral, Tonino’s body was cremated.

Hi Tonino, it’s time to say goodbye: to Castiglione the homage of the Italian beat