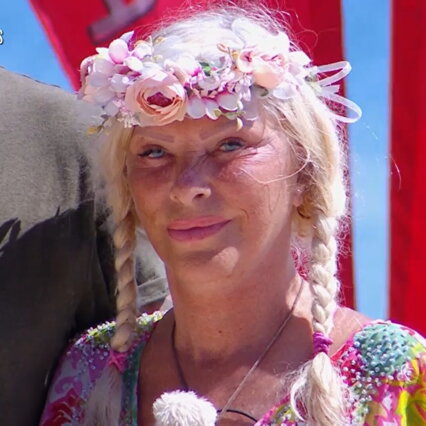 THE REBELLION OF ALEXANDER

– Ilary opens the new appointment with Carmen di Pietro’s concern for the intolerance of her son Alessandro, indifferent towards her and interested in independence and autonomy. If on the one hand there is the showgirl she would always like to keep him next to her, on the other hand there is the young boy who would like to start having her spaces. Carmen complains: “He doesn’t give me a kiss, he avoids me”, disappointed by her unexpected change. Despite the affection he felt towards his mother, at this moment he would rather have his space than her.

– After being the protagonists of a quarrel sparked by food, the heated confrontation between Guendalina Tavassi and Laura Maddaloni is staged. Gwendolyn is accused by Laura of not sharing the chariots and provisions she finds on the beach with the others while, for her part, Gwendolyn believes that everyone is against her regardless: “This is the Island against Gwendolyn, I am alone and I’ll be alone but I don’t care “says Guendalina, defending her reasons with a sword. On Playa Palapa the castaways are put face to face to confront each other and finally say everything they think in no uncertain terms: “I think you are prejudiced against me, Laura” begins Gwendolyn, explaining that she felt accused of not sharing food with the others when they are the first not to share their supplies with the whole group. “I knew where you were going to get the chariots,” says Laura. Meanwhile, Guendalina’s brother explains that everyone is trying to fight with her to emerge from her, attacking in particular Blind, Laura and Estefani.

THE LETTER OF BEATRIZ

– While Roger and Estefania seem sure of their feelings, there are those who continue to doubt their real intentions. Beatriz, Roger’s ex decided to express her opinion by writing a letter to the model, who, with disappointment and sadness, expresses all her feelings and concerns about her. “For me it ends here, do not look for me anymore”: she concludes with great regret. “Our story was beautiful, but I wanted to leave it” explains Roger.

FACE TO FACE LICIA AND BLIND

– Licia’s adventure on the beaches of Honduras certainly did not start on the right foot and this led her to feel more and more excluded from the group, also receiving numerous criticisms from her companions. On Playa Palapa the between Licia and Blind. The actress complains: “I think at first he seemed more pure to me, then I saw the change too, today after three weeks he too has understood that the spirit of the island is to create a strategy”. He replies: “I do not want to emerge with a game” which explains that he accepted to participate in the reality show only to feel more motivated and to make a personal growth. “I am myself and I always have been” she concludes.

– After the closing of the televoting, the castaway who has to leave the Palapa is Licia. Before setting sail for Playa Sgamada she gives her Judas kiss to Alexander.

– On Playa Palapa a test of balance to try to conquer some meat dishes. The castaways win four.

Lory Del Santo, Ilona Staller and Marco Senise, it is the latter who has to leave the island. “It was a wonderful experience, but I take the opportunity to go home and rest for a while,” he says before saying goodbye to everyone.

– It’s time for the leader test which will take place in two phases. Castaways will have to hold their breath underwater for as long as possible. Among the males wins Edoardo Tavassi and among the women his sister Guendalina. The two then challenge each other to the test of the Vitruvian man. Gwendolyn wins.