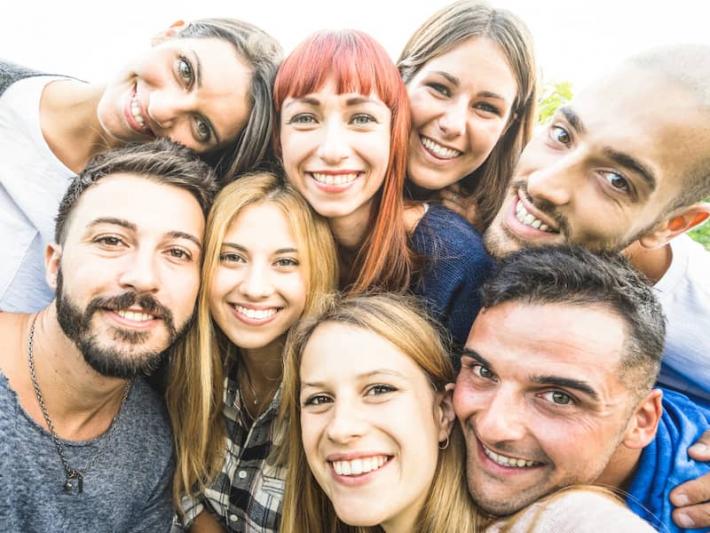 Among the guests of the Jova Beach Party also Max Pezzali: the whole tour includes 21 dates and over 400 thousand tickets sold from here to the final event in September in Milan

LIGNANO SABBIADORO (Udine) – still a leap. Three years ago the Jova Beach Party had been a leap forward, even into the void as no one had ever done a beach tour. Now that comes back anyway a jump. Maybe on the side, compared to the rest of the music scene which for the summer of the restart has chosen more traditional roads. Above, instead, that of the Olympic champion Gimbo Tamberi who – slow motion images alternating with the dynamism of some animals – introduces Jovanotti’s show. An evolutionary leap is needed, the leap is the second thing a child learns after walking: a challenge to the force of gravity, he said the night before. Tamberi lands and – boom – starts A dancing tribe. On the sand it is hard but you can dance. And when I Love You Baby starts there is an atmosphere of celebration. Let alone when Max Pezzali arrives immediately after for a triple hit (You are a myth, They killed Spider-Man and The Years). With what we’ve all been through and we’re still going through, the idea of ​​doing something innovative seemed strange and forced to me – he said the night before the debut -. There is a Latin phrase that says more or less that when you sail the sky changes and you change, but the boat is the same. The metaphor of this show is that of a sailing ship that has passed stormy seas and calm, stops and celebrates. The metaphor returns to the structure of the stage. Main masts and sails, the inscription Jova with the letters formed by an anchor, a giant mirror, an inflatable heart and a prehistoric statue.

It made its debut on the beach of Lignano the second edition of the Jova Beach Party: 21 dates, 12 locations, 400,000 tickets sold. There were 36,000 yesterday: entire families, embraced couples, companies that mess up, singles looking for a soul mate or an evening’s adventure, expectant mothers with a big belly and men with a big beer belly, those who show tattoos and tan and who he forgot the cream and tomorrow he’ll have a sunburn. Space for good stories. There will be one by date, as told by Lorenzo. The first is a wedding. Giulia and Gianluca’s: formal wear, they have been together for 13 years, they met thanks to a friend and discovered that they were cradle neighbors, born a day apart in the same hospital in Padua. Jova blessing sings to him, their favorite. Lorenzo multiplies. He has a hat for every occasion (he has a chest full of them). Captain of the sailing ship in pirate clothes, the owner Maurizio Salvadori of Trident who has set up a production worth over 20 million euros. And also the crew when he is supporting the guests. The music starts in the early afternoon, three stages and he who appears here ola surprise: duet, jamma, makes a mess. Because Jova Beach is also a festival. In all, 150 artists will be invited, coming from 30 different countries and the genres covered are even more. Practically the UN for music. Yesterday there was a lot of Africa, but also Benny Benassi’s dance that brought the audience to the main show.

After Pezzali, Lorenzo returns to his origins as a deejay. A console appears and he mixes tracks with the band that follows him: his pieces cross paths with Gigi D’Agostino, Abba, Raffaella Carr and Love Is in the Air. Lignano becomes a sandfloor. He turns off the straight box and it’s up to the legendary weight Gianni Morandi, always in shape as a kid. I feel the same spirit of the Cantagiro of the early 60s – he said behind the scenes -. Soon “La Ola” will be released, another piece that Lorenzo wrote for me. A Latin Romagna bachata, with something romantic. The moment comes tenderness with the ballads (Pockets full of stones, Magical Girl) and one more swerve towards the rhythm. All hits. Different souls run through the show. Only here Battiato can give his hand to Rhove and Shakerando’s trap. After all, the story of Jovanotti to be a story without a predictable point of arrival but with always clear direction and the way to go. Maybe with a jump.

Jovanotti, party for 36,000 on the beach of Lignano Sabbiadoro