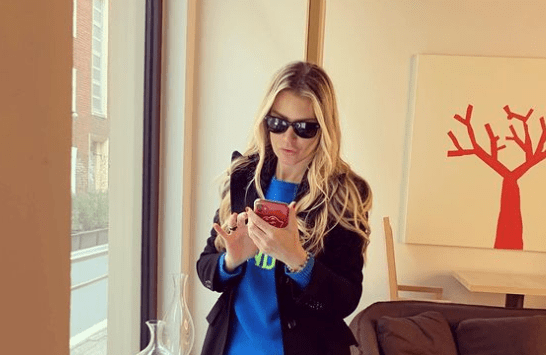 Everything is ready for a new episode ofIsland of the Famous, the reality show that has fascinated viewers for years. Amid increasingly tough challenges, the struggle for survival, a new competitor is about to land in Honduras, Licia Nunez. With her too Marco Senise: will they wreak havoc on the island? Will they shake the balance, which is already precarious in itself?

Licia Nunez, pseudonym of Lucia Del Curatol, was born in Barletta on 1 March 1980 and is a well-known actress and former model. At just 17 years old, still very young, she started working as a model, then she immediately embarked on an acting career. In fact, from 2000 to 2003 she studied acting first in Toulouse, at the Le Mirail Dramatic Art University, then with Beatrice Bracco at the Teatro Blu in Rome. She is 42 years old and 170 cm tall.

Protagonist of several commercials, after shooting short films, in 2003 Licia appeared on big screen with the film At the end of the night, which was followed by the War Ballet and in 2007 I look at the world from a porthole, this time directed by Stefano Calvagna. Between his works on televisioninstead, we remember: Incantesimo, where she played Nicoletta Capirossi, A life as a gift with Luca Barbareschi, The last penalty 2 the soap opera of Canale 5 Vivere, where she played the bad Barbara Ponti.

Alongside Marco Mazzocchi, she then conducted Notti mondiali on Rai 2 and Eurogol on Rai 2. In 2011, however, she was the protagonist and producer of the film for the cinema Goodbye Mama, while from 2012 to 2018 we revised her on the small screen in the hit TV series Le tre rose di Eva, where she played Elena Monforte.

Licia is ready to land in Honduras to participate in the Island of the Famous, but this is certainly not the first time for her as competitor. The actress, in fact, took part in the fifth edition of Dancing with the Stars, then in 2020 she joined the house of the GF VIP. But not only. She also participated in the Drive Up program.

Who is the girlfriend, private life

But let’s get to private life. The actress and former model had a fairly long relationship, from 2004 to 2010, with Imma Battaglia, the Italian activist and politician, leader of the LGBT movement in Italy, now wife of Eva Grimaldi. From 2017 to 2021, however, Licia was linked to the entrepreneur Barbara Ebolia story that seems to have come to an end.

Who is Imma Battaglia?

Imma Battaglia was born in Portici on March 28, 1960. She is aactivist and Italian politics, one of the leaders of the LGBT movement. She was president of the Mario Mieli homosexual culture club from 1995 to 2000 and is one of the founders of the Dì Gay Project. Imma has a degree in mathematics and was the organizer – together with Vladimir Luxuria – of the first official gay pride in Italy, that of Rome in 1994.

The dream of having a child

Licia has never hidden the desire to become a mother. And a few years ago she said she wanted to resort to assisted fertilization to have a baby. “I am starting the first phase of assisted insemination because my partner and I want to expand the family. I would like a girl. Only in this way will I be able to forget the hell into which I fell years ago for my unborn child ”.

Licia, in fact, had become pregnant several years ago, then the entrepreneur had suddenly disappeared. She had to manage the pregnancy, then the abortion, which led to her being addicted to alcohol.

Licia Nunez is very active on Instagram and is followed by about 334 thousand followers.

Licia Nunez at the Island of the Famous 2022: who is she, age, career, who is the ex-partner Barbara Eboli, GF VIP, Imma Battaglia, Instagram, girlfriend