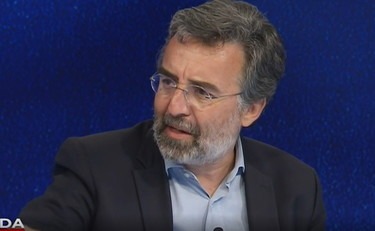 At the Rai they are all happy, if magna. At least for those who succeed. Because in the company they do not know how to throw money and the latest gimmick of the award-winning company Fuortes has denounced the Ugl. The union, very active in discovering the flaws of the public radio and television service, has discovered new joys for Marco From Milan. Not only the nice contract that the CEO guaranteed the former director of theExpressed and that makes many internal journalists die of rage, about 2100, none of them so “good”. But the so-called competent management also had to think about hospitality. And so the daily strip designed to compete with Tg2 – another incredible editorial choice – will be based not in Saxa Rubra, not in via Teulada, but directly in viale Mazzini. From applause. It is a first.

Fabrizio Tosini, who is the national secretary of Ugl communications, lined up what will happen at the headquarters of the general management. For the Damilano court there will be a new television studio, accompanied by a control room. In addition, the make-up room, editorial spaces and new systems. So maybe between one transmission and the other Damilano will be able to go up to the seventh floor to get coffee and instructions from Fuortes. But how much this too will cost seems to be one of the many mysteries of Rai, the Court of Auditors will tell us again in some time. Tosini denounces: «In such a delicate moment for company accounts, how much does Rai intend to spend on this highly questionable set-up? Great journalists such as Enzo Biagi and Giuliano Ferrara produced their columns with excellent results, inside the company production centers and never would have dreamed of expecting such an out-of-place and contextual setting ».

To all this we must also add the rumors – in contrast – on the sale of the same building in Viale Mazzini, full of asbestos and in conditions of absolute precariousness of degraded structures. Investing in a broadcast located in a building you want to get rid of would definitely not be the best possible investment. Fuortes should pay more attention to what appear to be real waste, unless Rai does not want to squadernate the true figures. Even his predecessors did not miss anything, in fact. The court of auditors has recently laid bare the Rai figures for 2020 and many of these are horrifying.

The report of the accounting judiciary did not discount. Suffice it to say that every twelve months seventy million a year is spent between central and peripheral offices for rents as well as for heating, for maintenance and for surveillance. Another example: 12 million euros are paid for the regional offices, but Florence and Palermo cost us one million while the other 600 thousand. Record Rome, with 22 million euros, Milan 7 and Saxa Rubra 10. Fuortes will say, “What do I have to do with it?”. Which is admissible. But surely from the CEO of Draghi a reduction in waste is expected and not an increase with the curious location for the transmission of Damilano. Ok for the Pulitzer Prize run, but how much does it cost us?

Marco Damilano, dispute in Rai for his program: “Money thrown away”


You can view our social media profiles here , as well as other pages related to them here.https://prress.com/related-pages/