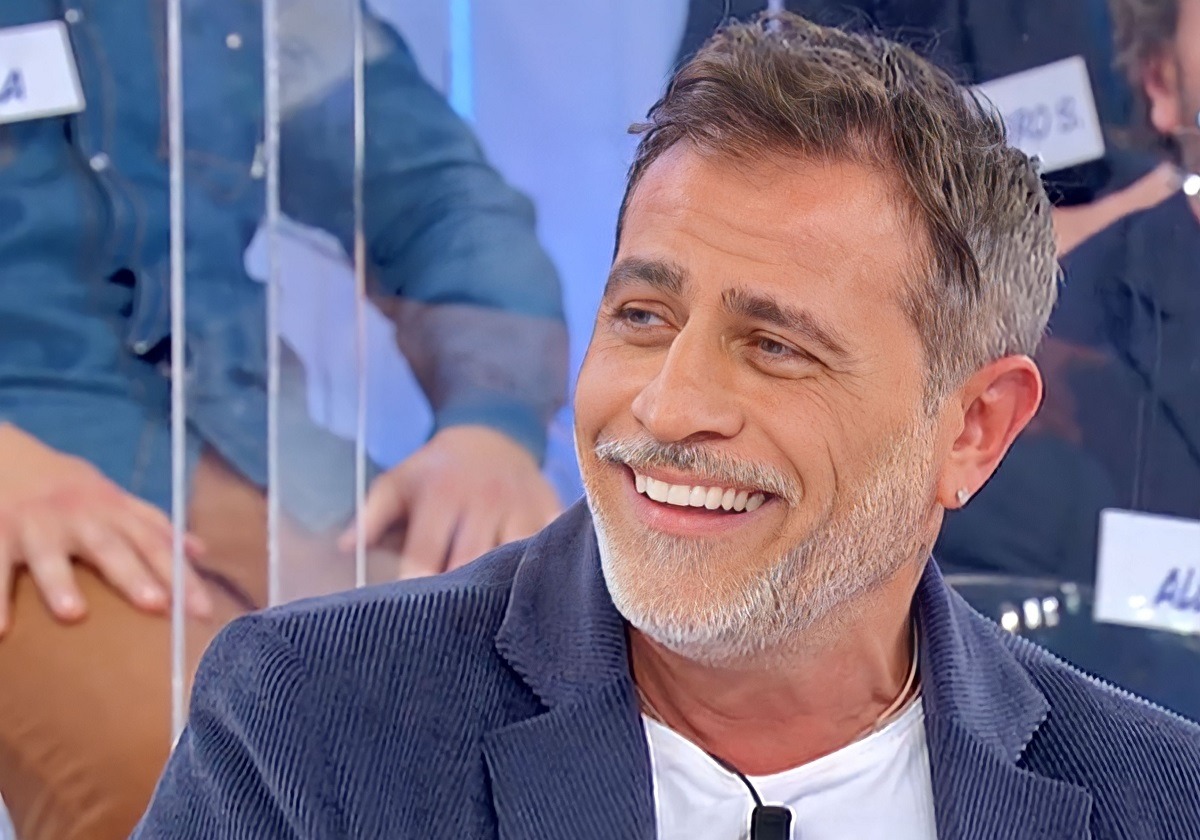 What’s better than vulgar trashazzo to start the week off right? I tell you: NOTHING.

You are happy? Watching this mass of pigs slaughter each other for a glimmer of red light you will be even more so. Are you a little down in the dumps? Faced with certain desperate people suddenly your life will not seem so bad. How do you put it, trash can only give you joy ‘nZomma.

The trash and Alessandro Spositothat in thirty years of “singles” of joys apparently has given many. Like this generous that today in a while he was also slipping into it Queen Maryin the string of ladies from “to know from a sentimental and character point of view, and then also from another point of view…“.


But the cringe of the stories we heard today? I beg you! “I felt a little pressed, in my opinion you have a fixed nail, I don’t know if only with me or with everyone. What obsession? The se**o, the kiss on the first night. I told him ‘would you give me the exclusive?’ and he told me ‘if we make love tonight yes!’! I have my times, you even wanted to come to my room last night. You told me ‘I’ll give you a relaxing massage and leave’…“. ‘Bullet‘ is back, regà… for how long!

And I swear I spit a lung seeing him all serious and tried as he told how stressful it was to date all these women at the same time and “come here the next day to tell what I did. It doesn’t happen like this in normal life!“, And Maria DeFilippi who beat him clamorously pretending to humor him because “you’re right, it’s that part there that is hell!” and asking him sarcastically “Has your life always been like this? A terrible effort!“.

Let’s understand each other, I have nothing against people who knowingly decide to have a good time in the frying pan in the utmost mutual freedom. If they’re adults and vaccinated (literally, given the historical period) there’s nothing wrong with it, actually. And despite having a filino generalized, when Groom said that “in normal life we ​​all did itHe wasn’t too wrong.

But here, let’s say that if your modus operandi is to go out with twenty women at a time and necessarily get into bed with each of them because “I also want to get to know people from a passionate point of view, I certainly don’t wait two months for a kiss!” maybe maybe Men and women it’s not the right context, here. What the Helios biblical knowledge should be conditional on a pinch of extra interest, at least. Otherwise you should go back to normal life where you can fuck them all without even having to tell the others what you did the night before and so the stress goes away, my son.

In the clash with Paula Ruocco I had sided with him, but only because he was facing someone bigger than him. That’s how it goes in that studio, it’s not that you side with the best but simply with the least worst based on the situation. And have given to Alexander of the ‘less worse‘ is already a lot, eh, that one who pretends to be intrigued by Gemma Galgani when only the hottest ones in the parterre blatantly enrage him, he speaks for himself. What then… he who throws himself on any hot under 50 that he sees in the middle of it I understand, when it happens again. But it still escapes me what THEY find in him enough to argue about him, that’s it.

This round, however, was the least of the worst Desdemonawhich after scaling the ego of Richard Guarnieri one exit with was enough Groom and then she gave herself immediately. It’s just a pity that in trimming the post to a Alexander underlined how the other Alexander – the orange one Umpa Lumpato be clear – in comparison to the homonymous both a “gentleman“.

For heaven’s sake, we’re no longer in the Middle Ages and it’s not that you need to have a ring on your finger to grant your graces to whoever we like, God forbid. But just a ravenous like Gemmona she can sit across from a guy who cheekily tells you “How can I make a choice if I don’t know people at 360°?“, where by 360° he means a maximum of 90, eh.

He who had started all bold with five women in front and within a recording was practically alone with the Galgani a hero, nonetheless.

In conclusion, just a few words about reporting on Alessio Corvinobecause Lavinia Mauro I can’t handle it anymore. What other than “you are not even afraid of losing me, Alexei!“, here the only fear is to take on someone like you in life, my daughter! Come on, but how do you do it?

I mean, we really spent twenty minutes screwing up this pig because it’s NEW YEAR’S EVE”why don’t you do it after dinner?“, and outside a club they made a video of him exchanging greetings with a friend? But I don’t believe it goddamn!

I don’t even particularly like the redhead, and I don’t fall into the ranks of drooling women who crave him on the throne, but today I swear that I would have put him there myself, on the red armchair. And in the face of that provocative “you don’t have to justify yourself??? For me you can also go out, Alexei!” if he had lifted his heels and left her with a handful of flies I would have waved him live from my couch. EXCHECCAZ * OWell, there’s a limit to everything. And Lavinia he’s crossed that line since mo.

First, if the chick reporting it is just a friend or she e Raven they do the worst things every night it certainly won’t be the third degree on TV to let you find out, but the point is that if you don’t trust a person, there’s no point in continuing to know them regardless, that the only thing that can come out of it is TOXIC stuff.

Second, it was fairly ridiculous to see the tronista make the sustained statement that “ah, because I know who your friends are, Alexei?” when LITERALLY the Mauro she’s been living on social media since September and even her soul will stalk these pigs (it’s no coincidence that she contradicted herself just 5 minutes later, when speaking of what he did on New Year’s Eve she said “but weren’t you staying with your mum and your sisters?“… ANXIETY, dammit!).

But like at least ‘is reporting the friends have made Raven so as not to run the risk of finding her among them cag*gliilcaz*o, eh! Mo”you didn’t lay the groundwork for me to trust you” why doesn’t one shut himself up at home and continue to have a social life? We are crazy.

Lavinia And Frederick Nicotera they are IDENTICAL, regà. They are clearly fixated on one person but then they spend their lives stressing their soul because they are never happy with what they see on social media and they would like it different. They are never wrong, the others are always the bad ones, infantile, braggarts, who don’t give them anything.

It is not clear why they are so obsessed with it, then.

Video from the episode: Full bet – Alessandro Sp.: “Pamela you didn’t tell me that you live with your ex!” – Tina: “Alessandro, didn’t you have to go out with Gemma?” – Silvia: “Alessandro tell me…” – Desdemona: “Alessandro you are too enterprising!” – Maria: “Alessandro al intimate knowledge is fundamental?” – Lavinia and the report on Alessio