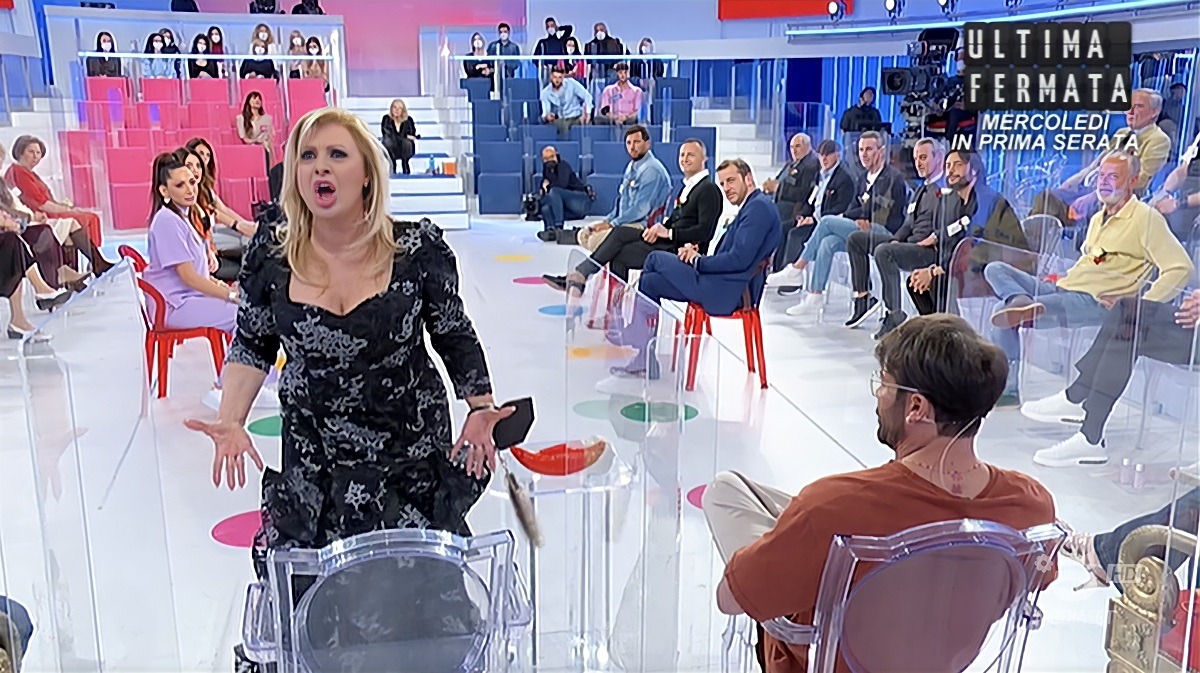 That Tina Cipollari in the study of Men and women be like cheese on macaroni is certainly not new. Always incisive and insightful, never banal and obvious (like someone else randomly sitting nearby, for example…). But never as in recent weeks has it been evident how much his presence there in the middle is ABSOLUTELY ESSENTIAL.

But do you realize what totally distorted reality they would try to feed the viewer, if it were not for her to immediately contradict them by restoring a glimmer of objectivity? To highlight how paracous and inconsistent are? To beat them when trying to turn over the omelettes to get out of it from poor victims?

I mean, if it weren’t for her that you don’t drink some shit and you don’t mind saying it, Ida Platano she would be a little match girl who always falls in love with men who want to exploit her for sinister gains, Armando Incarnato an old-time gentleman, so thoughtful that he wants to open our eyes to how many gold diggers hang out there, and Alessandro Vicinanza a carrion driven by the lowest animal instincts (cit.) who wanted to take advantage of the incredible notoriety of Jennifer Lopez de noantri to make its entrance with great fanfare in the Milanese nightlife. Let us realize.


But how many bitches have our ears had to hear today? Not that it’s usually a health walk, of course, but today we really have an endless rundown of shit. But let’s go in order:

1) First of all Armando that of Gloria Nicoletti said that “I have a very, very televised idea of ​​her. Despite Riccardo Guarnieri be a good person and a nice guy, i think you are more interested in what is the figure of Riccardo“. It’s still: “you went out with people just for, just to lengthen the situation“. He to her, do you understand the madness?

AND THANKS TO THE HEAVEN that was there Tinathere in the middle, to underline how LOOK CASE theEmbodied has always had a complaint about any woman he has dated, all but Santa Ida from Brescia. The same Ida that “no, I don’t feel it out of respect for the broadcast“, then “when Aneta she arrived I was on the phone with Ida“. How strange, huh?

2) Then Ida that of Ilie Maneschi said that “physically there is not all this transport, for the moment it takes me by the head. He is cute, sensitive, he gives me this cuddle, this caress, I am slowly getting to know him“, When EVENLY he sees it as the friendly phone thanks to which, compliment after compliment, regain the self-esteem undermined by the pole of Nearness. His expression when Gianni Sperti he asked her if there was something physical between them, she spoke to herself, and the backward step of the columnist who “maybe I’m wrong, huh, because relationships don’t all start in the same way“.

AND THANKS TO THE HEAVEN that was there Tinathere in the middle, to underline how LOOK CASE when it was Alexander to want to go with lead feet was not good, “it had to be all cooked and eaten! Now that it concerns her, that she is not that interested, then she says ‘I still have to know him, I can’t throw myself!’. Come on, a living contradiction!“.

3) Then again Armando that slyly, when Nearness he closed the acquaintance with that Valentinahe withdrew out Federica Aversano citing the fault of the knight’s step backwards to the ‘sensational interest’ for the former suitor who Alexander NEVER stated. That the Italian is not an opinion, and the knight had clearly said that he had noticed her from the first moment as objectively a beautiful girl, and – once the dating of her with Ida – to have often thought about it. From there the curiosity to go out with her, period. I have not seen nor the extreme difficulty that you have noticed Riccardo (at most an embarrassment for the unusual situation), nor any crazy falling in love.

But Armandone began to rave at the address of Alexander telling him “But how beautiful I know, you swear! I love myself alone, believe me, I just love myself alone. And do you know why I love myself alone? Because I put you in the corner every time, how and when I want“. Too bad that I have witnessed the EXACT OPPOSITE, that is Nearness who masterfully struck him, replying to him “Puppy, stay in your place! I have already clarified my position, I do not need to clarify anything to you! Close your mouth, puppy, and go get it Lucretia! It’s always the same story with Armando Incarnatoas soon as he sees me he suffers me badly, but live in peace!“. Better than a Caterpillarown.

AND THANKS TO THE HEAVEN that was there Tinathere in the middle, to underline how LOOK CASE Armando always be ready to point the finger at others when he has done the same in the past, if not worse. And he didn’t even understand a shit about what the columnist was reproaching him, since he reiterated that he was ironic, in saying to Alexander to run after Federica“because I don’t think he really had an interest in Federicaso I make fun of so much fiction that he has revealed since he set foot in here“. Which is EXACTLY what we think of him, in fact.

4) And then again Idathat when we talked about the kiss between Alexander And Valentinahe was keen to remind us that “he kisses them all! He told me ‘Idawhen I go out I kiss them all, I don’t leave any of them not happy to go home ”, so he’s used to it!“, Increasing the dose of his presumed lightness in his acquaintances.

AND THANKS TO THE HEAVEN that was there Tinathere in the middle, to underline how LOOK CASE of her, of lightness, in falling in love with three different men in the span of six months, as well as clamorously flicker as soon as she found herself in front of the Guarnieri, nobody ever talks about it. Not to mention the courage she shows in making fun of her Onions as defense attorney for Alexanderwhen she is YEARS that lives on annuity letting them be Hope And Embodied to do the dirty work for him.

I don’t know if I said it enough, but THANK HEAVEN that there is Tina. Because in there they would be able to send innocent people to jail, otherwise.

Ps 1. In recent months I had sent him an affectionate pat on the back at the thought of what he hadn’t had to endure in the past. But I must say that for now the return of Riccardo it’s a BIG NO. Two words on the cross, she said, and three were already out of place. That he does not get on the wrong side of the fence and does not give the “very good charmer“To the wrong people, that it takes me less to put him right in the gang and put a cross on him than it took him to make out Glory.

And let us also note that, at the direct request of the Nicoletti upon his return to the program, he has denied any plans to try again with Ida. “No no, with Ida it is an old and long closed story“Were his words. Mo wait for him at the gate, huh.

Ps 2. For years we have longed for the era of to end Gemma Galgani. But certainly not so that that of Ida, However. From the frying pan to the grill, just …

Ps 3. Fernandoaunt’s joy, if you need them “fingers to suck“I have ten. Twenty, if we also calculate the fetish inverse. And I will not pretend to be annoyed as Veronica RimondiI swear.

Video from the episode: Whole bet – Tina: “Has Pinuccia already collected the award?” – Tina’s test – The kiss between Riccardo and Gloria – Gloria: “I used to go out with Paolo but …” – Gloria: “I asked Riccardo if he had returned to woo Ida …” – The understanding between Ida and Ilie – Alessandro and Valentina: a kiss and nothing more – External of Veronica and Fernando – Veronica: “Fernando, what an inappropriate gesture …”