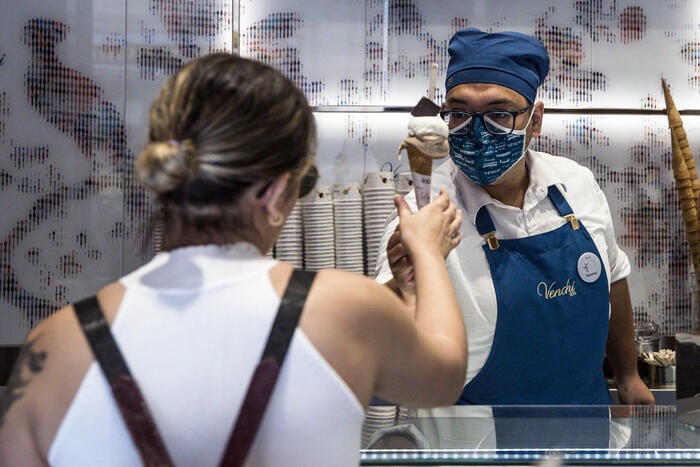 Does discuss the Maneskin concert at Circo Massimo next Saturday, after the Fimmg Lazio doctors warned about the risk of a surge in cases Covid among the tens of thousands of people expected as an audience. If the Roman band declined to comment, on social media there was an outcry in defense of Damiano and the other musicians.

“90% of Italian artists have been doing concerts for months but the problem is the Maneskin. The Jova Beach Party has more than ten dates with a capacity of 60,000 people and Vasco the same thing because they are the problem !?”: it’s one of the many comments that inflame social media in these hours.

And it’s not just fans of the group, but also people who don’t particularly appreciate their music and participate in the protest on principle: “They make me shiver just looking at them – for example a young girl chirps – but I hope with all the heart that #Maneskin send to shit … live anyone who asks him not to do the concert in Rome “.

“No hypothesis of postponement of the Maneskin concert at the Circus Maximus is under consideration”. Thus the councilor for Major Events, Tourism, Sport and Fashion of Rome Capital Alessandro Onorato about the requests for a possible postponement of the expected Maneskin concert. “We will take all the precautions and precautions that the health authorities will indicate and, in collaboration with the organizers, we will take the necessary actions to enforce them”, she added.

Among the many comments there are those who bring up the defense of the environment: “But why don’t the doctors break the c … to Jovanotti – writes another – who with his concerts over bringing Covid also destroys the environment? Ah no he is untouchable, the only ones who have to postpone the concerts are the Maneskin, ah this unknown consistency … “. There are those who remember doing a lot to return to freedom: “I was at the #Vasco concert, on Saturday I will be at the Maneskin concert, in August I will go to the #JovaBeachParty. I have 3 doses of vaccine and I am blissfully broken … They told us to get vaccinated to go back to living. I want to go back to living. “

Fiaso: ‘Covid hospitalizations on the rise. Double those of the children ‘. Agenas: Employment in intensive care units rose to 4% in just 24 hours’ (ANSA)

There is also who he cares about the many workers involved in such an event: “Honestly enough, all the singers – is one of the tweets – are doing concerts with a lot of people, the #Maneskin instead are asked to cancel everything without taking into account the economic damage that would lead to a lot of workers. You are moralizing elsewhere, thank you “.

And finally, those who ask that, if there is a public health problem, not only rage against a band: “The sense of asking #Maneskin to move the concert when a thousand other artists continue to give great concerts? It would have been more coherent to address all artists, not just them “writes more than one user. “And all the other scheduled events / concerts no … Is the virus an avid Damiano fan and does it go only to him?” tweets another.

The comments on social media were triggered after the intervention of the doctors of Fimmg Lazio, who said they were worried about the large increase in infections in Lazio also in view of the maxi concert of the Roman band at the Circus Maximus. Me too’Order of doctors took a stand by declaring that there is a risk of contagion at concerts and recommending the use of the mask Fpp2.

Risks from the Maneskin concert in Rome. The commissioner: ‘No postponement’ – Culture & Entertainment