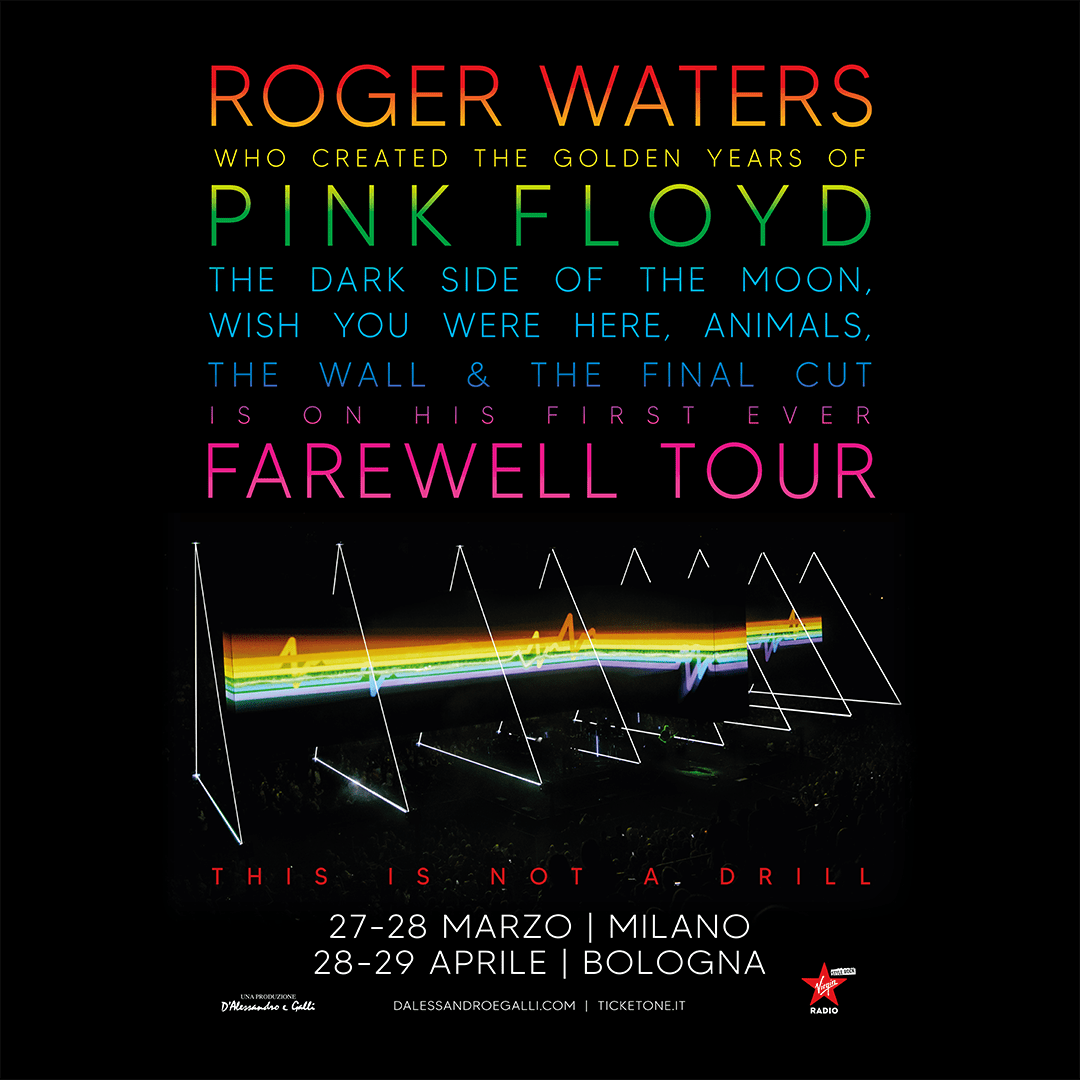 Roger Watershistorical leader and creative genius of the Pink Floydreturns to Italy with 4 concerts of his new extraordinary tour.
The European tour of Roger Waters This Is Not A Drillannounced this morning in London by MFM and Sensible Events will take place in the spring / summer of 2023.
The Italian concerts, promoted by D’Alessandro and Galli, will be held at Mediolanum Forum from Milan the 27 and 28 March and to Unipol Arena from Bologna the 28 and 29 April.

Tickets for Roger Waters’ 4 Italian shows can be purchased in advance through the exclusive presale from
Virgin Radio to be held from 10.00 on Wednesday 14 September to 23.59 on Thursday 15 September on virginradio.it

The general sale will open instead at 10.00 on Friday 16 September on ticketone.it

All information on Roger Waters’ Italian concerts can be found at www.dalessandroegalli.com

“This Is Not A Drill is a revolutionary new rock and roll / cinematic extravaganza, performed on a central 360 ° stage. It’s an extraordinary indictment of corporate dystopia where we all struggle to survive and a call to action
to LOVE, PROTECT and SHARE our precious and precarious planet which is our home. The show includes a dozen great songs from PINK FLOYD’s golden years along with many new songs. Words and music, same writer, same heart, same soul, same man. It could be his last cheers. Oh! My first farewell tour! Do not miss. Love.“- Roger Waters

The show features 20 classic songs by the Pink Floyd And Roger Watersamong which: “Us & Them“,”Comfortably Numb“,”Wish You Were Here” And “Is This The Life We Really Want?“. Also, Waters debuts with a new song,”The Bar“.

Waters is on lead vocals, guitars, bass and piano and will be joined on stage by Jonathan Wilson on guitars and vocals; Dave Kilminster on guitar and vocals; Jon Carin on keyboards, guitar and vocals, Gus Seyffert on bass and vocals; Robert Walter on keyboards, Joey Waronker on drums; Shanay Johnson on vocals; Amanda Belair on vocals and Seamus Blake on saxophone.
The European tour follows on from the North American one which saw Roger Waters perform 43 shows in 33 cities across the United States and Canada, garnering some of the best reviews of his career.
This is what critics said about the US tour of This is Not a Drill:

“… a captivating evening full of dynamic executions, personal history, political invectives …“Ultimate Classic Rock
“Outgoing concert goers were heard discussing whether or not this is the best tour they have seen from Waters. One thing is certain, it is not to be missed, and also a show that will leave you with deep thoughts both about the world and about yourself.“~ Ultimate Classic Rock
“… it was hard not to be struck by a jaw-dropping performance in every way, from the massive sound (best I’ve ever heard at the Target Center) to jaw-dropping images projected onto a cross-shaped video wall suspended above the stage in the round in the center of the arena. “ ~ Twin Cities Pioneer Press

“Roger Waters’ superpower is the ability to open difficult conversations through his music, and he knows it“. ~ Chicago Sun Times
“Not softening in the slightest in his old age, Waters through protests has given Pink Floyd classics and less celebrated solo material a sense of urgency, timeliness and higher purpose.“. ~ Milwaukee Journal Sentinel

Roger Waters: OFFICIAL in concert in Italy with 4 dates in Milan and Bologna in 2023. EXCLUSIVE presale on virginradio.it