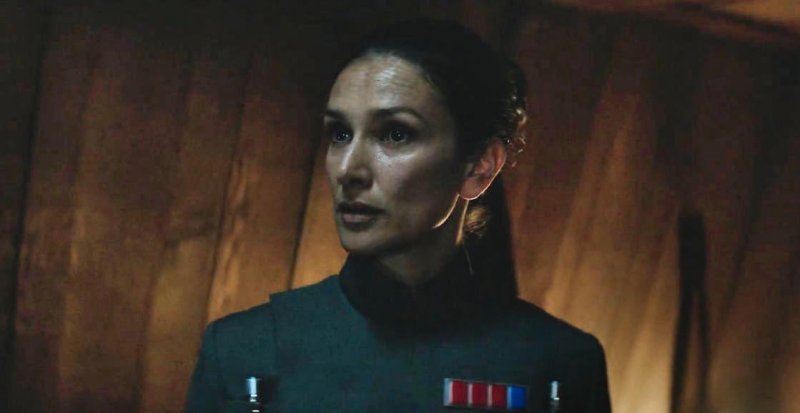 Arriving at the fourth episode, we can at least say that Obi-Wan Kenobi is a frustrating series, because it alternates moments of great TV with unlikely nonsense that have ended up diluting its importance, even in the face of the boundless enthusiasm that accompanied it until first episode two weeks ago. As we have said so many times, Star Wars it is not just Force, lightsabers, memes and iconic jokes, but an immense and fascinating imaginary to which each new production, including Obi-Wan Kenobi, adds a new piece.

To the new TV series we certainly cannot deny the merit of having shown us some lesser known aspects of this imaginary: the Chapter 4for example, takes us inside the Inquisitorium and uncovers a disturbing secret that may come back to the surface in the future.

Let’s talk about it better in this one Obi-Wan Kenobi 1×04 reviewso beware of any spoilers or come back after watching the episode on Disney +.

If we really want to remove the pebble from the shoe and make you understand that we too are attentive to naivety of the TV series … well, yes, in the end Darth Vader had not let Obi-Wan escape to follow him, and he stopped in front of the flames he had extinguished by the Force a few moments before for no specific reason. So Chapter 4 isn’t exactly starting in … fourth (a-ha!), But we still like montages like the one where we see Obi-Wan in the bacta tub on one side and Darth Vader – or rather, the broken body of Anakin – on the other. The episode, however, places great emphasis on Obi-Wan’s physical and psychological difficulties, which we find struggling to use his powers now that his bond with the Force has weakened.

Ewan McGregor continues to loom as the former Jedi Master and if there is a moment we loved it is the clash with the stormtroopers in theInquisitorium. In a recent interview, McGregor said that one of the challenges he had to overcome to get back to playing Kenobi was forgetting his own training.

As we explained to you a few weeks ago in a dedicated in-depth study, Obi-Wan was one of the best swordsmen of his generation. He has perfected the defensive style known as Soresu, and we have seen him stand up to all of his enemies – or nearly so – with elegance and precision throughout the prequel trilogy. What makes i Jedi KnightsHowever, it is also their connection to the Force: for this reason Obi-Wan appears so clumsy and awkward as he deflects blaster shots and vanquishes the Imperial stormtroopers in the corridors of the Inquisitorium.

It’s a well-constructed scene whose undertones, however, may escape those who chew less Star Wars: McGregor, who had to train for hours before entering the scene for the prequel trilogy, has now basically had to act backwards. They have certainly helped the many years that have passed since Episode IIIbut the actor continues to effectively portray the broken Kenobi in the spirit of this TV series.

As for the Inquisitorium, players who have completed Star Wars Jedi: Fallen Order will surely be startled at the sight of the interrogation room, a location that was also visited in the game, but which in the TV series is quite different. The change makes sense: in the game, which takes place five years before Obi-Wan Kenobi, the room practically fell apart and it is plausible that over time the Empire has rebuilt it.

Our tour of the Inquisitorium – which is otherwise very similar to that seen both in the game and in the animated series Star Wars: Rebels – has not yet clarified one of the most inexplicable continuity inconsistencies of the TV series (we are talking about the Great Inquisitor, of course), but in return he showed us what the Inquisitors of the hunted Jedi were doing with it. It was the episode’s Easter egg moment, with a nice close-up of Tera Sinubea Jedi Master who appeared briefly in Star Wars: The Clone Wars who had a peculiar habit of hiding his lightsaber in his walking stick.

What this discovery means for the future of Star Wars is difficult to predict. We have the vague impression that it is a starting point for the studies that would later lead the surviving Imperials to look for Grogu in The Mandalorianbut it is certainly a new subplot that could develop in the other TV series or perhaps in the rumored second season of Obi-Wan Kenobi that McGregor has said he is willing to produce and interpret in the last few days.

As for the rest of the episode, shorter than the previous ones, it cannot be said that he did not reserve some surprises for us. We found that Tala she was effectively an Imperial who defected and sided with the Rebels, which makes the character played by the feisty Indira Varma even more interesting and valuable, and the series has finally begun to delve into the personality and past of the Third Sister.

Unfortunately, it is still too little to redefine this foolish antagonist. Moses Ingram continues to put all the anger and malice it can: it being understood that we like the actress and that we condemn the racist insults that threw up on her on social media, we cannot deny that the script is working very little on the his character and, with only two episodes left in the barrel, it is difficult to imagine that you can solve his subplot without dedicating a good part of it to some flashbacks.

On the other hand, the roles of Leia and Darth Vader. This week the little princess continued to stand up to the bad guys, but she didn’t have a lot of material to work with, while Vader continues to do what he does best: threaten and strangle people with telekinesis.

Star Wars: Obi-Wan Kenobi 1×04, the review of the fourth episode on Disney +