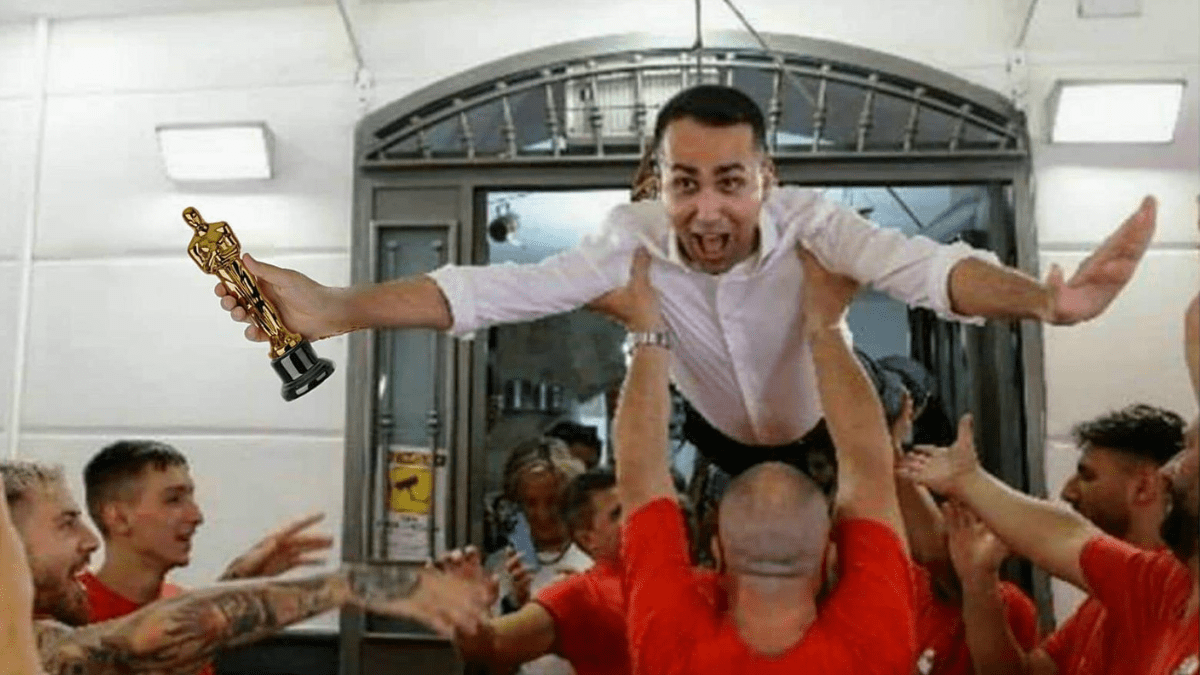 He is the former foreign minister Louis DiMaio the “most famous character of the year” at the first night of the Oscars dedicated to memes which took place on the evening of November 19, at the Off Topic cultural center of Turin. And, as a classic script of the dynamics of web irony, the production of memes is already starting with Di Maio receiving the award. “Memes are the most powerful means of communication of the contemporary because nobody thinks they are memes”. Like this Massimo Magaldiorganizer of Meme Awards encompasses the potential of these humorous digital contents that inhabit the world of the internet. I’m 10 the awards presented in the evening ranging from winners to politics, current affairs, art and much more. To these, we add the prize for the most viral meme of the year, which was awarded to AQTR extension (Third Republic daily updates). «This is a significant evening because Memes have become an increasingly influential part of digital life and involve all generations in a transversal way», declares a open Alexander Ruggero founder of Democrat hipsters, Instagram page winner of the “Politics Meme” category and which today celebrates 10 years since the birth of the account. «The meme awards are an ironic and memetic tribute to the role of memes themselves in society», he adds.

The organizer: «The Meme Awards? Celebration (ironic), not competition»

The evening saw the most important Italian meme pages compete, such as Democrat hipsters, Compulsory Philosophy, AQTR, Intrashtainment 2.0, Taste of Evil, Socialist Revelersand many others, and falls within the scope of Memissima, the memetic culture festival that returned for its second edition yesterday, November 18, and ends tonight. «The meme awards are an attempt to transform, for two days and in the space/time of Memissima, communities into communities, a pretext for group a large amount of adminmemers and people related to the world of memetics and create critical mass around a “scene”, that meme, which we often tend to underestimate», explains a open the organizer Magaldi. «The meme awards are celebration and not competition, their goal is to be an “Oscar night” capable of memorizing about itself», concludes the organizer. Not only admins of the social pages, the two days involved experts, artists, university professors and memers to reflect on the tool of memes in today’s world.

The jury that awarded the meme pages is composed of: Valentina Tanni (Milan Polytechnic, Naba Rome), Daniele Polidoro (Wired), Alice Oliveri (the Vision) Serena Mazzini (Tomorrow), Mattia Salvia (Icongraphies XXI), Francesco Brocca (Things Not Things – CNC Media), Jacopo Morini And Fabiano Pagliara (Creative Direction Armando Testa). The different memetic productions have been grouped into eleven categoriesfrom which a winner came out for each based on the vote of the jury and the users of the Instagram page Memissima.

The winners of each category

The meme Oscar night, Luigi Di Maio is the most meme character of 2022. Here are all the winners – The video