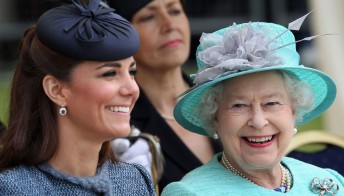 From Buckingham Palace they let it be known that the Queen Elizabeth she is too tired and debilitated to participate in the traditional ones tea party in the garden. He will be replaced by other members of the Royal Family, depending on the occasion. The announcement, which is of concern, comes less than a month after the start of the celebrations for the Platinum Jubilee. There is also another great English event that Her Majesty may miss.

No parties at the Palace for Queen Elizabeth: her health conditions

There Queen Elizabeth will not take part in the holiday season in the royal garden, which should start next week. This was announced by the Buckingham Palace spokesman, who explains that the Sovereign is tired and debilitatedand prefers not to participate in these long events in which he could not stand for more than an hour anyway.

Traditional tea parties return for the first time since the pandemic, and will take place in late spring and summer at the Palace and Palace of Holyroodhouse in Edinburgh. During these holidays, prominent figures of politics, entertainment and English high society gather to socialize and between a cup of tea and a cake, they also talk about important topics with the Queen.

Elizabeth II, now in 96 years oldprefers to take a little rest, also in view of the great celebrations of his Platinum Jubileeon the occasion of the 70 years of the Kingdom, scheduled for June 2022.

In its place other members of the Royal Family will participate, chosen from time to time according to the occasion and the guests. The end, therefore, of a very long tradition, which saw the elderly Queen as the protagonist for seven decades.

The first parties will be held at Buckingham Palace on 11, 18 and 25 May. The one at the Palace of Holyroodhouse takes place on June 25, during which people who have made a positive contribution to their community will be awarded.

The Queen attends the opening of the English Parliament

The Queen, because of hers fluctuating health conditionshas missed several important events in recent months, especially after the death of Prince Philip. His children and grandchildren alternated in his place, becoming more and more representative figures of the English Crown.

The decision taken at the Court, for the moment, is not to announce Elizabeth II’s presence at large and small events well in advance, but to confirm it only a few hours after the event. This choice certainly put the subjects on alert, who fear that the health of the Sovereign is worsening day by day.

The most awaited event, however, is next 10 May, when, as every year, he will have to attend allopening of the English Parliament. If his participation from Buckingham Palace is almost certain, the newspapers begin to announce an unprecedented (or almost) absence.

In fact, already twice in the past Elizabeth II has missed this very important ceremony: in 1959 and in 1963, when she was pregnant respectively of Prince Andrew and Prince Edward. On these two occasions her speech was read by the Lord Chancellor. This time, if Elisabetta were to be absent, it could be her son Carlo her who took her place for the first time.

The tired and debilitated Queen, the parties at the Palace canceled: who will replace her