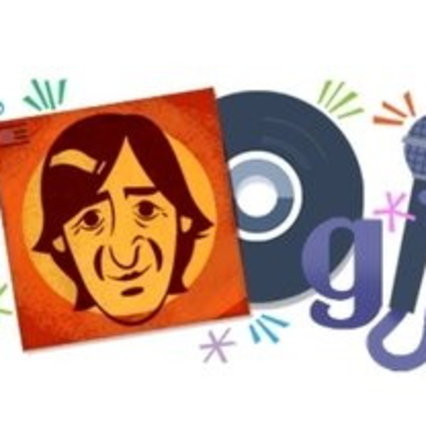 Giorgio Gaber represented a unicum in Italian culture, and as such is probably unrepeatable. But twenty years after his death, the deep mark he left is easily verifiable in the legacy that sprouts in the activity of so many artists who have followed in his footsteps. Not only directly taking up some of his works and shows, but above all assimilating the lesson in an expressive form such as that of the Teatro Canzone that Gaber helped codify, leaving behind the success of the early years made of rock’n’roll, television and hits of great popularity.

Because Giorgio Gaber, born George Gaberscik on January 25, 1939 in Milan, he was above all a great musician (his guitar technique was by no means trivial and he owed much to the lesson of jazz musicians) and a great songwriter. He, who grew up in a culturally lively Milan, alongside artists such as Dario Fo and Enzo Jannacci, imposes itself in the 60s with a series of songs that bring together the love for jazz and that for the French song, to which Gaber gives a unique touch with his extraordinary skills as an entertainer. So here are titles that have remained in the history of Italian pop music such as “Do not blush“, “The ballad of Cerutti“, “Roman Gate“, “Blue torpedo“, “The Richard“, “Barbera and Champagne“, “The table“. In between there are four participations in the Sanremo Festival and various television programs, such as “This or that“, “Let’s talk to you” (where in one episode he presents a very young man to the public Franco Battiato) and “And we here“.

But in a journey full of satisfaction and success, Gaber is still missing something. A form of artistic expression that is the daughter of a deeper research and thought. In 1970 she made her first attempt with a theatrical show, “Mr G“, in which monologues in prose and songs alternate. He wrote it with Sandro Luporini, who from that moment on would sign all subsequent shows with him, and it was the birth of song theater. The first findings are uncertain but Paolo Grassi, director of the Piccolo Theater that produces the show, convinces him to go ahead. In 1971 Gaber and Luporini together wrote “Old and new stories of Mr. G“. The die is cast. From this moment begins a different career for Gaber. Not only for the place where it takes place, but also for the type of show presented, where the texts enter Italian society like a knife in butter, putting bare hypocrisy and pettiness, initially in a continuous confrontation with the movement of ’68 and then widening over the course of almost thirty years to the Moro kidnapping, Tangentopoli, the fall of ideologies, up to the foreshadowing of populism and indifference tinged with reaction. But there is also a lucid analysis of individual dramas as well as the looming consumerism up to the obsession with appearances and numbers as the main evaluation criterion.The weapon used is that of irony and in the texts of the shows there is never trace of easy moralism.

In 1972 it was the turn of “Dialogue between a busy person and a don’t know“, which contains masterpieces such as “An idea”, “Freedom” and “Shampoo”. And then they will come “Pretend to be healthy“, “Even for today we don’t fly” and “Compulsory freedom“. 1978 is a turning point. In “Chickens of breeding” Gaber does not hesitate to take head on the youth movement of ’77, accused of conformism, resulting extremely stinging for a large slice of the left, a cultural area from which although it came from and in which it was inserted but with an unforgivable basic defect: wanting to maintain one’s freedom of thought. “Farm chickens” it is also relevant because Franco Battiato and Giusto Pio take care of the arrangements of the songs. The break with a certain political area is so strong that not infrequently the final song of the show, “When it’s fashion, it’s fashion” is greeted by loud boos. But Gaber goes straight on his way and, two years later, increases the dose with “If I were God“, an invective that in its sparing no one reaches apocalyptic tones.

In the following years, other important shows arrive such as “Crowded years” and “I if I were Gaber“. But in the 80s there will be no shortage of digressions from the path of the Teatro Canzone: as when with Enzo Jannaci he set up the Ja-Ga Brotherslocal and rock’n’roll version of the Blues Brothers achieving success with the song “Una fetta di limon”, or when he dedicates himself to pure prose, with the show “The case of Alexander and Maria“, in which he is staged with Mariangela Melato or, in 1989, with the monologue of “The gray“. The last commitments with the Teatro Canzone are for the shows “And to think that there was thought” and “Hard-won idiocy” (in this the song “Il conformista” stands out, also taken up by Adriano Celentano). The latter, with the reruns arriving at the threshold of 2000, sees Gaber already struggling with the serious health problems caused by lung cancer which he was diagnosed in 1997.

The early 2000s thus saw him retire from theatrical activity, far too tiring and demanding, but certainly not from wanting to tell what he sees happening around him in his own way. Giorgio Gaber thus returns to studio discography, with two albums, “My generation has lost“, in 2001, and “I do not feel Italian“, released posthumously twenty days after his death. Among unreleased songs and excerpts from his last shows, these records deliver songs like “Right left” (excerpt from about ten years earlier but updated in the text to link it to current events), “The conformist“, “Someone was a communist“, “I do not feel Italian“, “Song of belonging” which, as usual, outline with great irony, but without making discounts, the evils of our society, with the addition of a veil of melancholy of those who realize that the great illusions and hopes of previous years have sunk under the weight of conformity and hypocrisy.

A STREAMING MARATHON TO REMEMBER GABER

From midnight to midnight, a long marathon of unique films intended to rediscover the company of Mr. G and the inexhaustible strength of his work. This is what the Gaber Foundation proposes on January 1st to celebrate but above all to make Giorgio Gaber known to the new generations as well. A long sequence without chronological order, with significant extracts in prose and music referring to thirty years of Teatro Canzone. From the first television appearances in Italian-speaking Switzerland, with Mr. G, to the retrospectives recorded in 1980 at the Teatro Lirico (now Teatro Lirico Giorgio Gaber), to the shows of the 80s and 90s in the most important Italian theatres, to the video production commissioned by Gaber himself and made in Pietrasanta in 1991. The “Tutto Gaber” marathon will be available in free streaming for 24 hours on the site and on the Foundation’s YouTube channel, to allow everyone free access and also because it is above all young people that the dissemination work of the Gaber Foundation is aimed at.

Twenty years without Giorgio Gaber, with irony he has exposed the man’s defects