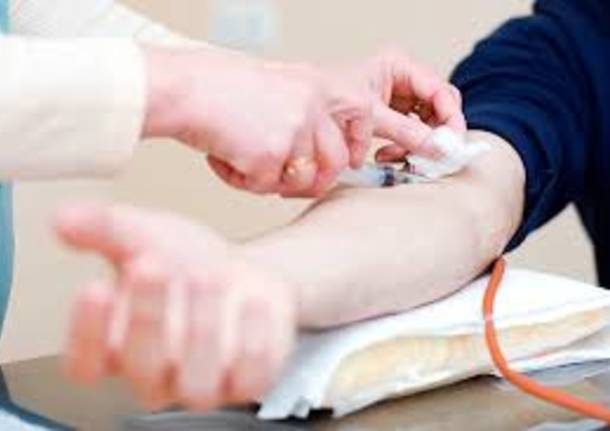 
Diagnose cancer with a simple blood draw without the need for invasive operations. There liquid biopsy it is a new mode of diagnosis that recent studies are focusing on. By verifying the presence or absence of particular types of microRNAs (small fragments of ribonucleic acid) in human fluids (including blood), researchers are in fact convinced that important clues can be obtained to diagnose possible tumors in the patient. Marco Mondini he is a biotechnologist from Varese and he explained to VareseNews what are the new frontiers of this type of analysis.

«In Italy in 2021 – explains Mondini -, according to the estimates of the Aiom-Airtum foundation, 100,200 men and 81,100 women died of cancer. Although these numbers seem impressive, there is a positive trend with a decrease in mortality of about 10% between 2015 and 2021. This decrease is due to an improvement in early screening approaches and increasingly efficient and personalized treatments for each case. of tumor “.

«In the difficult phase of diagnosis of tumors – adds Mondini -, in addition to a series of instrumental examinations for images and specialist visits, numerous laboratory analyzes are carried out, precisely to characterize the tumor in order to have a better therapeutic approach. Biopsy, i.e. the removal of a portion of tissue suspected of being neoplastic, is the best method to classify a tumor based on its morphological and molecular characteristics. In recent times, more and more attention has been paid to a possible application starting from a normal “blood test” for the early diagnosis and not of the various cancers“.

A particular target studied by many recent studies is constituted by microRNAs, small molecules of about 19-25 nucleotides of ribonucleic acid (RNA) that do not play a coding role, but perform a regulatory function of the expression of genes present in the cell nucleus. In detail, miRNAs regulate at the molecular level various physiological processes associated with tumor onset, such as growth and proliferation. «These miRNAs – explains Mondini – have also been identified within biological fluids, such as blood. Thanks to this peculiarity they can represent a possible way in the diagnosis of tumors, in the so-called liquid biopsy ». 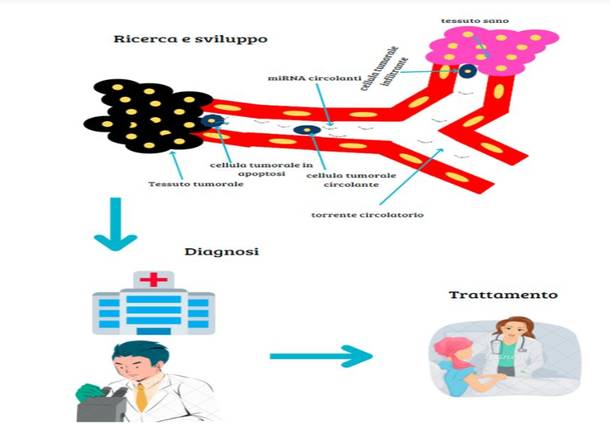 This is a procedure that is not without its difficulties, but thanks to new studies, liquid biopsy could become an increasingly widespread practice in hospitals. «To use miRNAs as“ biomarkers ”in diagnosis or prognosis – adds the biotechnologist – it is necessary to determine which miRNAs change in a specific disease and whether or not these changes are associated with other pathologies or physiological roles. Although miRNAs have characteristics that make them suitable biomarkers in clinical practice, given their high stability in tissues and fluids combined with good preservation in formalin-fixed and paraffin-preserved tissues, the detection of miRNAs in the blood is sometimes challenging due to of different characteristics of these molecules, such as: their small size, the similarity between the various members, the lack of common characteristics that could facilitate their selective detection and their low tissue-specific level. It should also be remembered that there are a number of confounding factors in the blood and that when these miRNAs are expelled from the cells of the tumor tissues, they are diluted in the bloodstream. Despite these limitations, which are tending to be resolved through new studies, liquid biopsy promises to play an increasingly important role, as it is already playing in the major Italian hospitals, in the diagnosis and prognosis of various cancers.“.

Diagnosing the tumor with a blood test, the new frontiers of liquid biopsy