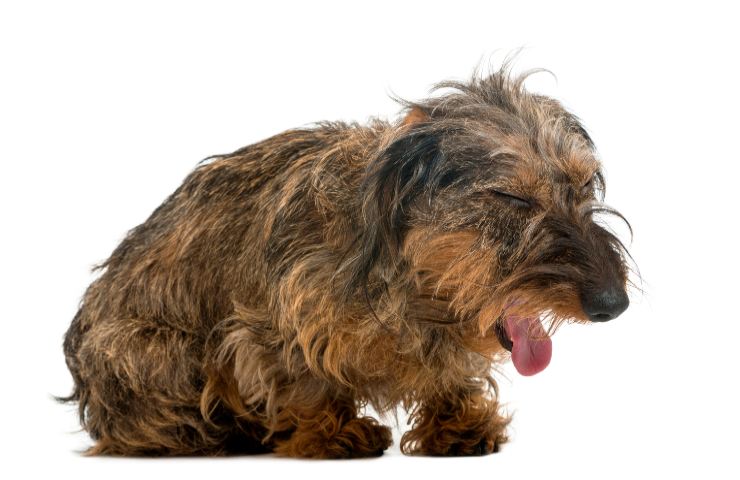 Dog that often coughs, it could also be a symptom of some serious pathologies. What diseases are showing this persistent warning sign and when to worry

There cough is one of the many symptoms that dogs can present frequently, in some cases as a natural response to some non-worrying conditions. During the act of quenching your thirst, for example, it can happen that the water goes through the water, especially when referring to puppies. The presence of hair and other debris can also cause the dog to develop a cough, but there is another very frequent physical condition that leads them to have it persistent and angry: it is the tracheitiswhich can also lead to vomiting episodes.

This inflammation of the trachea, just as the name suggests, can be caused by a number of factors, including trauma, such as a consequence of choke collars, or from the dog’s habit of pulling during the walk, both with collars and harnesses. However dogs, just like humans, can also contract virus And bacteria which affect the respiratory system, causing this frequent inflammation. These are the most frequent situations in case of cough, but there are several serious ones pathologies which present just this as their main symptom. What are the diseases that show this sign and when to worry about Fido’s health status.

There cough it is a symptom that can frequently affect dogs even for non-worrying conditions. Often in puppies it is absolutely normal, especially in the act of feeding or drinking, especially for the enthusiasm which distinguishes their temperament. But it can also be detected in adult dogs, due to ingestion of foreign bodies, presence of hair or inflammation of the respiratory tract not so alarming. However, there are some serious ones pathologies which present the cough, persistent and irritating, as the main symptom.

Read also: Beware if you find pigeon pee on the balcony: what you need to know

Pathologies cardiac are undoubtedly among the most worrying, precisely because heart disease in some cases presents cardiac enlargement which determines an inevitable compression trachea, resulting in a noticeable cough. Also tumors cerebral and some pathologies neurological they can cause coughing due to an alteration of normal bodily functions, which lead to difficulty in swallowing. Another chronic and irreversible condition that causes this symptom is the genetic malformation of the trachea, which is defined hypoplasticconcerning some specific breeds, namely the brachycephalics.

Read also: Planes, slaughter of birds in the skies: the latest report is terrible

Another one malformation relative in this case to the language that is presented of larger dimensions, the macroglossiapresents the cough as the body’s response to what is perceived as a partial obstruction. But another condition also occurs, especially in small dogs, the manifestation of which is represented by cough. This is the tracheal collapsewhere every effort can be sufficient to create the conditions to favor the onset of persistent and irritating cough.

Dog who often coughs: these diseases may be hiding


You can view our social media profiles here and other pages on related topics here.https://prress.com/related-pages/