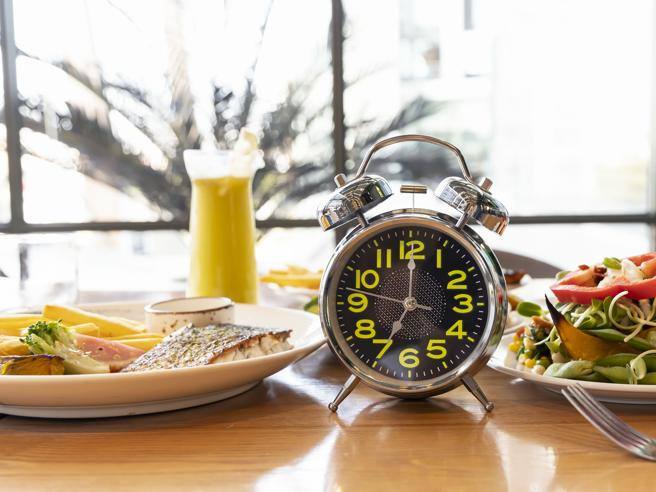 A new study analyzes the effects on weight of schedules and habits of 550 people for 6 years: the frequency and caloric size of meals were a stronger determinant than the time between the first and last meal

For weight loss can be more effective calorie reduction at each meal compared to intermittent fasting.

The frequency and the size of meals were a stronger determinant (for weight gain) than the time between first and last meal. A recent study backs this up published in the Journal of the American Heart Association which he considered almost 550 adults (18 years of age and older) from three health care systems in Maryland and Pennsylvania for a duration of time 6 years. The average age of the subjects examined was 51 years and the average body mass index was 30.8, a sufficient parameter to define a person “obese”. The mean follow-up time for weight recorded in the Electronic Health Record and evaluated in the research was 6.3 years. Through an app created specifically for the volunteers, the researchers were able to measure the hours elapsed between the first and last meal of the day, between waking up and the first meal and the interval between the last meal and sleep . The mean time from first to last meal was 11.5 hours; the average time from awakening to the first meal 1.6 hours; time from last meal to sleep was 4 hours; and the average sleep duration was calculated as 7.5 hours.

Not decisive for weight loss

The results showed that neither the time interval between meals, nor the time of individual meals were associated with change in body weight. Conversely, they had been important for the weight gain recorded after 6 years the total number of large meals per day (estimated at more than 1,000 calories) and average meals (estimated at 500-1,000 calories). Previous studies have shown that intermittent fasting can improve i circadian rhythms of the body and regulate metabolism, but the latter analysis did not find a direct association with weight loss. And it’s not the only study to highlight it.
Eating patterns that assume the adoption of intermittent fasting are mainly based on hourly intervals based on these schemes: skip a meal, or fast a whole day in a week, or concentrate the meals of the day in 8 hours (leaving the body fasting for the remaining 16).

Limitations of the study and benefits of fasting

The evidence on intermittent fasting used for a diet is inconclusive. “The first objection to this study – says Stefano Erzegovesi, Nutritionist and Psychiatrist – is the observational nature of the research, so it is not at all certain that the correlation between smaller meals and lower body weight is connected by a cause and effect relationship. It could be a reverse causation effect or reverse causation: it’s not smaller meals that make us thinner, it’s thinner people who, by their nature, eat smaller meals. The other objection is that, being the sample made up of obese people, the ineffectiveness of fasting could be related to the habit, very frequent in people suffering from obesity, to eat much larger meals after a period of fasting of longer duration, thus nullifying the potentially positive effects of the fast itself. In conclusion, fasting in itself is certainly not a panacea for losing weight but, if conducted correctly – therefore without compensation with excessive post-fasting meals – and with the supervision of a doctor, it can be a Useful tool for regulating body weightcircadian rhythms e the inflammation low-grade chronic disease.