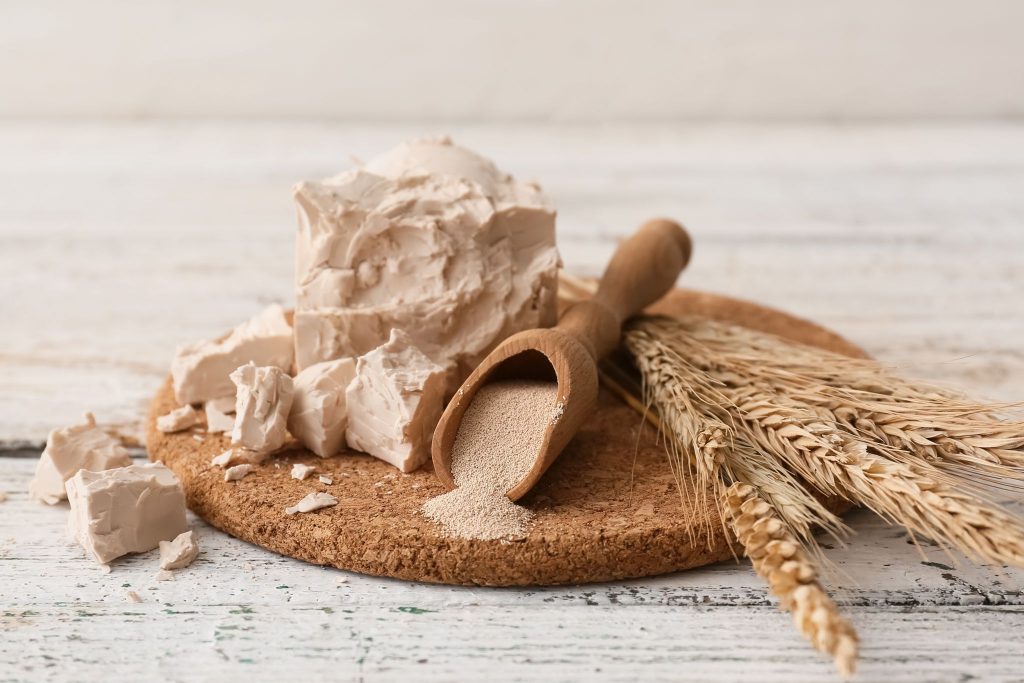 Eliminating gluten from one’s diet is a trend that has also spread to Italy in recent years, after the great US boom in gluten-free diets. But is it a healthy choice or does it rather hide the interests of gluten-free companies? A small anticipation: various indications suggest that the second hypothesis has a considerable weight, probably preponderant, in the dizzying increase in diagnoses of presumed intolerance in recent years. This article aims to detail the data and certain information to our knowledge, so let’s proceed in order.

Gluten is a protein complex present in various cereals such as wheat, barley or rye: nothing extraordinary then, just a natural protein such as those of eggs or meat, only that it comes from a food of the vegetable kingdom rather than the kingdom animal. So why do you point the finger at this substance?

ADI – Italian Association of Dietetics and Clinical Nutrition – claims that in recent years there has been an increase in the diagnosis of Non Celiac Gluten Intolerance (Non-Celiac Gluten Sensitivity) and celiac disease, up to 5 times especially in children, also due to the improvement of the assessment techniques to recognize these disorders.

Is gluten increasingly difficult to digest?

There are numerous reasons why gluten has become increasingly difficult to digest. Among these we can mention:

The difficulty in managing gluten is further increased by adding the so-called “bread improvers”Able to shorten the leavening times and produce other chemical changes in the dough. All these modern factors and substances (pesticides, flour additives, etc.) represent an additional burden for the liver and make the flour mixture less digestible due to the lack of pre-digestion of starch and gluten by the yeasts. In fact it is the correct leavening (long leavening with natural yeast) to make the products much more digestible for our intestine. It is the yeasts that digest most of the gluten and starch of the flours, if they are allowed to do their job in a natural way without technological and industrial alterations.

It is therefore preferable to buy wheat-based products made with unrefined flours and ancient grains, where the gluten content is reduced compared to modern grains hybridized and improved by industry in order to increase the yield per hectare on the fields. And possibly opt for the biological versions of such products.

All sensitive to gluten, then? Certainly not. What is certain, however, is that the inflammatory state of the intestine, inherent in this particular wheat protein, is proving to be increasingly present in the Italian population, perhaps also due to an abuse in our diet of this now ubiquitous nutrient ( pasta, bread, pizza, biscuits, crackers and breading contain it).

The real digestive problems of the modern era: leavening

After flour, the other key element that can really make a difference in our bread or in all leavened baked products such as pizza, biscuits, brioches, is the yeast. If the leavening is slow, with the addition of brewer’s yeast or natural yeast, the dough will rest at least 24 hours in the fridge before finishing in the oven: this process will allow for a pre-digestion of starches and gluten by the yeasts and of the bacteria present in the dough, which will subsequently facilitate the work of our intestine.

All that it does not occur in the case of rapid leavening (or chemistry) made with brewer’s yeast left to act for too short a time, instant yeast and other additives: pizza and focaccia, for example, will be much less digestible, as well as the typical white bread. 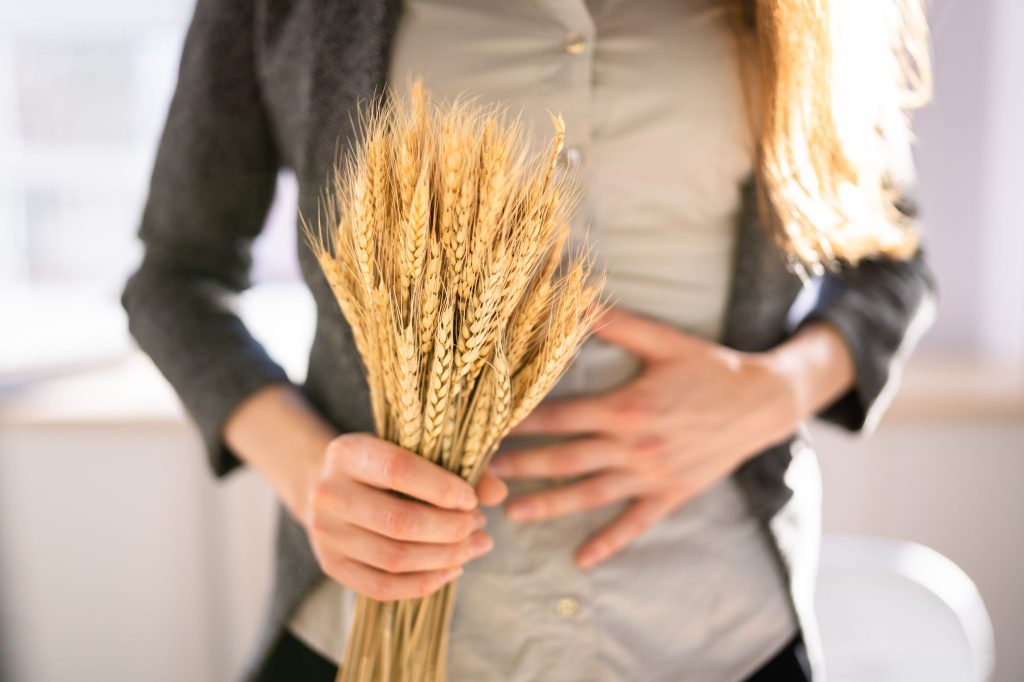 Only recently confirmed as a clinical entity, the gluten sensitivity occurs following the intake of foods containing gluten. It is characterized by disorders of the gastrointestinal tract such as abdominal swelling, pain, diarrhea or constipation, set in a picture of generalized fatigue, difficulty concentrating and, often, headache. Skin rashes, joint or muscle pain, anxiety or depression, cough, hoarseness, and mucus production may also be present. Symptoms subside after a few days of reducing the intake of gluten-based products. Those affected by gluten sensitivity test negative normally conducted to diagnose celiac disease: the walls of the intestine are normal and so are the antibodies.

This is enough to show that gluten is not the problem of all these people who define themselves as “gluten intolerant”. People often diagnose the problem themselves or are convinced that they do not tolerate wheat and derivatives after carrying out tests for food intolerances that are very unreliable and of dubious scientific value in terms of diagnosis.

According to experts, one in 10 individuals could be affected by Gluten Sensitivity. The therapy is the initial abstention from foods containing gluten, that is all those based on wheat, rye, spelled, barley and, in part, oats. Instead, rice, quinoa, millet, amaranth, buckwheat, corn and teff are allowed. After an initial period whose duration varies depending on the individual (usually from 4 to 8 weeks), we recommend the reintroduction of gluten in small doses, in order not to permanently lose the tolerance of the intestine towards this substance, preferring that coming from non-hybridized and organic grain varieties.

Reactivity to gluten or leavened products?

Most people diagnosed (or self-diagnosed) with gluten intolerance have a particular personal dietary profile, often related to a reactivity to gluten or fermented products (yeasts) or even a combination of the two. This aspect is not negligible, as it is often not a problem with gluten but with yeast and incorrectly leavened foods, especially the more industrial ones such as bread bought at the supermarket or pizza, or brioches and croissants for breakfast. that are consumed at the bar. It is about foods in which leavening is too fast and inadequate. A slow leavening, on the other hand, as mentioned, will facilitate the work of our intestines and will not cause problems.

In an attempt to show that gluten in and of itself is by no means the enemy to point the finger at, in the last few years a particular dietary aspect has gained some credit that limits certain food substances capable of fermenting in the intestine and creating intestinal problems such as irritable bowel syndrome or more generally various other forms of colitis.

This type of diet eliminates the so-called FODMAP (initials of English Fermentable, Oligo, Di, Monosaccharides, and Polyols), or some sugars (fructans for example, which are contained in wheat, fructose, lactose, galactans and most artificial sweeteners). One study published in Gastroenterology confirmed that such a diet can significantly reduce irritable bowel symptoms.

The glutenase enzyme, this unknown

Glutinase is the specific enzyme that breaks down and digests the gluten protein in our intestines. Mother yeast itself contains the enzyme glutenase (the fermentation of bacteria is what makes this substance produce) and produces significantly higher levels of yeast, leading to greater fragmentation of gluten proteins and reducing digestive difficulties. This means that bread or baked goods made with sourdough are more digestible for our body and they do not involve problems of immunological intolerance.

In Asia the same pathologies as Westerners, but without gluten!

Ultimately, it is of little use to point the finger at individual food substances such as gluten, or lactose (another business of modern food marketing), since even recent scientific studies they showed how Europeans and Chinese suffer from the same intestinal diseases, but these are caused by different food groups. In particular, in Europe we suffer from non-celiac gluten sensitivity or intolerance (NCGS) and in Asia from intolerance towards cereals such as rice and legumes such as soy. While the same disease (for example Crohn’s disease) in Europe may have a relationship with particular food groups (such as wheat, yeast and milk), in China it may depend on soy, rice and corn.

All this can only mean one thing: it is the overall unbalanced diet, and the modern-industrial preparation of food, that cause the most frequent intestinal problems we observe today. It’s not about gluten but about a way of eating that has now become too standardized and industrialized. Once again, what could help is the return to a more genuine food and to methods of preparation and cooking of simpler and less artificial foods. Refining food too heavily always leads us to worsen the nutritional quality. Often there is no need to refine a food that Nature has already prepared and made perfect, because by refining it we lose that very perfection that guarantees balance even from the point of view of “tolerance” on the part of our intestine. The case of flour and bread is one of the emblematic cases of all this, and scholars are increasingly convinced of it.

Is gluten really bad for your health?


Take a look at our social media accounts and other pages related to themhttps://prress.com/related-pages/