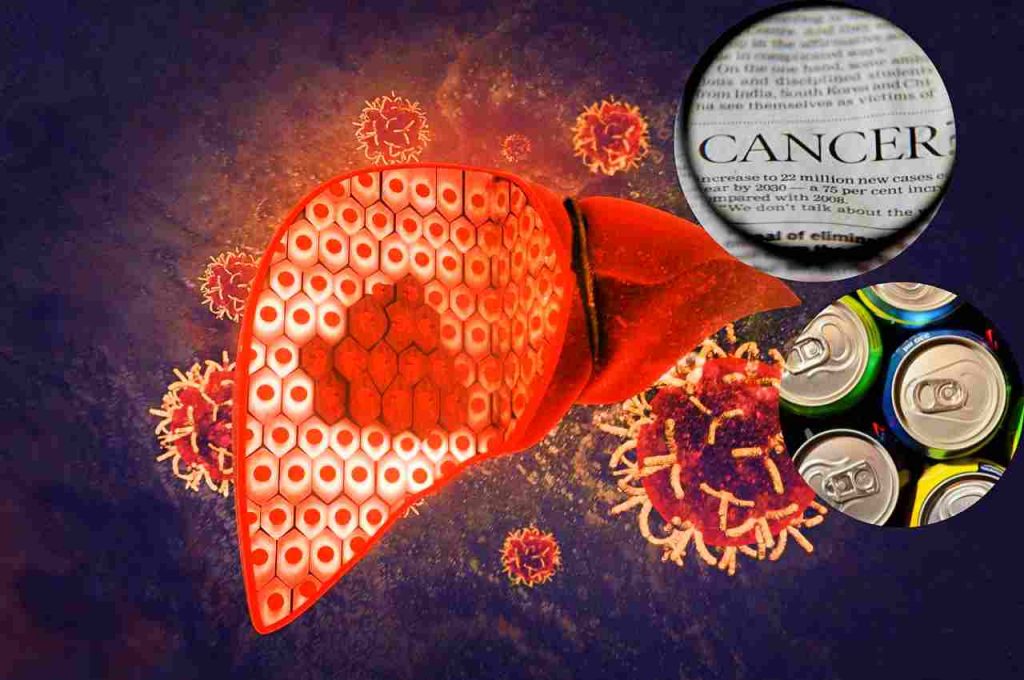 A major study found a relationship between liver cancer patients and the habit of drinking certain beverages.

We are not talking about though alcoholthat we know to be a risk factor for the onset of some cancers. Here’s what some scientists have found.

According to a recent analysis, about 80% of people who contracted liver cancer had something in common. That is, thehabit of consuming certain drinks. We know that prevention is one of the best ways to fight serious diseases and even cancers.

A healthy diet makes us live longer and healthier, on this all scientists and nutritionists agree. We must never stop, however, because tumors always remain deadly diseases that cause millions of deaths every year.

There prevention and the timely care they are already doing get excellent results. Especially for some neoplasms, which must be taken on time. Here is that if we discover further ways to reduce the incidence we will be able to add an extra piece to the enormous work done by scholars. Which already save millions of lives. A recent discovery gives us this kind of input, and suggests we eliminate certain beverages from the diet. Here because.

Liver Cancer, a study found a correlation between a famous drink and the disease

Some researchers have conducted a large-scale study observing 90,000 subjects for 18 years. The research results were published on Current Developments in Nutrition and promoted during a virtual event, the Nutrition Live 2022which took place last June.

The study took into account data from 90,504 postmenopausal women, with ages ranging from 50 to 79 years. Monitoring began in the early 1990s and ended after about 18 years.

What the scientists checked is the consumption of sugary drinks by the subjects and whether there was a correlation with the tumors they later developed. From the medical records of those who had had liver cancer it turned out just that.

In fact, it seems that whoever got sick had the habit of consuming two or more servings of sugary drinks per day. Of the more than 90,000 women observed, 205 had contracted the liver cancer. Compared to those who did not consume it, the subjects have therefore developed a up to 78% higher risk.

This study there confirms that adequate prevention drastically decreases the onset of diseases. Not only tumors but also obesity And diabetes. Which in turn trigger mechanisms that more easily lead to the development of different neoplasms.

(The information in this article is for informational purposes only and concerns scientific studies published in medical journals. Therefore, it does not replace the consultation of a doctor or specialist, and should not be considered for formulating treatments or diagnoses)

Liver Cancer, a study found a correlation between a famous drink and the disease