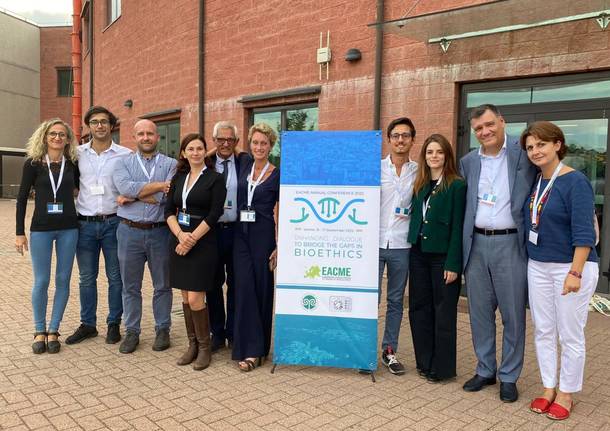 
Over 250 researchers and scholars from all over the world. From Europe, the United States, even Australia. Most of them were young scholars of biotechnology, medicine, biology and bioethics. For three days, from 15 to 17 September, they lived in Varese, headquarters of the 38th Annual Conference EACME, the European Association of Medical Ethics Centers.

«The conference was dedicated to dialogue – explains the professor Mario Picozzi professor of medical ethics, director of the Insubria Research Center and organizer of the conference – a topic that has become important in these two years of pandemic in which we have often heard about triage or vaccination requirements. The intent was to reflect on the value of ethical thinking in the face of major issues of a scientific nature and on the contribution that medical ethics scholars can bring to the debate ».

The pandemic has made difficult decisions emerging such as when it was necessary to decide who to intubate and who not during the first phase of the Covid emergency, or if and how to impose the vaccine obligation on certain categories of professions. 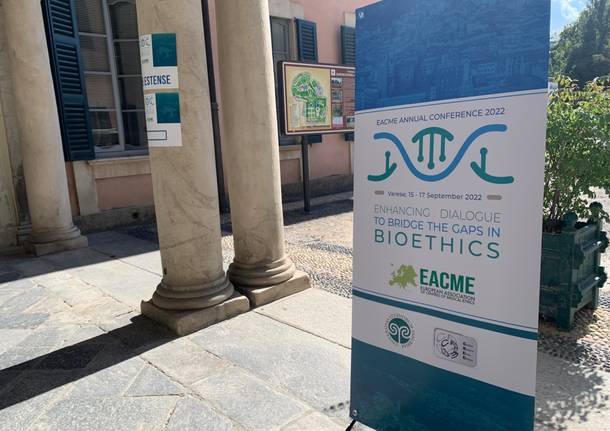 At the center of the three-day conference, which saw the participation of over 200 international speakers who were divided between actions, seminars, workshops located in the university town of Bizzozerothere were:
a) The dialogue on bioethics
b) Dialogue in clinical practice
c) Dialogue with society and politics
d) Dialogue on the future: new emerging technologies.

“In the United States – explains Professor Picozzi – the importance of the bioethicist is central. The reason is obvious: the health system is not free, the relationship between doctor and patient passes through an economic value. So the intermediation of those who insert the ethical and moral discourse is fundamental. The situation is different in Italy where we have a “paternalistic” system, where we rely on the specialist who is called to give the best solution because the health of citizens is a value protected by the state. Today, however, the individual decision-maker, often the doctor, is increasingly called upon to make difficult decisions that require at least a partnership on the part of the patient. But who can support the patient in his path towards the decision? This is where medical ethics intervenes, which helps, explains, accompanies to arrive at a conscious position ».

In Italy, the debate on some issues is increasing also thanks to technological innovations and scientific advances: we are talking, for example, of uterus transplantation, assisted suicide, artificial fertilization. How to face the decision process?

«The increase in age, chronic conditions, neurodegenerative and cognitive pathologies imply an increase in situations that pretend to take a stand. In each path there will always be someone who will have to take responsibility for the final choice. Is it right that there is only one left with the match in hand? Medical ethics is precisely that support, along the decision-making process, so that the match does not remain but one arrives at a thoughtful and conscious choice ».

The transition from trusting the doctor to sharing decisions is neither simple nor immediate: «It requires above all a cultural evolution that will put doctor and patient in a new collaborative relationship – comments Professor Mario Picozzi – In our country the discussion is still at the beginning. It would be necessary to have some pilot project that includes the figure of the medical ethics specialist alongside the patient who has to choose. There is no single answer, nor one that is right for everyone: every person is different and so is their decision-making process. Only in dialogue can we find the way, where each actor brings his piece of expertise in a logic of integration and comparison ».

From the places of science and study, the debate will then move to the city. Professor Picozzi, in agreement with the Municipality of Varese, will present a program of meetings on the topics of the ethical debate : «We will bring two specialists who will support opposing positions and who will give tools to form their own opinion. They will be calm comparisons to allow everyone to get an idea. It starts on 27 October at 5.30 pm in the Estense Hall where we will talk about the end of life. A complex topic that must be addressed with responsibility and ethics, without slogans and proclamations. It is a complex issue that requires a new cultural opening. Only starting from debate and confrontation, however, will our politicians be given the tools to synthesize and choose ”.

For three days Varese was at the international center of the debate on ethics, philosophy, deontology. With many young scholars called to indicate the future path.

Scientists from all over the world in Varese to discuss ethical choices in medicine: “Dialogue is important so that no one remains with the match in hand”


Check out our social media profiles , as well as other pages related to it.https://prress.com/related-pages/