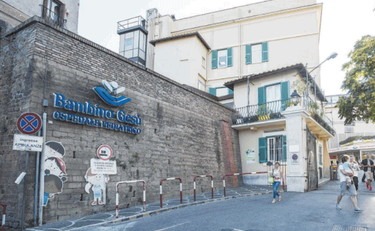 The “Australian” has arrived in Rome and, in its “pouch”, it contains nothing good: “the wave of flu infections promises to be intense also in Italy, already reached by the virus since the beginning of the summer”, warns the Bambino Gesù pediatric hospital. Where, since last June, the first 16 cases of contagion have been identified: these are children who arrived in the emergency room for respiratory problems. Now the confirmation also comes from the molecular profile of the pathogens contracted by young patients: in all cases, in fact, the H3N2 virus was traced, one of the main causes of the so-called “Australian” flu, as reported by the researchers of the Microbiologist and Hospital Immunology Diagnostics after analyzing the characterization of all data. «H3N2 has been identified in our patients, a relatively common type that has been circulating over the years – explains Professor Carlo Federico Perno, head of Microbiologist and Diagnostics of Immunology of the Child Jesus -. It is a flu that manifests itself with the typical symptoms of seasonal illness: fatigue, pain in bones and muscles, fever and problems with the respiratory and gastrointestinal systems ».

This year, however, the wave of infections started about 6 months early from the southern hemisphere, including Australia. And, therefore, we must be careful, especially for those at risk because, “in the case of comorbidities, the disease can have more serious effects – warns Professor Alberto Villani, director of the Department of Emergency, Admission and General Pediatrics – The recommendation is to vaccinate all children, especially frail children, from 6 months of age against the flu. The vaccine is a safe tool to protect both them and those most at risk of the family unit ».

From 1 October, the administration of the updated vaccine will start throughout Italy, which also provides coverage for the H3N2 strain. The first case was identified at the end of June precisely to the Child Jesus, where now there is a fear of the arrival of a double wave: the Australian, in fact, “could overlap with a new wave of Covid infections for which, internationally , updated vaccines are being prepared. The double vaccination, anti-flu and anti-Covid, is particularly important, concludes Professor Villani and is suitable for all the most fragile population groups. We always remember that vaccines protect us not only from severe forms of the disease, but also from the risk of fatal outcome which unfortunately cannot be excluded ».

The new flu is already scary: boom in “Australian” infections