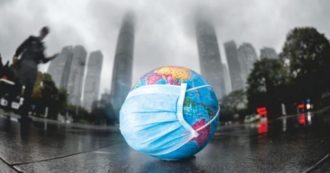 The grip of the epidemic Covid returns to close in on Italy, after a relative but not lasting decline. According to the weekly monitoring of the ISS-ministry of health, the values ​​​​of the incidence of cases and also the transmissibility index Rt, which returns above the epidemic threshold of the unit, are rising again this week. The weekly incidence at national level reaches 388 per 100 thousand inhabitants (18-24 November) against 353 in the previous week (11-17 November). In the period 2-15 November, the average Rt calculated on symptomatic cases was instead equal to 1.04 (range 0.80-1.31), an increase compared to the previous week – when it was 0.88 – and higher to the epidemic threshold. The value oftransmissibility index Rt had not exceeded the epidemic threshold of the unit – which indicates a level of increased spread of the Covid-19 epidemic – for about a month. On 28 October it was in fact equal to 1.11, above the threshold, to then drop the following week, on 4 November, to a value below the threshold of 0.95.

Covid, declining deaths and infections. Is the end of the pandemic near? The virologist: “Yes, if the data is consolidated for at least two months”

Employment in hospital wards is increasing, while employment in hospital wards remains stable intensive therapies. The employment rate in intensive care is in fact this week at 2.5% (daily survey by the Ministry of Health on 24 November) against 2.5% last week (survey on 17 November). The employment rate in medical areas at a national level instead rises to 12% (survey on 24 November) against 11% (survey on 17 November). This week, the Regions that register an occupation of ordinary hospital wards by Covid patients above the alert threshold set at 15% increase from 3 to 5. I’m Emilia Romagna (at 15.3%), Liguria (20.6%), Brands (15.5%), Umbria (31.3%), Valle d’Aosta (19.4%). Compared to the incidence of cases, the Region that records the highest value is, also this week, the Veneto with 694.9 cases per 100 thousand inhabitants. Emilia Romagna follows with 521.5 as emerges from the table on decision-making indicators that Ansa has viewed. That the trend was increasing had also emerged from the trend traced by the report of the Italian federation of hospitals (Fiaso) based on data from the sentinel hospital network with an inversion of the curve of admissions to intensive care which in one week recorded a significant increase with an increase of 77% while for ordinary hospitalizations the increase is 22.2%. A 22% share of no vax remains in resuscitation, average age 66 years; while among the remaining part of vaccinated patients, 88% received the last dose more than 6 months ago and are on average 72 years old. 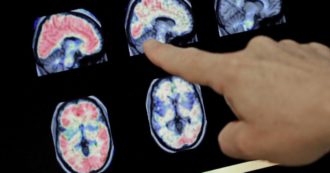 Covid, brain damage. The Study: “Abnormalities in the Frontal Lobe and Brain Stem”

There is also the case of those who become reinfected. “We are observing a large number of Covid reinfections even close in time. And, unfortunately, also among those who have had the first round of vaccinations. A recent study on natures showed, regardless of immunization, that those who contract a new infection have a higher risk of mortality from all causes but also of hospitalization. So letting the virus circulate and not taking the fourth dose involves risks that, especially the elderly, should not run. It is true that today the Covid disease is less serious, but the strong inflammation that is generated can cause damage, as the study discovered” he stressed to Adnkronos Salute Massimo Andreoni, head of infectious disease at the Tor Vergata Polyclinic in Rome and scientific director of the Italian Society of Infectious and Tropical Diseases (Simit), commenting on the data of the weekly Covid monitoring of the ISS-Ministry of Health. On hospital wards “there is no particular pressure, but we will soon also have the flu peak”, he warns and having “as the ISS report highlighted, an Rt of 1.04, therefore above the epidemic threshold, means that cases will increase. So Andreoni – there is no emergency, but we must also be ready to deal with an increase in infections ”.

“I would say that what emerges from the Covid monitoring is an expected trend of this rising wave, which I define as a wave and not a wave, and which will increase according to the mathematical models until beyond the month of December – explains Fabrizio Pregliasco, professor of Hygiene of the state university – . I believe that these data demonstrate how favorable meteorological conditions, the new Omicron variant on the rise”, i.e. the Cerberus family of BQ.1 and BQ.1.1, “and the co-presence of flu forms will also create some problems for hospitals. But now we are able to manage them better”.

The value of the transmissibility index Rt had not exceeded the epidemic threshold of the unit for about a month.