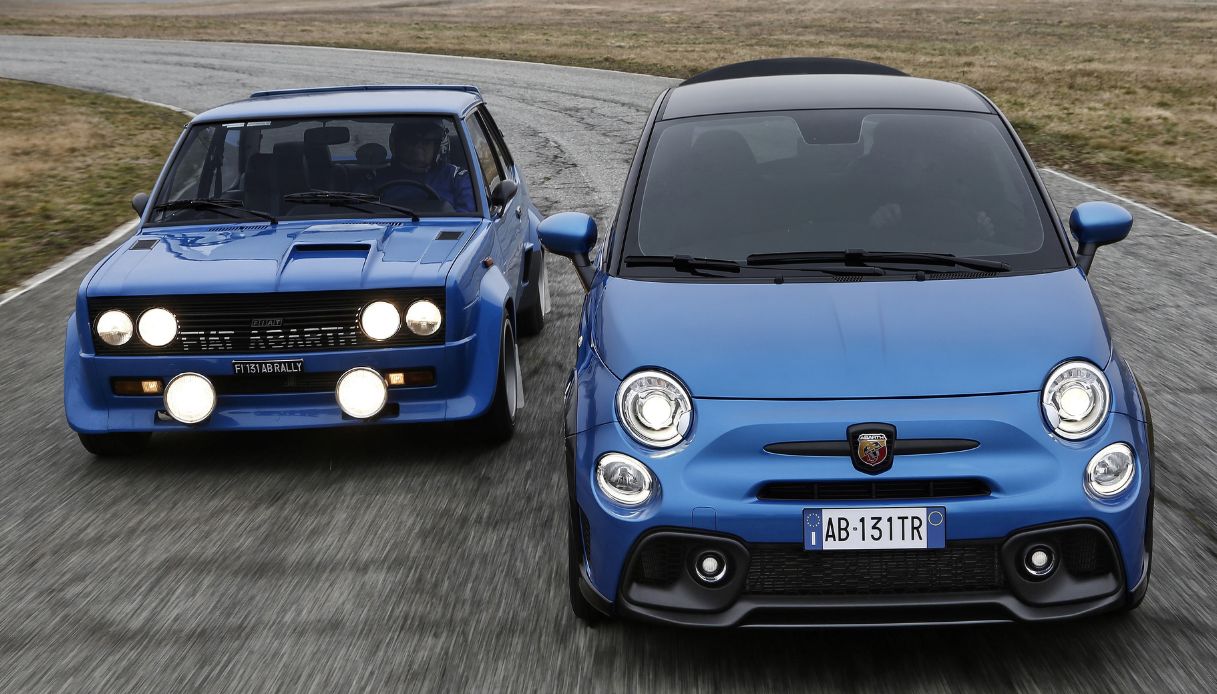 The Abarth 131 Rally is the car that made a whole generation of enthusiasts dream, and today the House of the Scorpion offers a model that celebrates it. 40 years have passed since its last race and today Abarth pays tribute to the car by dedicating it the Abarth 695 Tributo 131 Rally special series, a limited edition that will be produced in just 695 units and sold globally.

A new top-of-the-range version, a tribute to the brand’s racing history. In fact, competitions have always been part of the Scorpio DNA and today, thanks to the latest generation solutions – tested on the track to increase reliability and performance – they are adopted on normal production cars, ensuring a unique and adrenaline-fueled driving experience for the driver behind the wheel. The new Abarth special series is an authentic concentrate of technology in the name of the brand’s founding values: performance and style.

The new special model offers black 17 ″ alloy wheels with diamond finish and the system Monza Overlaid Record, the evolution of the iconic Record Monza exhaust with the four vertically superimposed tailpipes. The Variable Trim Spoiler is also standard, adjustable in 12 positions from 0 to 60 °. The style of the new Abarth 695 Tributo 131 Rally is unique and refined, with clear references to its historic predecessor, such as the new two-tone three-layer glossy “Blue Rally” livery, which reinterprets the original color in a modern key. This is the very first model of the Scorpio with “Easter Eggs”, little “gems” of style that the designers have decided to hide to amaze customers: we are talking about the silhouette of the 131 Rally engraved on the lower part of the door, on the dashboard in Alcantara and on the headrests of the new seats.

There livery it is embellished with a roof and uprights in Scorpio Black. The same shade of blue as the bodywork is also used for the mirror caps and some interior details. The monochromatic “Blue Rally” and “Grigio Record” liveries are also available. Inside of there is an “air of sport and high-level performance”, confirmed by the fabric seats, rigorously Sabelt, with inserts and blue stitching inspired by those of the historic model to which this car pays homage.

All elements that make us remember the legendary history of Abarth 131 Rally which debuted in 1976 in Group 4. A car with an enviable palmarès, which participates in six World Rally Championships (from 1976 to 1981) and wins 18 international Rally, three Constructors ‘World Championship titles (1977, 1978 and 1980) and two Drivers’ titles, or an FIA Drivers Cup with Markku Alén and a World Drivers Champion with Walter Röhrl.

Abarth 695 Tributo, the rally legend is back