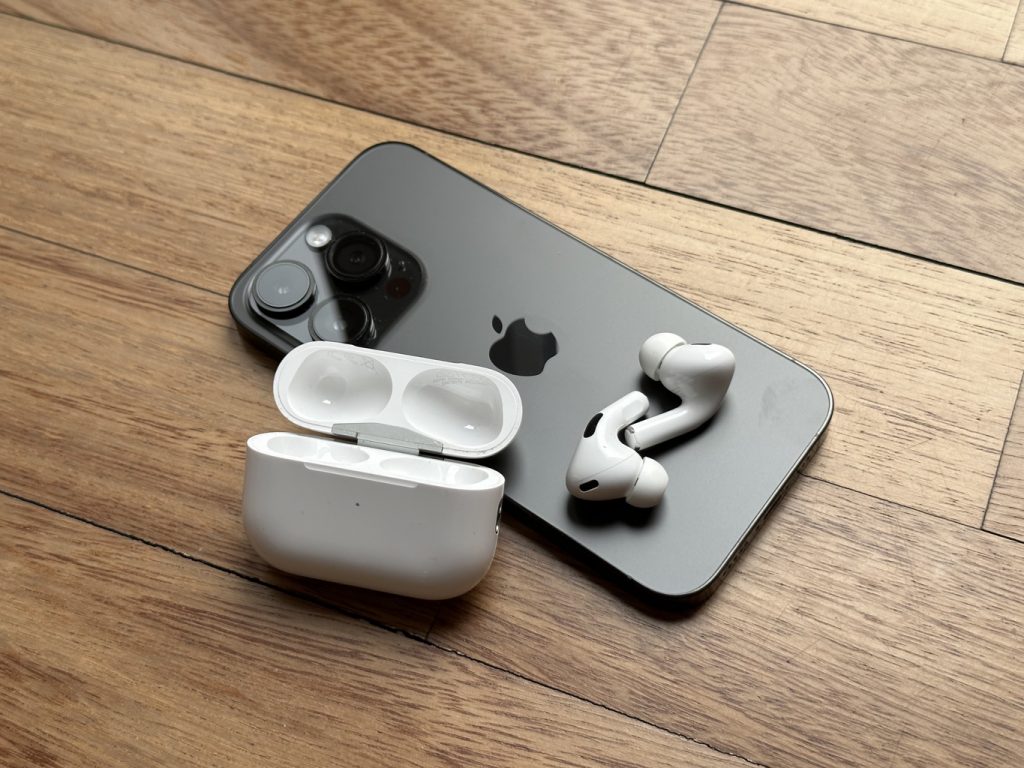 With iOS 16, Apple has made it more convenient to access the settings of the AirPods, which are now no longer hidden in an unknown Bluetooth submenu, but appear in plain sight at the top of Settings. However, it is still missing a dedicated app, which all manufacturers have and which Apple continues to snub. Also missing a equalizer: Apple loves ease of use and those who prefer to set the sound parameters themselves should look elsewhere.

The strong point of a pair of earphones with ANC (active noise cancellation or control: here we explain how it works) is just being able to use them to attenuate all those annoying sounds during the journey home / work, travel on public transport or the work itself, for those who want to isolate themselves perhaps in an open space context. And on the AirPods Pro 2 the ANC works beautifully. The H2 chip brings with it advanced computational audio algorithms, which work in combination with the low distortion driver and optimized positioning of the acoustic air intake and microphone. Apple claims that the noise attenuation is “up to double that of the previous generation”. Difficult to quantify it, but during our tests we can say that the ANC is much more effective than on the first generation of Pro (already in itself it was very good).
Apple also introduced a new feature, which it calls Adaptive Transparency. Transparency mode is the opposite of active noise cancellation: it emphasizes, through the microphones, the surrounding sounds, so as not to isolate us in dangerous contexts (when crossing the street, for example) or to understand the words of the speaker. However, it can happen that a very loud sound (an ambulance siren, a jackhammer, etc.) breaks through violently during the Transparency mode. The H2 chip cycles 48,000 times per second to dynamically adjust for loud ambient noises and muffle them as they burst into the scene. A nice idea that works. If you have an Apple Watch, you will also be able to view the noise reduction level in real time, while with the Health app on the iPhone you can check noise exposure and level reduction trends over time.
Quality in conversation of the AirPods Pro remains a strong point even in this second generation, but do not expect miracles if you speak in a very noisy environment: algorithms and microphones do everything possible but your interlocutor will still hear the noise.

During the launch of the AirPods Pro 2, Apple did not place a particular emphasis on the audio quality of the new generation. Yes, there is a new low distortion driver, amp, transducer and algorithms like the H2’s Adaptive EQ have been improved. The frequency range is wider and there is a small margin compared to the first generation, but trying the two generations these days we have not felt any radical differences. There is still no support for lossless formats.
Apple has instead aimed to improve spatial audio, 360-degree audio that is an easy concept for everyone to understand and that can be “sold” better than lossless (which then with mini-earphones to pick up the difference is really needed an absolute pitch).
With the second generation Pro comes custom spatial audio. Through the microphones and the camera, framing the ears, the software creates a personal profile of the spatial audio: music, voices and directional sound elements (in the video contents) will be perfectly calibrated on the user and therefore more effective. Here too, it is difficult to notice radical differences with the “old” non-personalized spatial audio, but the novelty certainly does not hurt.

The improvements of the second generation of AirPods Pro 2 are many even if the hardened music addicts, who seek audio quality first of all, will not find radical news here. The Pros remain a true wireless model that a slice of the public will tend to exclude a priori: a bit for the price (299 euro list, 20 more than the first AirPods Pro when they debuted), a bit for the formatas many don’t like or just can’t stand in-ear models.
For the Apple ecosystem, however, the advantages remain undeniable: the ability to jump on the fly from an iPhone to an iPad to a Mac is already unique. These AirPods Pro 2 are the model to take if you have several Apple devices and if, for work or lifestyle, you need active noise cancellation. The price list is salty but the offers, even tempting, on the AirPods have never been lacking in recent years and will soon arrive also for these AirPods Pro 2. Of course, 300 euros are not few in absolute terms and are much more than those requested by name competitors. (Samsung, Google) for great true wireless earbuds (Galaxy Buds2 Pro at 229 euros in the list, Pixel Buds Pro at 219 euros) recently released. As mentioned, however, AirPods is a much more sensible choice if Apple is your preference.

AirPods Pro 2, the review after two weeks of testing