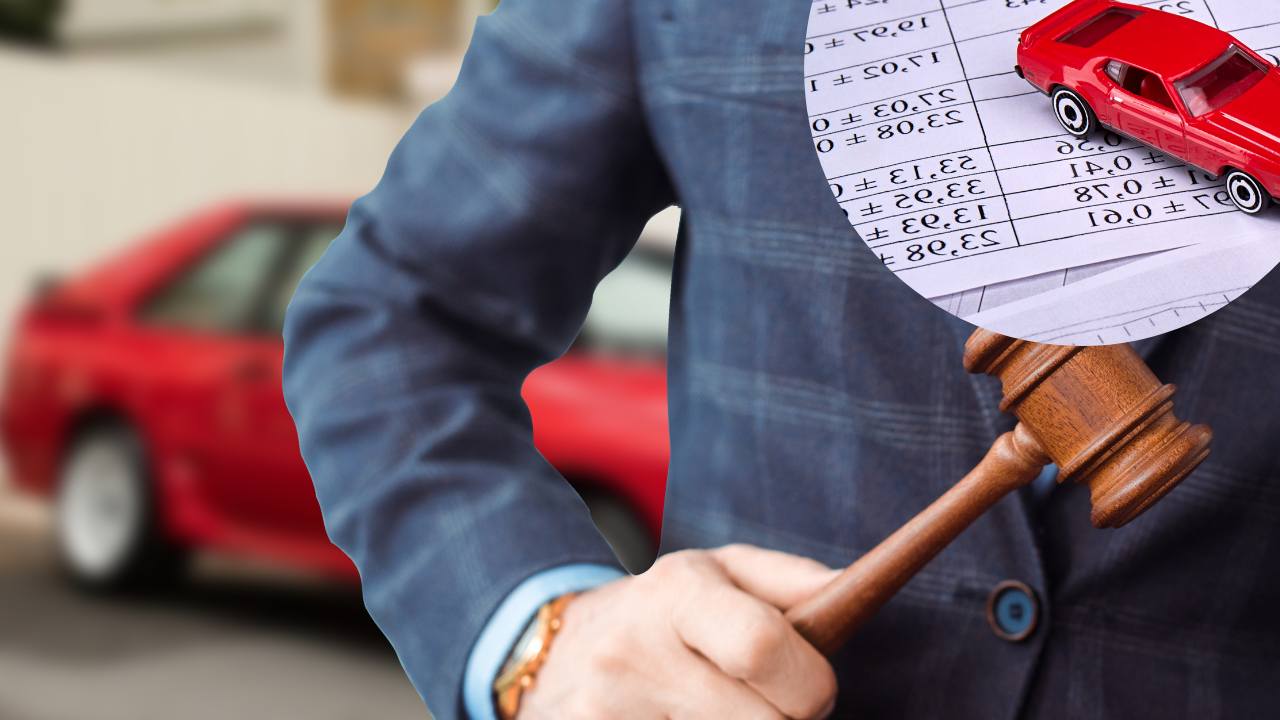 This car will remain up for auction until May 14th. If you are interested, hurry up, because there are very few in the world. An unobtainable piece with a cost … .. let’s find out!

At the beginning from the 80s, the automotive industry, especially the sports and racing carshe found himself at a crossroads. As proven cars continued to be developed a front and rear wheel drive, the new platform a four-wheel drive presented obvious advantages. The permanent all-wheel drive system made its debut on the quattro Coupé based on Audi 80 in 1980 and quickly defined the brand name.

Furthermore, in those years, the homologation rules FIA they were modified, and manufacturers were no longer required to build racing car, based on production models mass, but vice versa.

The Audi engineers therefore had the task of developing a car, completely new, and outside the previous schemes. And they did it in great secrecy. And they gave birth the Audi Sport. With his step shortened well 32cm, between the B and C pillars, the new car was not only significantly shorter than the standard ones, which were found in showroom, but its steel monocoque body, built off-site by Baur, also featured numerous GRP e carbon-kevlar panels, to further reduce weight. As such, there was very little in common with Audi of series production.

The car up for auction features a 5-cylinder engine, with a horsepower of 306 in the road version and 450 horsepower in the racing one. A big turbocharger KKK-K27 rated at 17 psi (1.05 bar). Even so, the Sport four competed against cars of the 3.0-liter class. She was able to snap from zero at 100 kilometers hours in just 4.8 seconds, making it one of the fastest cars ever built, for use on way to its launch.

THE four-piston brakes AP Racing, which they had been ventilated and housed, as developed for the Porsche 917guaranteed an extraordinary stopping power when necessary. It is believed that only 164 specimens of the road version of the Sport quattro, have been delivered to clients, the through specialized dealers. Street models boasted a brake power of 302 horses, and a pair of 258 foot-pounds, but they were no less aggressive to drive, compared to their racing counterparts.

Features and price of this car

THE progress as a system Selectable ABS, allowed drivers to specifically tailor the vehicle, to a variety of road conditions. This specimen at auction, which see in the picturewas purchased in May 1984, by Audi dealer Hans Kraft GmbH of Inglostadt, in the then Federal Republic of Germany. Wear one red paint completed by the black lining of the bumper, door frames and the “kicker” rear spoiler. Inside, the car is equipped with seating in gray leather.

With a design so timeless combined with the revolutionary handling characteristics, and the performance characteristics, any specimen of the rare Audi Sport quattro is highly sought after. The attractive configuration red-gray of this car only adds to the charm, of what is certainly one of the most desirable specimens of Audi Sport four never offered up for auction, and which is presented today in conditions commensurate at his bass mileage.

This Audi Sport quattro from 1984, is being auctioned by rmsothebys.com, has a price of indicative value, ranging from 750 thousand euros per million euros. Offers can be made until May 14, 2022. Interested?

Audi, auction this very rare model at an absurd price | Very few pieces in the world


Check out our social media profiles and also other pages related to themhttps://prress.com/related-pages/