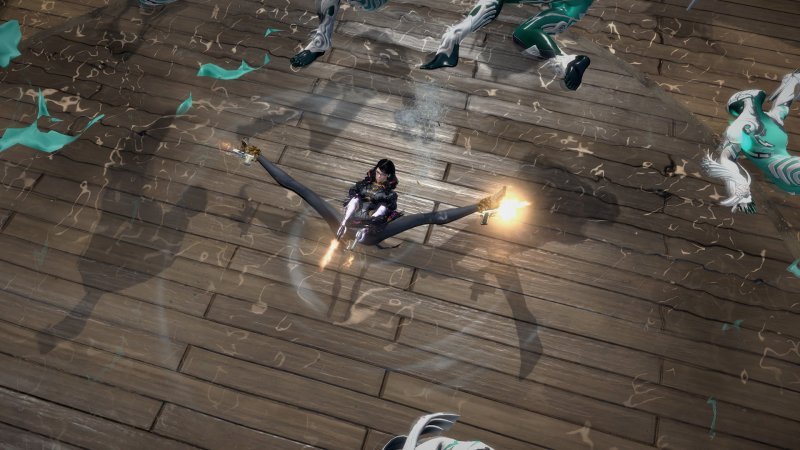 After a substantial Nintendo Direct, a new and detailed gameplay trailer for Bayonetta 3 has appeared: here’s what it revealed to us about the PlatinumGames action.

It is incredible to think how a period of silence in the press was enough PlatinumGames because doubts about the capabilities of the well-known development team increased dramatically, yet the last few years have been difficult for the fans of the house, more and more hoping to see a sign of past greatness in some new project. The tremendous flop of Babylon’s Fall, whose servers will be shut down barely a year after launch, has certainly not fueled hopes, just as it hasn’t helped the chaotic (and tremendously saturated) agenda of the team’s future projects. , also known for not having who knows what resources behind it.

In recent months, however, the situation seems to have largely calmed down and a simple game was enough to reinvigorate the spirit of the players who have been following the house for some time: Bayonetta 3. Although the first trailers did not show much gameplay, already from those few minutes of demonstration it was much of that inspiration that has made some of the Platinum products a must-play for any action enthusiast has reappeared.

After today’s pulpy Nintendo Direct, then, another nice surprise arrived: a long extra game trailer, designed to explain the main mechanics and describe in more detail what awaits us in the new adventures of the mighty witch with glasses.

We, of course, have looked at it in detail and today we are here for analyze Bayonetta 3 gameplay video. For the record: after watching, we are more optimistic than ever.

As already pointed out, the trailer focused on the gameplay and it was undoubtedly nice to see how Bayonetta 3 seems to maintain the spectacularity and complexity of the combat system of its predecessors. The witch is still able to devastate enemies with elaborate moves with multiple effects, the combinations are the usual mix of basic attacks and enhanced variants of the same at the end of the combos (even if this time these blows are demonic arts evoked, apparently not composed of the hair of the protagonist) and the only obvious variant with respect to the past seems to be the disappearance of the “animal forms” into which Bayonetta could transform herself.

Be warned though: the movement abilities of those transformations are still there, they are simply now being used in some sort of demonic form, which seems to give Bayonetta the aerial mobility of the crow form and that of the panther on the field in a single solution. Movement and dodging are therefore still very important in this third chapter, so much so that the Witch Time when dodging an attack at the last moment: slowing down time with this maneuver, of course, allows you to reposition yourself and safely unleash devastating combinations that are normally very risky.

The granite bases of the predecessors therefore give the impression of being all there (and even with some improvements), yet the transformation into a demon is not just a new option linked to mobility. THE demonic pacts Bayonetta’s seem in fact to be the main novelty of the combat system and can be exploited in a myriad of different ways that, in all honesty, we had not foreseen. The main? L’summoning the demon in giant form already seen in the reveal trailer, but able to earn many points compared to its first appearance in which it seemed to be little more than an interactive movie.

These “demonic kaiju” do not replace normal battles and, indeed, are apparently evocable in battles of all kinds, even those against small enemies. When they appear Bayonetta begins to dance like a madwoman, but she is unable to defend herself or attack and if any enemy hits her, her summoning stops; this limitation, coupled with the need to use magical power for summons, makes the mechanics anything but abusable and really useful only against individual opponents at the end of a fight (or in safe positions well away from the fray).

Does it seem too simple? Well, know that these monsters are also partially controllable and, if you don’t want to use them only in this way, they have many other three functions: they can be used at the conclusion of a combo to replace the final moves, or as “counter moves” particularly useful for stopping the attacks of large monsters (which seem to remain stunned after the maneuver). For the record, Bayonetta can still use the Torture Attack to finish off the enemies immediately after the attacks of the evoked demons (in all their forms) … really a mix of respectable possibilities when you have to choose how to give the final blow to the monstrosities that haunt the game world. Even with all this goodness available, however, it is the third use that is the most exciting: the Furious Mimesis. Remember the demon transformation we talked about earlier? Here, during the fight it is possible to activate it as if it were a sort of Devil Trigger a there Devil May Cry – it does not exploit the magic, and it seems usable only when a specific resource next to the portraits of the demons is at the limit – and once done, yes they get much more powerful attacks, similar to what happened with Bayonetta 2’s Umbrian Climax. Here, however, the variety is much greater, because the demonic form changes according to the weapon chosen, since the demons are related precisely to the tools of death at the disposal of the witch.

In short, the application of summons to the combat system is far removed from the qte we were afraid of, and it seems mechanically much more suited to the fundamental system of the old Bayonettas than we could ever have thought, since the demons only increase the number of approaches to combat and do not seem to distort the whole. Of course, it is too early to assess how balanced the game is, but given who is at the reins of the project we have the sacrosanct right to be confident. But if you prefer something more “classic”, Bayonetta 3 also offers another gem: a new usable warrior named Violawhose functioning seems to be very different from that of the co-star.

In all likelihood, Viola will not be usable in every chapter – at least not during the first game of the campaign – and you will be able to play her role only in pre-established levels; However, PlatinumGames does not seem to have neglected the young woman for this reason alone, so much so that it has built a rather unique combat system around her, which significantly changes her pace compared to what is described above. Apparently only one is used in the role of Viola katana, whose attacks can be loaded in the middle of the combos (it is not clear if it is possible to load only some attacks or all, but we believe that this is the second option); the girl, however, does not rely on dodging in defense, but on perfect saveswhich trigger Witch Time with potentially even more frequency than Bayonetta.

Considering that the charged attacks of this new co-star are usable even when using projectiles from a distance (throw multiple darts at will), we believe that her fighting style is markedly more related to timing and requires a mixture of flawless parries and combos. charge wisely to maximize damage.

Not that the summons disappear as Viola, however. If you use it you can summon a huge demonic cat named Cheshire, which, unlike Bayonetta’s evocations, does not limit movement once on the pitch and appears to act completely independently. Eye: the use of Cheshire is related to the sword, so calling it means having to fight with your bare hands and deprive yourself of defensive parries; also in this case it is therefore necessary to choose wisely what to do based on the situation and the opponents.

Little more to say: the trailer has really thrilled us, as all the new mechanics seem extremely well implemented and the possibilities seem endless. Plus, Bayonetta’s demonic transformations seem to offer too navigation skills to use in the various levels, and this could indicate the presence of interactive puzzles as you progress. Finally, we are quite convinced that the game’s weapons are not just three, and that there are therefore other demons (with their transformations and abilities) to be revealed.

There remains only one doubt after this excellent demonstration, and it is related to technical sector. As fluid and spectacular as it is, Bayonetta 3 appears to have extremely darker and more bland settings than its direct predecessor and a generally less inspired art direction. It may only be related to city settings, but it will be something to consider. Out of that stumbling block, we’re finally excited for a PlatinumGames production again, and it’s a really good feeling. We just have to wait for the arrival of our favorite witch.

Bayonetta 3: the gameplay of the highly anticipated PlatinumGames action revealed in detail