PlayStation Store Black Friday Sale they did not disappoint expectations. Not only are there hundreds and hundreds of PS4 and PS5 games on offer, but many of them are also offered at the lowest prices ever. This is an unmissable opportunity to grab all those titles that for one reason or another you have left on the shelf in recent years, also and above all in view of the Christmas holidays, during which you will have more time available to dedicate to your beloved PlayStation. So, take out your credit card or ask your parents for an advance gift: these are the video games that you absolutely cannot miss during the Black Friday promotion, which will remain active until 00:59 on 29 November.

The Last of Us Part II, one of the best games of the last generation, for just 9.99 euros: is there really a need to say more? On the occasion of Black Friday, the price of Naughty Dog’s monumental work has dropped to an all-time low and leaving it on the digital shelf would be equivalent to a videogame crime. If you haven’t played it yet, you don’t even have to think about it.

Unsettling, impetuous, violent, excruciating: there aren’t enough adjectives to describe the story of The Last of Us Part 2, which deserves to be fully experienced without any anticipation. We won’t dwell on it, it’s enough to know what it represents the natural and inevitable continuation of the story of the essential first chapterby the way made a comeback in recent times with a remake for the PlayStation 5.

The Last of Us Part II is also and above all a marvel to play, endowed as it is with an intense and layered gameplay, further invigorated by a level design that lends itself to many different approaches. There is no specific version of the game for the latest Sony home console, however The Last of Us Part 2 runs at 60fps on PlayStation 5. It’s not every day that you have to deal with a 10 on the report cardso enjoy it too The Last of Us Part 2 review.

This Black Friday is the fair of masterpieces at a discounted price. Like The Last of Us Part II, too Red Dead Redemption 2 has taken advantage of the latest round of discounts to offer itself at its lowest price ever, so the same argument made above applies: buy it! 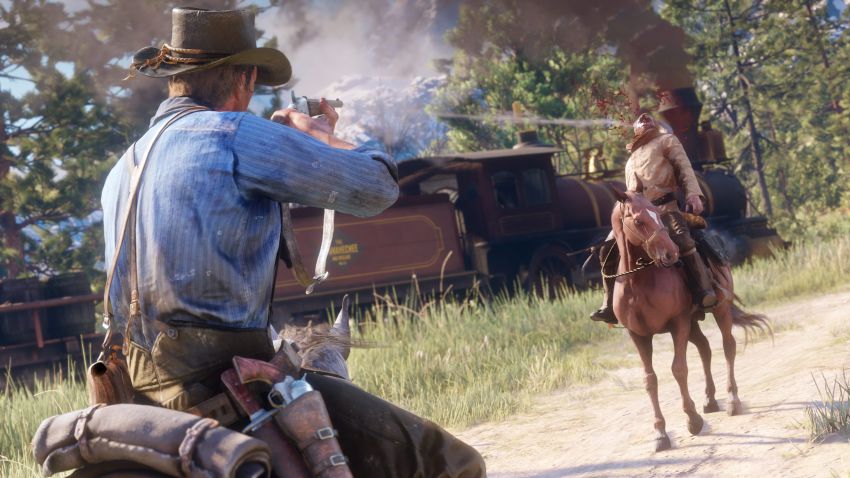 The story opens in 1899, a few years before the events narrated in the first chapter. After a heist gone wrong, outlaw Arthur Morgan and the rest of Dutch Van der Linde’s gang are forced on the run in an America that is about to say goodbye to the Wild West era. It starts like this an epic with explosive emotional powerlargely calm in its rhythm and not very exuberant, but capable of leaving an indelible mark on anyone’s heart and memory.

The background to one of the most beautiful stories ever told is a world that leaves amazed by density, variety and beauty from which one would never want to part, not even after 40 hours required by the main campaign. Did you know that there too Red Dead Redemption 2 review ends with a thunderous 10?

He thinks about it Ratchet & Clank Rift Apart to donate a touch of pure next-gen on this Black Friday. The latest adventure from the dynamic duo (or trio?) of Insomniac Games has never cost so little, so if you crave a healthy dose of fun and want to impress your friends by showing off the raw power of the console, this is the right choice. This time it is not a single universe that is threatened, but all dimensions! An evil robotic emperor intends to conquer the different planes of reality, starting with the world of Ratchet and Clank, who are forced to dust off their absurd weapons to prevent interdimensional collapse. From their also have riveta rebellious Lombax from another reality.

Rift Apart raises all the distinctive features that have made the success of a saga that has just blown out its twentieth candlehow the lighthearted comedy, the wonder of discovery and the dynamic action. While the tons of lead and copious explosions punctuate the progression, one is inevitably struck by the powerful staging, which makes it difficult to distinguish the line between video game production and a Pixar film. The multidimensional gimmick also offers the perfect assist to PS5, which can thus also show off its incredible speed in loading. Read the Ratchet & Clank Rift Apart review to know more.

Another round, another game at its all-time low. Even the delicious Kena: Bridge of Spirits has chosen to offer itself at its lowest price ever, helping to put even the most thrifty among you to the test. Difficult to resist the sweet magnetism of Kena, a young Spirit Guide with a tender smile and eyes full of peace called to free the Forest from corruption, which is devouring it little by little, destroying all life.

In this’old fashioned action adventurecharacterized by preponderant narrative elements, lots of exploration and frenetic fights, his path will intertwine with that of the Rot, shy sprites committed to preserving the natural balance. At the heroine’s command, these little creatures can learn new skills to manipulate the environment, helping her fight corrupted spirits and rebuild a once-majestic world.

The strength of Kena: Bridge of Spirits, EmberLab’s first work, lies in his balance between gameplay and storytelling, framed by a graphic sector that is satisfying both for the eyes and for the soul. On PlayStation 5 it is possible to choose between two graphics modes, one that favors quality with 4K resolution and 30fps framerate, and another that instead focuses on performance, with dynamic 4K (1800p on average) at 60fps. Read the review of Kena: Bridge of Spirits if you are still not convinced.

We close with a healthy dose of horror, which is good for us all year round, not just on Halloween. Our choice fell on the Resident Evil 2 remake, both because it’s a great game and because at such a price it’s impossible to resist. Yes, once again we are at an all-time low, and in a Deluxe edition!

The Resident Evil 2 remake blends the old and the new to deliver a must-have survival horror experience for new generations and longtime fans alike. Capcom replaced the original’s fixed camera with a third-person camera on the shoulders of the protagonists and has modernized the entire game system by renewing the puzzles, modifying the progression where necessary and adding new sections. All while preserving the gait and atmospheres of the original, enhanced here by the excellent RE Engine, the same engine that will move the future remake of Resident Evil 4.

The Deluxe Edition, in addition to the base game, also includes the Extra DLC with the following items: costumes for Leon ‘Sheriff of Arklay’ and ‘Noir’, costumes for Claire ‘Military’, ‘Noir’ and ‘Elza Walker’, the deluxe weapon ‘Samurai Edge – Albert’ and the original version soundtrack. For more information on the game read the Resident Evil 2 Remake review.

Black Friday PlayStation: the best PS4 and PS5 games to buy at a discount