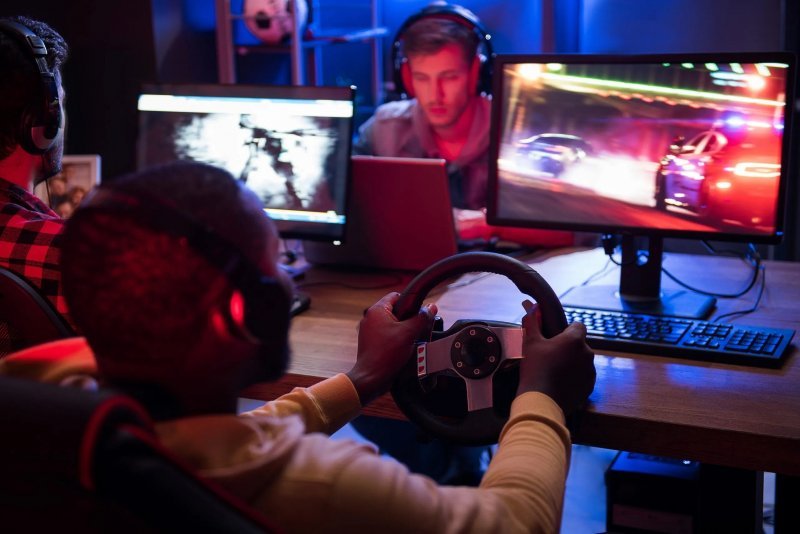 In recent days, the case of the LAN Rooms closed by the Excise, Customs and Monopoly Agency broke out: let’s try to clarify what happened.

Some LAN Rooms have been closed. An entire sector that has developed in recent years could be at risk of bankruptcy. An entrepreneur who could and would like to launch himself in the same market that he denounced as illegal. These are the central points of an issue we are sure you will have heard about in these days, and which could accompany our discussions for a long time in the near future. But what exactly happened?

Let’s try to clarify the case of the LAN Roomsbecause the latest developments seem to significantly change the scope of the controversy.

Let’s start with the facts. On Friday 29 April 2022 a certain number of commercial establishments defined as LAN rooms were closed by agents of the Excise, Customs and Monopoly Agency. The reason is a statement presented by the entrepreneur Sergio Milesi, owner of the company Led Srl. Thus, the seals have been placed on an unspecified number of premises that are defined as “digital entertainment parks”.

Milesi’s accusation against the so-called LAN rooms is that of competing unfairly with traditional game rooms. These activities provide for a fee workstations with PCs and consoles where you can play various types of sports, driving and combat video games at a competitive level, such as Fortnite, Call of Duty or FIFA. In the LAN Rooms, devices are used that are sold to be played at home, in other words the PCs and consoles that we all own, but in some cases they have similar configurations to those that are used in traditional arcades. Commercial establishments that have existed for many years that have to pay specific licenses, approvals and taxes in order to be visited by the general public in complete safety. The example given in the exhibit is that of a driving simulator that can be found inside the LAN rooms, which in many ways resembles the arcade ones.

In the original complaint, the Agency was therefore asked to verify that the regulations regarding “amusement machines without prizes” were respected, which essentially govern how the devices and software in this kind of arcades must be. And the Agency responded by closing all the rooms deemed not up to date.

An event that, in the early hours, generated a bit of a commotion generated mainly by the all-Italian confusion that is made with the term arcade. A definition that could mean both the classic arcade halls of the 70s-80s and the rooms with slot machines and other similar gambling devices inside them. A qui pro quo corroborated by the fact that the shops of Sergio Milesi and Led Srl are mainly Slot rooms, but also contain other types of commercial activities, such as bars, bowling and, in fact, arcade rooms.

The reaction of the LAN rooms involved in the measure was obviously not made to wait. The eSportPalace of Bergamo, for example, has published a video on Instagram showing the seals placed on the PC and race stations.

In the video it is stated that events such as Milan Games Week will also be blocked in the future, but this immediately appeared an exaggeration.

Following the complaint, in fact, on Tuesday the same Excise, Customs and Monopoly Agency had issued a circular in which it was said that it was a measure taken against some specific activities, not of an entire sector. This circular invited the owners of the LAN rooms to ensure that their devices were “subjected to homologation or certification, equipped with authorizing titles, and subject to the payment of the Tax on Entertainment (ISI)”. The deadline for doing everything was set for Saturday 30 April, but some of the owners of the theaters in question let it be known that the procedures envisaged by the Agency for this type of regularization were far from clear.

Nonetheless, many similar businesses in a preventive manner have stopped commercial activities. For example, Federico Donnaloia of the Titan Gaming Center told us that, while waiting to understand how things are, he stopped “the LAN Room and we will continue to work only with the bar and playroom area. But it will not go on for a long time like this. … ”

What “frightened” is ADM’s modus operandi: “Before Friday no one expected such an action,” Donnaloia told us. “Although there are various means of contacting us officially (PEC), no one has warned us that the legitimacy of our business was being evaluated. I would have liked to know …” The real problem, again for the head of the Titan Gaming Center, is that “the Italian legislation has fallen behind for decades, our sector is “new” and does not fall into any existing category. ”

Milesi, for his part, was interviewed by the specialized site Agimeg, explaining how the devices of his company are subjected to numerous and strict controls, while the new LAN rooms do not seem required to all these procedures, despite using similar equipment and are open to public. The declared objective would therefore be to clarify whether these activities are lawful or not and what type of regulations they must comply with.

It then emerged that Milesi did not limit himself to the complaint to the Lombardy branch of the Agency which closed the LAN rooms. In the meantime, the entrepreneur, who also manages rooms with “coin machines that allow for cash winnings”, that is, slot rooms and the like, has also sent a very specific question. In this document he asks for clarification precisely in order to introduce in his premises the possibility of practicing “eSports” and “electronic sports” on competitive video games. In short, while blocking the competition, Milesi evidently sensed the potential of this sector and decided to test the ground to devote himself to those activities that he has recently blocked.

As stated in the text of the document, the company intends to expand its offer by creating a space within its premises where to install PC stations, driving simulators and other equipment made available to customers to practice electronic sports on competitive video games. .

The document goes into great detail, talking about the possibility of setting up areas with PCs and consoles such as PlayStation and Xbox, allowing users to use these platforms upon payment of a fixed price for access to the station. These may be based on games such as RTS, MOBA, FPS, Battle Royale, collectible card games and sports video games, according to reports.

It is also interesting to note that in the interpello the idea is put forward that Led Srl does not need to obtain a permit for the implementation of these new activities and that it is not even necessary to pay the tax on entertainment, given the regularity instead of all the devices for the “lawful game” as reported in the dedicated articles of the TULPS.

At this point, the Agency has 90 days to respond to the request of Milesi and his company and the developments of the matter will be interesting to follow also to see how the situation of the other eSports halls will evolve, which in the meantime must remain closed.

The replica of the ADM

As we said, the Agency’s response to all the controversies that arose in recent days was not long in coming. According to the press release released on Monday 2 May by ADM, the eSport and LAN halls closed throughout Italy would be only three, moreover due to serious irregularities that would also involve the use of software without authorization.

The situation seems to be much less serious than that told or feared by the operators of the theaters that have been closed and in fact the places scattered throughout Italy would not be at risk. In the same press release, ADM simply defines the hypotheses of total closure of this type of business as false and unfounded. In fact, in one of the 4 cases checked, the commercial operator exhibited the administrative documentation currently recognized as correct for the exercise of the gaming activity in the LAN room. This allowed the Games Management to recognize the legitimacy of the activity and to conclude the administrative inspection without any accounting or administrative significance.

It follows – continues the Agency – that all sector events, including thematic fairs and gaming in the LAN rooms themselves, are in no way prejudiced if carried out in compliance with the sector rules and that the news disseminated is not respond to the reality of the facts.

What is certain is that this whole case has highlighted a regulatory hole in which these misunderstandings have been created. On the one hand we have an entrepreneur who is subject to the old rules (and heavy taxes) of the arcade rooms, on the other hand the entrepreneurs of the “new” LAN rooms who, proposing something a little different, did not think they had to comply with those same rules .

The managers of the LAN rooms have in fact joined together to try to assert their reasons. “An important representation of owners of eSports Center, Sale Lan, Simulation Center, VR Center and the like, came together to face the recent initiatives of the ADM together,” the press release reads.

“The intent of this group of companies is to seek a dialogue with public institutions to find a normative or interpretative solution to the legislative gap on the issue, to avoid the problematic extension of interpretation and application of outdated rules to new and modern technologies customs and traditions.

The will is to create a nucleus that represents all the companies in this sector to propose an open discussion with ADM, MISE and other related institutions with respect to the characteristics of the world of eSports and more generally to digital entertainment, discussing the enormous potential. of this sector that the governments of other European countries are encouraging with laws and reforms. ”

Fortunately, the situation is deflating quickly, with some politicians who have nevertheless made it known that they are aware of this new issue and will bring the case to Parliament. As we know, however, the times of the Italian bureaucracy are biblical and at this moment (to tell the truth for some years) the Government has more pressing things in its hands. Despite this, the situation should clear up soon and above all the entire sector of LAN rooms or Italian fairs does not seem to be at risk.