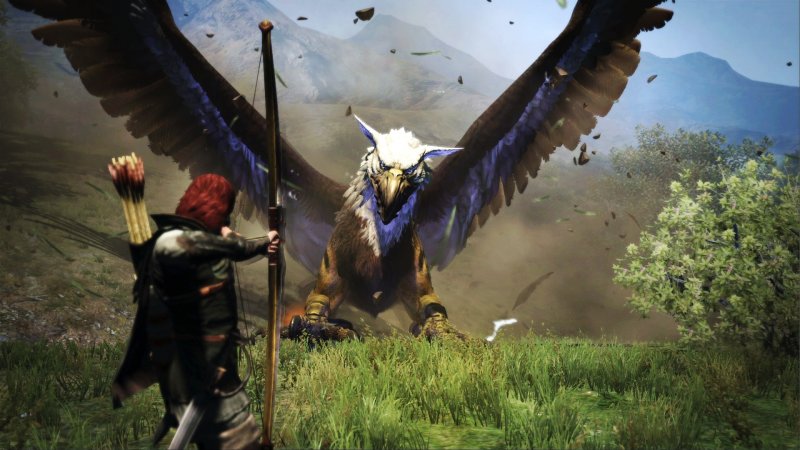 Itsuno has finally confirmed Dragon’s Dogma II: today we try to explain why the series deserves more attention and what we could expect from the second chapter.

After the Capcom Showcase theater we had almost lost hope. Everyone expected that Hideaki Itsuno, one of the most prolific and skilled directors of the Japanese house, would have appeared during the event to present the rumored sequel to Dragon’s Dogma, so when he actually peeped the hype quickly skyrocketed. And instead the good Itsuno greeted, announced that there would be a celebratory video and then he went away as if nothing had happened, leaving room for other games.

The same celebratory video from tonight for a while made us lose hope: until the last moment it actually seemed a mini documentary on the production of the first Dragon’s Dogma, however, very careful to leave out some of the juiciest information on the epic of that game ( the difficulties to complete it were many and led to significant content cuts during production).

In a moment of great human pity, however, Itsuno and his collaborators (including Daigo Ikeno, exceptional artist and one of the most influential in gaming) have finally capitulated, confirming the development of Dragon’s Dogma II with a triptych of brand new t-shirts. . The game exists, the leaks were real, and fans of the original can finally sleep peacefully.

Too bad nothing else came along with the announcement: zero trailers and zero artwork, with a nice outline of absolute emptiness. Today, therefore, we are trying to recover ground by explaining to you what to expect from this highly anticipated sequel to Dragon’s Dogma 2. And maybe, why not, we’ll even try to make predictions, based on some realistic rumors regarding the development of the game.

A RPG made by action artists

As mentioned earlier, Dragon’s Dogma was a troubled project, born of a tumultuous period of management Capcom. Itsuno’s and his gods’ ambitions were remarkable, and many of the original ideas for the game didn’t find space in a production whose timing and resources weren’t enough to fully accomplish what the developers wanted to create.

Yet, either because of the experience of the people involved, or because of the excellent fundamental ideas of the project, this curious one Action RPG it has become a small cult, so much so that it deserves a substantial DLC called Dark Arisen and is considered today among the most underrated games in circulation by a fair number of fans. The main reason? Well, Dragon’s Dogma was a true open world RPG, with a very impressive combat system, a great variety of classes and abilities, and a much more inspired narrative than its in-game management would suggest. These qualities are so remarkable that they partially obscure the marked defects of the “vanilla” version.

And the flaws were there indeed: a ‘exploration plagued by the lack of fast travel and mounts, tedious side quests (the worst ones ever) and a world created a little too “rushed” to support the idea of ​​”spectacular fantasy adventure” that Itsuno and his gang had in mind. Perhaps it is precisely for this reason that, with the expansion called Dark Arisen, the team decided to focus on the most successful aspects, fielding a large dungeon based on spectacular boss fights and more challenging encounters, to leave aside the open structure of the concept. initial.

The final result? To date a game much loved by speedrunners and lovers of class minmaxing and spectacular combat, which still gives a fair lesson to most of the exponents of the genre in various aspects, and introduces concepts that are nothing short of interesting such as Pawns and climbing. monsters in battle. If the Japanese house hadn’t had all those problems at the time, we would probably have found a masterpiece in our hands.

Today’s Capcom, however, is a very different reality and given the latest exploits it seems increasingly closer to its ancient glories. So now we have a project headed by some of the most illustrious names out there, with undoubtedly more time and resources available and a myriad of ideas in the cauldron (it is rumored that Itsuno had been thinking about a sequel to Dragon’s Dogma well before the development of Devil May Cry 5, to say). The potential is therefore enormous, and it is seriously worth analyzing the possible evolutions that could be implemented in this chapter.

What to expect from the following

The first system to be dealt with is undoubtedly that of Pawns. These customizable minions represented the “asynchronous multiplayer” of the game since it was possible to download those of other players, and represented a significant help in general, so much so as to also give advice on what to do during quest and exploration (they had a learning system linked to these factors).

At the same time, however, the Pawns were a nice idea not exploited to the maximum like many others in the game: it was not possible to take control of them for acooperative experiencenor interacting with them in particular ways other than the use of a specific “chair” with which their behavioral tendencies could in some ways be regulated. In a sequel, therefore, we would like to see a coop linked to them: what better character to help your friend, after all, than a servant you created and easily downloadable online? If you then take for real some leaks that appeared on the net some time ago (after the game appeared on the famous “GeForce list”), it seems that this time there will be the possibility of definitely sacrifice one of your Pawns and to curse him for great advantages (apparently this guarantees a very powerful weapon), but at the same time doing so makes him a constant antagonist ready to attack you every time you enter the fault to summon other minions. It’s hard to say how real there is in these voices, but it would undoubtedly be a twist to the innovative formula, and we’d like to understand how it can be creatively linked to narrative, or exploited during progression. Finally, a more painstaking and elaborate management ofartificial intelligence of our companions we would not mind at all, despite the fact that the base game was already markedly more advanced than the average of the genre.

Another element to improve? Navigation and map complexity. More exploration rewards, first of all, and not just flurry combat with varying enemies. The presence of mounts would also be a boon, as well as smarter handling of fast travel. In Dragon’s Dogma this latter aspect was partially resolved by Dark Arisen’s greater number of teleportation crystals and a special reusable gem, however here it would be nice to see something more peculiar and unique in action. Always returning to the rumors, it seems that in Dragon’s Dogma 2 the “stations” for fast travel will be more useful and numerous, but that they will be real journeys with a map visible from above, and possible ambushes to be faced. An interesting choice, which would once again indicate a certain focus on the clashes as he wanders around the map and will be handled well not to become quickly tedious.

Here, of course, in addition to the things we want to see added, there is one that must disappear: the escort missions. They were tedious and far too numerous in the original (albeit mostly optional), and were never a good gimmick. More elaborate and interesting quests than the secondary ones seen in the predecessor are practically a must.

For the rest of possible evolutions there are a myriad: a class system less “forced” in the statistics and yet equipped with as much variety would already be a boon, and at the same time we would also like to see variations in the atmospheric conditions while exploring, a greater importance given to camps, dungeons and inhabited centers, and perhaps a revival of the structure of Dark Arisen calculated as content endgame. Working on these elements could completely eliminate the structural flaws seen in the past and shape an action RPG with no downtime reinforced by exceptional combat.

Here, while we are talking about combat, for our part we would also like to see the climbing mechanics exploited to eliminate even more huge enemies than the old bosses: titanic clashes against opponents as big as mountains, where climbing is fundamental (rarely of course, in order not to ruin the spectacularity of the whole with excessive repetition).

As a basis, they seem sufficient for a sequel capable of beating the base game in all respects, but given the names involved, we don’t think Capcom needs any particular advice. Anyone who played the first Dragon’s Dogma knows how great a well-made and well-supported sequel could be.

It is a serious matter of trusting and being patient.

Dragon’s Dogma 2: what to expect from this long-awaited sequel after the official announcement.