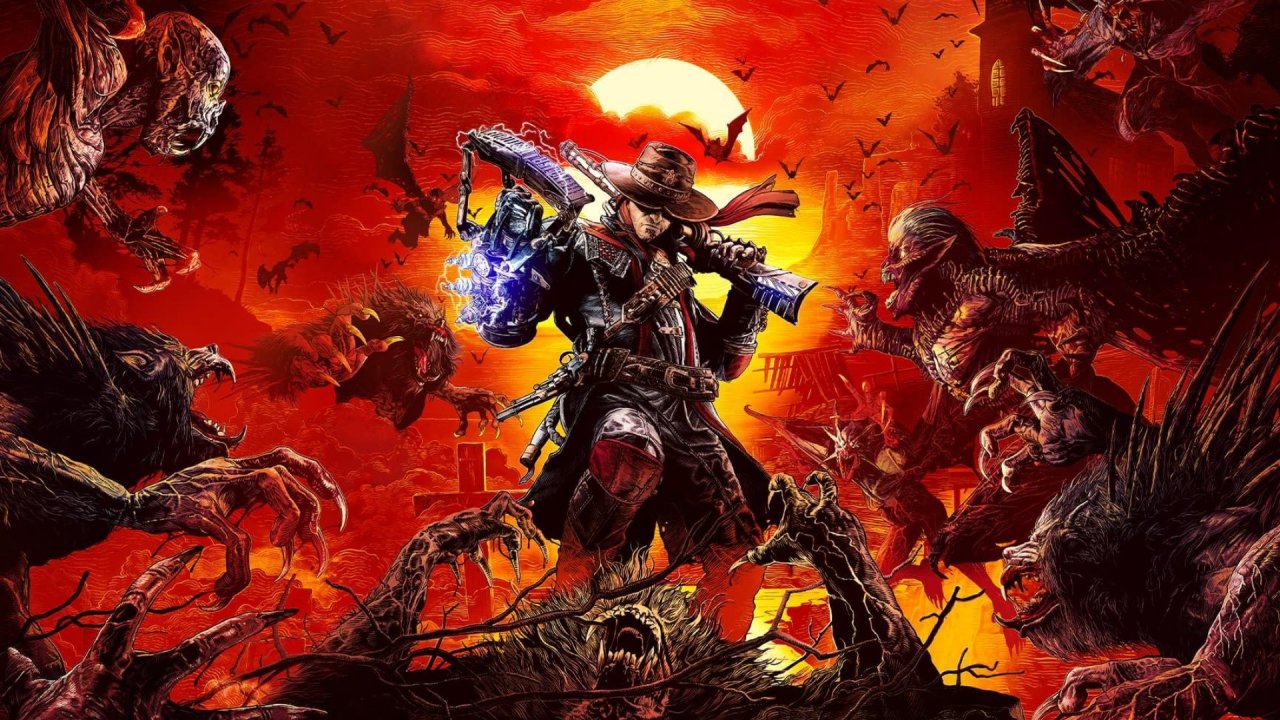 A few months after the release of Shadow Warrior 3, the guys from Flying Wild Hog try their hand at an action with a very particular setting: the review of Evil West.

Someone in Flying Wild Hog must have really liked God of War a lot, to the point of wanting to recreate that same system (complete with a clear homage, see the opening sequences of the boxes) in the context of an action that nonetheless has a decidedly different setting compared to the mythological lore of Kratos and Atreus’ adventure.

In fact, the game projects us into an alternative, dark far west, threatened by the forces of evil. An America on the brink of the abyss, were it not for the Rentier Institute and its brave hunters: special agents armed to the teeth and equipped with a special steel glove that allows them to hit the snouts of vampires, werewolves like a mallet , trolls and undead.

The premises are captivating: all, none excluded; but was the Polish team able to implement them in the best way? We reveal it to you in Evil West review.

Story: between cowboys and monsters

Evil West is certainly not the first video game that imagines a alternative far west, populated by monsters and demonic creatures: the strategic Hard West did it very well, not long ago. The idea of ​​the organization that deals with counteracting evil creatures, using a technology that is decidedly ahead of its time, is also very little original, but always able to fascinate and from this point of view the title of Flying Wild Hog is no exception.

The character we control is Jesse Rentier, shrewd and rebellious son of the founder of the Rentier Institute: a man of few words and damn good at his job, which is to track down and kill monsters. In the initial stages of the campaign we find him on a mission together with his colleague and friend Edgar Gravenor: the two are intent on tracking down an old acquaintance of theirs, a vampire who apparently knows what is happening behind the scenes and what power is preparing to fall on the world.

A vampire particularly dangerous, although with the appearance of a little girl, she has in fact gathered an army and is preparing to launch a devastating attack, setting herself the headquarters of the Rentier Institute as her first objective: without the hunters’ guild it will only be a matter of time before the United States falls under the blows of the creatures of the night, and it will be up to us to prevent this from happening.

There history of Evil West turns out to be rather linear and with predictable narrative implications, but its biggest problem lies in the writing of the characters, who unfortunately do not enjoy sufficient characterization to make them stand out. The protagonist himself, thanks to a fairly generic design, looks no different than any other old-school video game hero: a pity, because the potential to do better was all there.

As mentioned at the beginning, Evil West clearly pays homage to God of War in terms of gameplayusing the same visual type and similar control layout as the Santa Monica Studio title to deliver us a combat system which is in fact the most successful and valid aspect of this production, truly rich and varied, as well as effective in rendering the impacts well.

Jesse can take on his enemies by striking powerful punches by repeatedly pressing the right lat, or holding it down and acting on the directions of the analog stick to perform devastating uppercuts complete with a volley, or even jump attacks. The character can make an instant parry with the left backbone or dodge with the X key while moving left or right.

The right trigger allows you to fire the revolver, the left one to aim to use the rifle (with a very aggressive automatic lock by default), while the square button activates the very powerful shotgun, which however requires long cooldown times: one of the many strategic elements of combat system of Evil West, which from this point of view is truly multifaceted.

Proceeding in the campaign we will get new tools of death and destruction, also characterized by a “short magazine” (but the ammunition is infinite, don’t worry) and recallable with the d-pad keys: a flamethrower, grenades, a Gatling gun . After that there is the Rentier glovewho can channel electrical energy and unleash it to attract enemies and pummel them while they are rooted, or dash at them and achieve the same effect.

That’s not all: a special indicator allows Jesse to perform spectacularly special moves. One of them locks all opponents on the screen with electricity, allowing us to hit them freely while the effect lasts, while the other gives us the ability to unleash a series of powerful attacks with lightning speed. The power up system further enriches this already extensive repertoire, introducing several new maneuvers.

In short, we really liked the fights of Evil West, even being able to count on one enviable variety of enemies: in addition to the basic creatures, the so-called “sanguisugae”, there are at least a dozen different bosses who in the final stages of the campaign are thrown against us with extreme violence, in groups of three or four at a time, giving rise to truly visceral sequences and demanding, which on PS5 also make full use of the features of the DualSense controller, in particular the adaptive triggers.

Unfortunately what is around the fights turns out to be mediocre, the son of one very dated conception of level design, which in fact abounds in more or less invisible barriers and feigns openings whereas the path that we find in the sixteen chapters of the campaign is always very linear. There are some simple environmental puzzles to solve, chests and cash to be found, but all of the exploration is just filler.

Having said that, the options support the basic system very well, giving us the possibility of accessing the new game + once we get to the end of the campaign, whose duration is about ten hours, or to face the levels by activating permanent death, therefore with a dry attempt. Finally there is the modality cooperative online, which however does not have matchmaking, works only by invitation and moreover only stores the progress of the host: a pity.

The announcement relating to the resolution and frame rate of Evil West on the various consoles caused quite a discussion: in practice, the game boasts on PS5 and Xbox Series X the two classic graphics modesone with an emphasis on resolution that runs at 4K and 30 fps, the other focused on performance but drops down to 1080p to be able to offer 60 fps.

It’s true: the developers have done an excellent job in terms of bestiary and the enemies are plentiful and well differentiated, but even here once you leave the field of interest of the fights you come across a myriad of heavily outdated solutionswith sometimes ridiculous effects (see splashes of water and flames) and, in general, the feeling of being faced with a product from another era: not exactly that of the Far West, but we understood each other.

The sound seemed fair to us as regards the dialogues in English (subtitled in Italian), recited with sufficient conviction even if inevitably weakened by the lack of originality of the characterizations, rather good in terms of audio effects but sometimes incomplete in terms of the music, from which it was perhaps it is reasonable to expect something more.


Evil West is an action packed with spectacular, frenetic, fun and challenging fights, in which we will be able to take advantage of a huge repertoire of moves and weapons to kill hordes of monsters, vampires, werewolves and undead from a bestiary in the most painful way possible surprisingly rich. Unfortunately, everything else leaves something to be desired: from the writing to the level design, passing through the extremely dated technical sector, the Flying Wild Hog title would have needed more care and more resources.

Evil West, the review of the action western based on monsters